The position of an independent director is much sought after for its prestige, but it comes with its share of caveats

Being an independent director on a company board can be hard work, but the position is much sought after for the prestige it brings, as well as the promise of enhancement of professional skills and networks. These positions, while they do carry a legal liability, are also well paid, with annual earnings ranging from a few lakh rupees to over ₹ 1 crore, which includes remuneration for attending board meetings, working on board committees, and a share of company profits.

Hyderabad-based Jagannadham Thunuguntla, currently the head of research at financial services firm Karvy, believed the new law made it possible for him to work as an independent director. “I had spent years in the financial markets working with different industries, on fund-raising and on regulatory matters, and felt I had the experience to contribute to a company," says the 34-year-old, who sought this position because he knew that an additional role as an independent director would help his career.

He signed up for the Directors Club, a specialized two-day training programme (Read below “Get Trained"), and spread the word that he was looking for directorship opportunities. Around the same time, independent of the programme, he joined the board of Responsive Industries Ltd, a Mumbai-based manufacturer of polyvinyl chlorides flooring and sheeting, as an independent director. The firm, with a turnover of around ₹ 1,500 crore (2014-15), was looking for someone with financial expertise, and Thunuguntla fit the bill. The Companies Act defines the independent director’s role as being one that can “balance the conflicting interest of the stakeholders" and bring “an independent judgement to bear on the Board’s deliberations, especially on issues of strategy, performance, risk management, resources, key appointments and standards of conduct", among other things. “A good independent director needs to be one who will question, comment, analyse and be the devil’s advocate; one who understands his role and brings fairness and has the ability to examine different aspects of a proposal before it is taken up for decision," says M. Damodaran, former Sebi chairman and founder of Excellence Enablers, a corporate governance advisory firm.

While becoming an independent director is great for career growth, the position comes with its set of responsibilities. “Good boards require that you spend at least three-five days in preparation for, and after, a board meeting. Doing a thorough review of the pre-reading material, discussion of minutes, meetings with management and other board members outside of board meetings is important," says Mumbai-based Sunit Mehra, partner at the talent advisory firm Hunt Partners.

But spending time on a company board does give executives an edge. “It contributes to an executive’s growth in multiple ways. It helps you get a perspective which is non-operational. You understand how a board works and how management decisions may be perceived by stakeholders. All these experiences help you be a better manager," says Mumbai-based Govind Iyer, partner at Egon Zehnder, a global talent management firm.

Several companies encourage members of their leadership teams, like chief executive officers and executive directors, and functional heads, like chief financial officers, to sit on at least one external board of a company that isn’t in the same field. “This is considered a good practice, as it gives the individual an inside perspective into the business issues of another company/industry and enables interactions with other high-profile and erudite people. And it helps when the individual is expected to take on more senior roles within the group," says Mehra.

“For executives running the business, the broadness of outlook that comes with being part of another board is very important," says Abanti Sankaranarayanan, Mumbai-based business head at United Spirits Ltd (USL), manufacturer of alcoholic beverages. At USL and its parent company Diageo India, senior executives are encouraged to take board positions. Sankaranarayanan sits on the board of retail chain Shoppers Stop. Anand Kripalu, USL’s managing director, is an independent board director at consumer goods Marico Industries. “You get to know other board members from diverse backgrounds and learn a lot from formal and informal interactions," says Sankaranarayanan.

A good company board can have a fantastically diverse set of people. It’s been my best learning forum, says Mumbai-based chartered accountant Shailesh Haribhakti, who runs audit and advisory firm Haribhakti Desai Consultants India. Haribhakti spends a lot of his time on matters related to seven public limited companies in which he is an independent board director. Recently, he was in Delhi to attend the board meeting of a family-run firm. “At the meeting, the business strategy for the firm’s five different businesses was discussed in great detail. It was an illustration of the merit of what board members can contribute through their diversity, their experience, their ability to sense what is happening," says Haribhakti.

Luis Miranda’s first brush with sitting on a company board came not as an independent director but as an investor. At private equity firm ChrysCapital, where Miranda worked from 2000-02, and then at private equity firm IDFC Alternatives, the employees were often nominated to sit on the boards of companies they invested in as nominee directors. From there on, it was the personal connect with different promoters and managements that led to his taking up board positions as independent director. “Having sat on company boards as an investor familiarized me with a lot of the standard aspects of being on a board," says Miranda. Today, he serves as an independent director on four company boards, including those of technology research firm CSIR Tech, Singapore-headquartered SilverNeedle Hospitality, consulting firm Samhita Social Ventures and the GMR Group-owned sports franchise Delhi Daredevils. He spends 3-4 hours every week on matters involving these company boards. 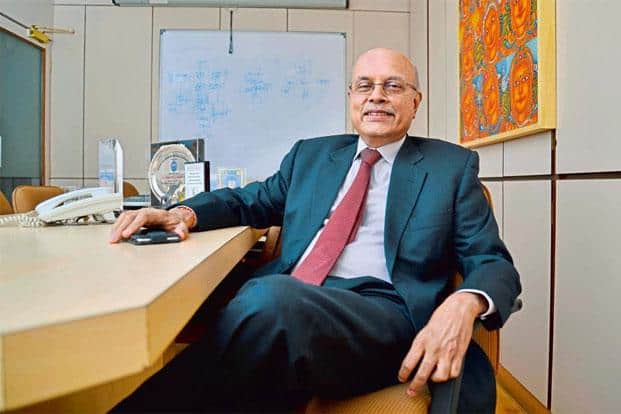 Investors like Miranda, who have worked in private equity and sat on company boards, find themselves well prepared for the role of an independent director, but for other executives, training and networking are important.

Being an independent director is serious business. But if you find your employer unenthusiastic about the idea, try working with firms in an advisory capacity, says Purvi Sheth, Mumbai-based chief executive officer (CEO) at consulting firm Shilputsi. “In India, it may be a double-edged sword: While some employers perceive it as a sign of leadership ability, others might have concerns about timing and vested interests," she says. Advisers can be more hands on, can have significant impact, and be a good sounding board to company CEOs.

If you do wish to be an independent director, however, you could join a specialized training programme to discover board-level opportunities. You can sign up with talent hunting firms such as Egon Zehnder, which also scout for board members.

Personal networking, however, remains the most accepted route. Reaching out to like-minded individuals who are already on boards and asking them to refer you is a good way to start. “You have to be very choosy about the kind of directorship you take on—don’t become an independent director just for name. It’s also risky to get into certain organizations that may have compliance issues," says Sheth. Thunuguntla says he did due diligence before he agreed to join Responsive Industries. “I met the management and understood their business. I read all the financial statements, went through the profiles of the other independent directors and saw how long they had been associated with the job before accepting the role."

Having a personal connect with the company can also be a deciding factor. Miranda says he has only worked with boards where he is comfortable. “There have been cases where independent directors have got involved not through any fault of theirs but because the company did something wrong. While the new Companies Act does give some protection to independent directors, you still may go through a lot of grief if there are any irregularities," says Miranda.

So if you want to make an impact as a director, picking the right company board is important. “Go into a sector where you may have worked, or one you have a passion for," suggests Egon Zehnder’s Govind Iyer, adding, Don’t just make a choice on the basis of the company’s market capitalization size.

The Directors Club programme is held three-four times a year by talent advisory firm Hunt Partners, in collaboration with the SP Jain Institute of Management and Research and corporate advisory firm Board Evaluation Ltd, UK. It is a crash course on global best practices in corporate governance, understanding the duties of a non-executive and the behavioural skills required. The next programme will be held from 9-11 September in Mumbai. Fee, 1.97 lakh. Click here for details.

The Indian Institute of Management, Bangalore, conducts the three-day “Board Best Practices". The next programme will be held from 21-23 November. Fee, 1.15 lakh. Click here for details.