Book review: ‘One Day in the Season of Rain’

Madan Mohan Guglani was born in Amritsar in 1925. At the time of independence, he was 22, but he was already known by his literary name—Mohan Rakesh. By the time he was 25, he had published a volume of one-act plays, as well as a collection of short stories. By the time he was 30, he had added a travelogue and a translation of humorous sketches to the list. Soon, he had authored a collection of pen-sketches, two more collections of short stories, plays and literary criticism. His short stories established him as a major new voice in what was called the Nayi Kahani, or New Story, movement.

It was a time of the new. Nayi Kahani was complemented by Nayi Kavita (New Poetry) and Naya Upanyas (New Novel). Auteurs like Satyajit Ray and Ritwik Ghatak were forging a new kind of cinema. Badal Sircar, Girish Karnad and Vijay Tendulkar were writing new kinds of plays. When Habib Tanvir started his professional theatre company in 1959, he called it Naya Theatre. It was in this context of artistic ferment that modern Hindi theatre was born, and its most important playwright was Mohan Rakesh.

And while Mohan Rakesh, who died in 1972, wrote a lot and in various forms, it is his plays that have assured him a place in history. And when you consider that he wrote only three complete full-length plays, that is a major achievement. With Ashadh Ka Ek Din (One Day In The Season Of Rain, 1958), Lehron Ke Rajhans (The Royal Swans Of The Waves), 1963), Adhe Adhure (Half-Way House, 1969)—particularly the first—he pretty much inaugurated modern Hindi drama.

Over the years, Ashadh Ka Ek Din has been translated in several languages, besides English, including Kannada, Assamese, Manipuri, Marathi and Bengali. One of the earliest translations of the play in English was published in 1969. In their just-released English translation, One Day In The Season Of Rain, Aparna and Vinay Dharwadker revisit the iconic play. 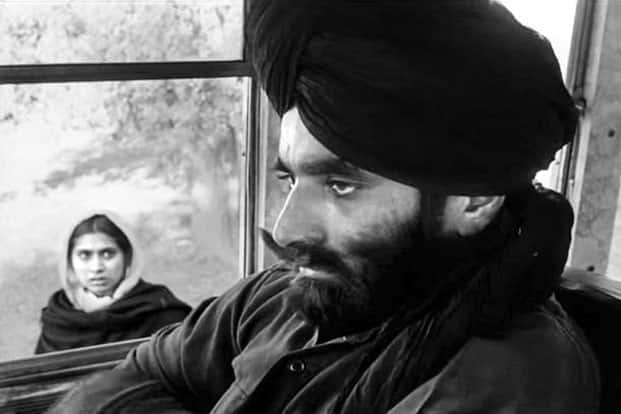 Today, of course, Ashadh Ka Ek Din is so entrenched in the canon that it is easy to miss why it was so startlingly new when it first appeared. The play is about the classical Sanskrit poet-playwright Kalidas. Generations of Western scholars have celebrated Kalidas as the arch-canonical literary presence. Not for nothing is he called “Mahakavi" (the great poet). For others, he became the figure that allowed us Indians to assert pride in our literary past.

Mohan Rakesh, however, is not interested in a heroic depiction of Kalidas. In fact, the opposite. In his telling, Kalidas is a genius, but a self-centred, almost callous genius. In some ways, you could say that Kalidas is not even the most important character in the play. That position belongs to his muse and lover, Mallika. Kalidas is torn between Mallika and his own ambitions. He is a small-town boy, from a village in the Himalayan foothills. When he is offered the position of the royal poet in the court at Ujjaini, he is filled more with trepidation than happiness. It is Mallika who encourages him to leave. She believes in his talent. But she also believes in him—she believes he will call for her. But, of course, he never does. On the contrary, he marries a rich, sophisticated woman. Mallika, in turn, marries Vilom, who both Kalidas and she loathed. When, in the end, Kalidas does return, it is too late.

This anti-heroic treatment of Kalidas was, at the time, somewhat shocking. Mohan Rakesh notes in a diary entry from February 1959 that “Sarvadanand Verma, Bhagavati Charan Verma, Amritlal Nagar, etcetera, remained antagonistic". But this was not the only reaction. The play was also liberating, treating its protagonists and their dilemmas and contradictions with a modern sensibility. Its publication was greeted with enthusiasm in cultural circles. As theatre director Satyadev Dubey said, the play “electrified the literary and theatrical circles" because it was a “revolutionary breakaway" from the earlier kind of theatre. The first edition of 1,000 copies sold out in three months. In 1959, it won the Sangeet Natak Akademi’s prize for best play. The following year, when it was produced in Calcutta by the group Anamika under the direction of Shyamanand Jalan, the production also won the Akademi’s award.

Ebrahim Alkazi produced the play for the National School of Drama, with Om and Sudha Shivpuri delivering career-defining performances. In Bombay, Satyadev Dubey directed an equally celebrated production. Other well-known directors to have taken it up include Amal Allana, Rajinder Nath, Bansi Kaul, Joy Michael, Ram Gopal Bajaj and Atul Pethe. There is no doubt about it: the play has become a classic. 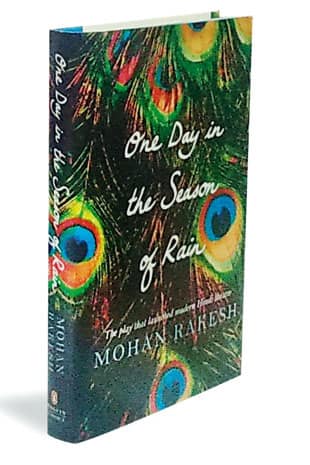 The translators do a competent job when faced with the more poetic passages, but sometimes slip up with the “ordinary" lines. Thus, for instance, this sentence in Hindi: “Baithe-baithe man udas ho jata hai, parantu baithe-baithe roya to nahi jata", after translation, reads: “One feels sad for no reason. But one doesn’t just sit and cry." The translators have broken up the original single sentence into two for no apparent reason. Moreover, the translation of “baithe-baithe" as “sit" in the second sentence not only makes it a bit awkward on the tongue, it actually misses the point—“sit and cry" is something you do when you are unable to take any action in response to something sad, whereas all Mallika means is that “One can feel sad for no reason, but one doesn’t cry for no reason."

At the heart of the play is a compelling, but all too common, conflict—between an idealist’s adherence to values and the pursuit of material well-being and fame; between art and power; between love and success. By placing the conflict in the character of Kalidas, Mohan Rakesh gives it a timeless quality. Mallika sacrifices a lot for Kalidas who, in turn, spurns her love, but she is no wimp and comes across as a strong, even if tragic, character. So the fact that the play, a masterpiece of the modern Hindi stage, has been reissued in a handsome new edition is a welcome development.

Sudhanva Deshpande is an actor and director with Jana Natya Manch, and works as an editor with LeftWord Books.