Google has unveiled new Nexus phones, Chromecasts and a tablet that can become a laptop

Google is on a roll. The company has announced new hardware just before the festive season shopping rush. Bucking the trend of previous years, there isn’t one but two Nexus smartphones, an updated Chromecast as well as a new Chromecast device, and an official confirmation about the release of the next Android operating system, Android Marshmallow. We take a look at the most important announcements from Google Nexus 2015. 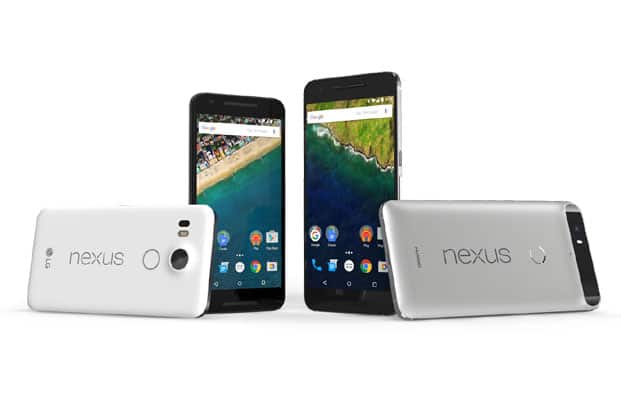 Nexus 6P: A Nexus unlike others

The bigger Nexus phone is made by Huawei, and is called the Nexus 6P. There are several hardware upgrades compared to last year’s Nexus 6—Google is calling it its “most premium phone yet". It has a 5.7-inch screen, which is marginally smaller than the predecessor. The metal-bodied 6P is 7.3mm thick, runs the Qualcomm Snapdragon 810 processor, packs in a big 3,450mAh battery, has a new fingerprint sensor called the Nexus Imprint, uses the USB Type-C port and, as Google claims, can charge the battery twice as quickly as an iPhone 6 Plus. The 6P has a 12.3-megapixel primary camera, using a Sony sensor, and can take 4K videos and slow-motion shots.

The phone will be available in frost white, aluminium, and graphite colour options, with the 32GB version priced at $499. Google is now taking pre-orders in the US, UK, Ireland, and Japan, while the phones will ship in late October.

We must consider the Nexus 5X as the much delayed successor to Nexus 5 smartphone from a couple of years back. The 5X manufactured by LG has a 5.2-inch screen, and runs Qualcomm’s Snapdragon 808 processor. This Nexus also has a fingerprint sensor and uses the USB Type-C port for charging. There is a 12.3-megapixel camera and a 2700mAh battery.

This more affordable Nexus smartphone will be priced at $379 and is available for pre-order in the US, UK, Ireland, South Korea, and Japan. The devices will start shipping in late October. This is the first time Google is attempting to take on the Chinese smartphone companies, and this will be a rather interesting battle. Android Marshmallow on the menu next week

Android 6.0 Marshmallow, the latest version of the Android operating system for smartphones and tablets, will begin rolling out to users next week. Specifically, Nexus smartphone users, first. The operating system focuses on improved battery life, better privacy controls and enhanced search and notifications.

Surely, smartphone makers such as Samsung, HTC and Sony would be delighted, because it allows them as well to roll out phones with the latest OS this festive season. In fact, HTC has already confirmed that the roll-out of Android 6.0 will begin before the end of the year for its One M8 and One M9 smartphones, with the more recent One and Desire series launches in line to get the update early next year.

Serving up Marshmallow sweetness real soon. Android 6.0 to start hitting HTC before the end of the year: pic.twitter.com/axITsYSyn9

Google’s Chromecast streaming allows users to send videos and photos from their phone and laptops to the big screen TV. The unassuming wireless device just got an upgrade. Chromecast 2 now supports the much faster 5GHz Wi-Fi networks, which will significantly improve performance when streaming HD files in areas with many Wi-Fi networks. There are now three different antennas (the earlier Chromecast had only one), which mean better signal reception too. The Chromecast 2 looks different. Instead of the earlier pen-drive inspired design, it now looks like a small disc, with an HDMI extension at one end. Though this device is usually hidden behind the TV, Google has still tried to add some colour—red, yellow, and black are the three colour options. Interestingly, the Chromecast 2 retains the earlier price tag of $35.

Along with the new hardware, Google is also updating the Chromecast application for Android and iOS devices. You will get all Chromecast capable apps listed in one place, and streaming from any of them will become simpler.

Chromecast Audio is quite unexpected. This device is also all about wireless streaming, but instead of plugging into the TV, it plugs directly into any music system or speakers you own, through the standard 3.5mm port. This not only brings your old speakers up to date with the wireless trends of the present day, but it also relies on Wi-Fi which means streaming quality will be better than Bluetooth. The Chromecast Audio also costs $35.

At present, Google says the Chromecast Audio dongle works with apps such as Spotify, Pandora and Google Play Music. Incidentally, none of these officially work in India, and we are yet to get confirmation on which other apps will support this device in the near future. The Pixel C, manufactured completely by Google, is their answer to the hybrid computing device concept that the Microsoft Surface tends to boast about. This is essentially a tablet with a magnetic keyboard that can be attached when necessary. This tablet will run Android Marshmallow when it rolls out later this year. It will be priced at $499, with the keyboard being an additional accessory worth $149.