A lucid guide to who can influence organizational culture, and how

Packed with real-life examples and illustrations, Margaret Heffernan’s Beyond Measure: The Big Impact Of Small Changes is easily one of the more enjoyable books on organizational culture. Heffernan straightaway lays out the premise: everyone from the janitor to the chief executive officer has a stake in the work culture. And they have the power to influence it, too, because what makes up organizational culture is not just big sweeping policy changes but also tiny, incremental details like how often employees take a coffee break and what they do on it.

Part of the reason for the brevity, and directness, of the book (at 107 pages, it is about half the length of most management books) is that it is part of the TED Books series launched by the Technology, Entertainment, Design, or TED, forum in September. TED has since released books like The Future Of Architecture In 100 Buildings by Marc Kushner, and The Art Of Stillness by Pico Iyer. The books are usually around 100 pages, and are an extension of the 18 minutes or less talk the authors give at TED. Heffernan’s book is based on a talk she gave at the 28 May TEDWomen conference in Monterey, US, titled “Why it’s time to forget the pecking order at work".

Much ink has been spilled on the efficacy of ideas like doing away with hierarchies, shaking things up by forming interdisciplinary project teams, an open-office plan and building cultural and gender diversity into teams. Companies have tested, and bragged about, concepts from offering free food in the cafeteria to introducing hours in the workday when no one can call meetings. This book stands out partly because Heffernan takes a meta-view of these steps. While companies may choose different paths to get there, she says, what they should strive for to create a robust culture are “creative conflict", more “social capital", an appreciation for thinking as an activity that requires time and energy and making “leaders everywhere". 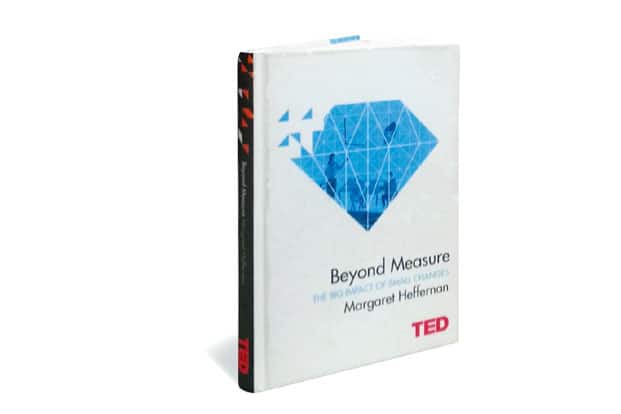 Heffernan draws examples from varied fields to substantiate her arguments in the book. Like the example of David Ring, an orthopaedic surgeon at the Massachusetts General Hospital, US, who “performed a carpal tunnel operation on a patient whose complaint was trigger finger". Ring not only corrected his mistake when he realized it, writes Heffernan, but also shared the result of his investigation into why the mistake occurred with peers.

Next on the list, social capital is really sort of the jelly in which all the progressive idea sharing and developing happens. It’s when teammates trust each other and are confident that they will be heard that they can share ideas freely, according to Heffernan. It is in this section of the book that she shares some truly surprising insights. For example, introducing too many new members into a team at once is a bad idea. To infuse new blood into a team, one new member every three or so years is enough.

Not all of the ideas Heffernan talks about are new: Many productivity gurus have written about the disadvantages of multitasking and being too busy to allot time for thinking. Still, her straightforward, actionable advice in the section on “Thinking is Physical", such as going for a half-hour walk if you’re stuck on a problem rather than toiling away in the office, is refreshing. The illustrations—three in this section alone—lend a memorability to these ideas we know but rarely practice.

Creating leaders everywhere is about looking past superstars to accept great ideas irrespective of where they come from. It’s about distributing resources and support across the organization, so people are motivated to think about problems and feel confident enough to share solutions.

Beyond Measure is a quick read. Heffernan breaks down concepts that are difficult to pin down into actionable steps, and shares so many examples from fields as diverse as business and medicine to crisis control that almost anyone can find in it an echo of their work life.