Madhav Khosla | By the book

Madhav Khosla | By the book

Madhav Khosla became interested in the Indian Constitution towards the end of his education at the national law school of India, Bangalore. “I continued to focus on it during my master’s at Yale Law School, and the fascination remains," he says. Khosla, currently a PhD candidate at Harvard University, US, has introduced India’s founding document in The Indian Constitution (Oxford India Short Introductions), which inaugurates Oxford University Press India’s exciting series of Oxford India Short Introductions, slim and clear explanations of vital phenomena like caste (Surinder S. Jodhka), natural disasters and Indian history (Tirthankar Roy), and the poverty line (S. Subramanian).

Khosla’s compact, eloquent book doesn’t just explain a book most Indians stop thinking about after school-level Civics classes; it reacquaints us with the Constitution’s fundamental importance to public discourse in India today. Edited excerpts from a conversation:

How did you work with the problem of ‘introducing’ the Constitution without necessarily simplifying it?

This was certainly the big challenge. The idea was to write something that can at once introduce the document and be the first book that many people read on the Constitution as well as a book that can make narrow, critical interventions in key scholarly debates on different aspects of the document. I’m not sure how well that’s been achieved, but at many stages of the book I tried to ask whether an intelligent, generally well-informed reader would be able to grasp the paragraph even if he or she cannot fully engage with it.

Did you have an ideal audience or reader in mind as you wrote the book? 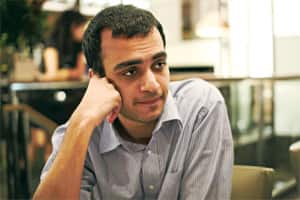 The Constitution is inevitably shaped by and shapes politics. How it does so is a question far too ambitious for my book. But something I do try to gently do, wherever I could, is suggest how certain legal decisions were shaped by the political circumstances as well as how our overemphasis on politics has prevented us from appreciating the legal significance of particular aspects of our Constitutional law.

You say in your book that Article 32 (the power of judicial review) is the heart of the Constitution. Is that a lawyer thing?

I actually refer to a quote of (B.R.) Ambedkar where he uses that description—but the larger point I try to emphasize is that one of the striking things about India’s Constitution is that it is one of the few constitutions that vests such strong powers of review in a judiciary. It’s interesting why the founders—a group of such radical democrats—trusted the judiciary so deeply.

Presumably, lay interpreters often get things wrong about the Constitution in public discourse. What annoys you most about this?

I don’t really mind interpreters getting particular things wrong, and, of course, the interpretive project has genuine space for disagreement. But I think it can be frustrating when constitutional debates operate at a level of symbolism and abstraction where they become entirely devoid of analytical precision. So, for instance, policies will be defended and opposed in the name of things like “equality" or “nationhood" or “citizenship" or “liberty" without any rigorous reflection into what these political concepts mean, and how they fit into the text of the document. What’s particularly troubling is the extent to which judges and lawyers fall prey to this tendency.