Seventy-five years of the Ranji

Seventy-five years of the Ranji

The Ranji Trophy was founded in July 1934 as “The Cricket Championship of India" at a meeting of the Board of Control for Cricket in India. The first match was played 75 years ago, on 4 November 1934, between teams from Madras and Mysore. Named after Kumar Shri Ranjitsinhji, the championship was designed to emulate the likes of the County Championship in England and the Sheffield Shield in Australia. 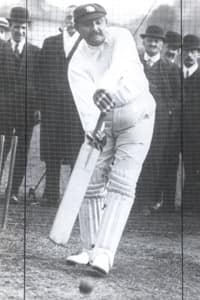 A file photo of K.S Ranjitsinhji, after whom the Ranji Trophy is named.

Here’s revisiting some factoids from the annals of the historic cup:

-It’s named after Kumar Shri Ranjitsinhji (Jam Sahib of Nawanagar, who is also known simply as “Ranji"). Ranji was born into a princely family in Gujarat on 10 September 1872. He picked up his love for cricket when he went to England to study. He played for the Cambridge University team and Sussex county. In 1896, the young prince made it to the English team and scored 62 and 154 against Australia in his debut match. He soon came to be known as one of the finest batsmen of his era.

-The first Ranji Trophy was donated by Sir Bhupendra Singh Mahinder Bahadur, the maharaja of Patiala, in memory of the late Sir Ranjitsinhji Vibhaji of Nawanagar.

- The Ranji Trophy Championship has state teams. As the number of states have increased, so has the number of cricket teams. Still, not every state has a team and some states, such as Maharashtra and Gujarat, have more than one. There are independent teams too, such as those of the Railways and the Armed Forces.

-Syed Mohammad Hadi of Hyderabad was the first batsman to score a century in a Ranji Championship match.

-Sachin Tendulkar scored a century in his Ranji Trophy debut ( and became the only one to have done so in all three debuts–the Duleep Trophy and the Irani Trophy).