For someone with a reputation of being a fashion activist (Kumar has made many a sociopolitical point through his shows over the years), it was only a matter of time before he decided to take up a worthy cause: the issue of work wear for women. Unlike a majority of senior Indian designers who concentrate on “occasion wear", a safer refuge in terms of commercial success, Kumar wants to cater to a gaping hole in the market.

Named after London’s Fleet Street, the hub of British publishing, investment banking, legal and accountancy professions, this shirts-only collection for women boasts of 30 to 40 different styles under various categories, in more than 50 fabrics. 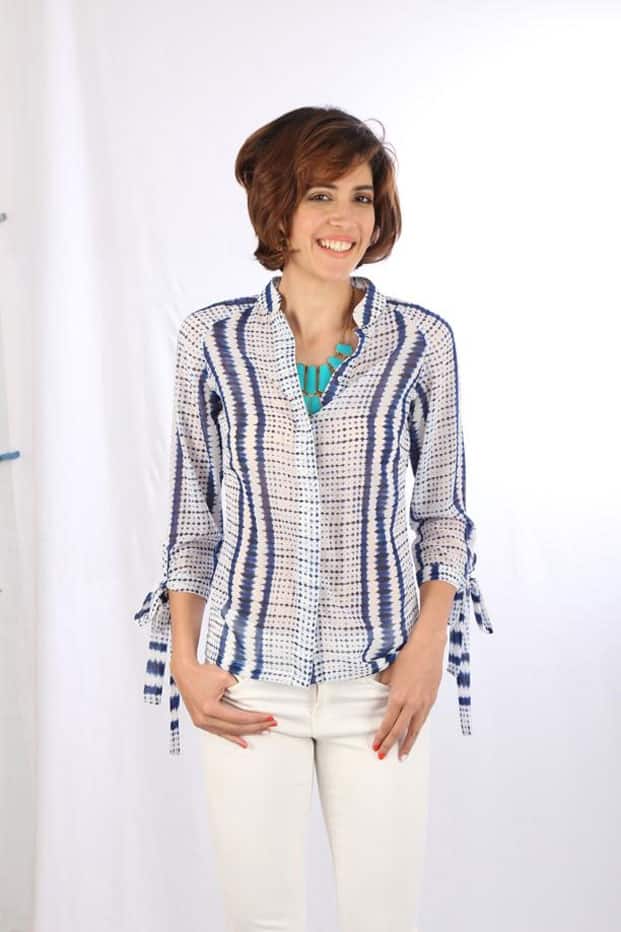 “From bringing in a masculine-inspired look with checks, to the more sophisticated feminine look, the collection allows for a wide breadth of people to participate in the brand. Personally, I like the idea of smart tailoring. You see a lot of it in the West," said Kumar, pointing to television series such as Mad Men, which has inspired smart dressing. “People are paying more attention to their look, from the clothes right down to the accessories," he added. According to estimates by Technopak, the total women’s apparel market in India is pegged at ₹ 115,000 crore. Of this, western work wear accounts for ₹ 3,500 crore. But while the base is small, it’s one of the fastest growing segments, along with denim, in women’s fashion wear.

Kumar has been toying with the idea of making work wear for over a decade. He created a line called Chai in 2005, an urban prêt brand with prints and tailored shirts. The collection drew appreciation from the likes of Simone Tata, chairperson of Trent Ltd. She liked it so much that she invited Kumar to design a work-wear line for the company’s retail venture Westside a few years later.

Kumar’s current role as creative director with Amazon.com, one of the largest e-commerce marketplaces in India, acted as a catalyst for his vision. “Three years of being with Amazon has shown me a way of reaching out and creating a line for this segment," said Kumar.

“Through online retail, you can reach more people across the country, creating product accessibility. Moreover, cutting out factors such as retail investments from the equation, allows you to control the cost of the garment, which is critical," he said.

“Retailing through the online route allows you to cater to not just the large cities but also smaller cities where the need (for women’s work wear) is even more acute due to poor access to multiple retail outlets. Moreover, selling online helps keep prices down as you cut out expenditure on retail spaces which can be unusually high in India. For instance, (contribution towards) real estate would easily account for 15-25% of revenue. If it’s a shop in shop, that percentage could go up to 30-40% (of revenue)," said Nangia of Technopak.

For inspiration, Kumar is constantly looking to society for cues—from trends in interior design and advertising to the dominant colours for cars on the street. “Most people tend to look at these things in isolation but for me, they offer precious clues to the state of the nation, creatively," he said. “All my work has been about understanding, reflecting, and capturing that zeitgeist."

To suit the online delivery of the brand, Kumar is using new media to create a buzz around his collection. “The idea is to make it a real people campaign as opposed to a high fashion model campaign," he said.