When cricket loses to the Olympics

When cricket loses to the Olympics

Cricket, otherwise England’s biggest summer sport, has been forced to play second fiddle to the London Olympics. Even the grim struggle of Andrew Strauss’ team to retain its No. 1 Test status against hardy South Africa has been relegated to the innards of the sports sections of newspapers.

Over the past fortnight, I can’t remember a single day when cricket has featured on the front pages, or made it to prime time television. Newspapers have had 24-, 36-, 40-page sports supplements, but dedicated meagre space to cricket. Kevin Pietersen’s extraordinary counter-attacking century against Dale Steyn, Mornie Morkel and Vernon Philander at Headingley—which would normally have been the toast of the country—raised the tempo a bit, but not enough to become the country’s talking point. 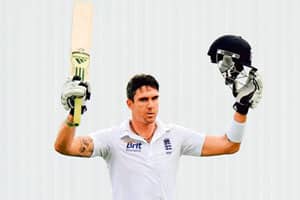 In a sense, this is understandable. There is a lot at stake and a great deal to prove for England in the “home" Olympics and the media has backed the effort unstintingly. For instance, official broadcasters BBC—the bastion for English cricket till its position was usurped by Sky Sports—had 24 ordinary and 24 HD channels dedicated to the Games. For the viewer, such carpet-bombing has ensured non-stop and total coverage of the Olympics—from the preliminaries to the finals of almost every event.

The rousing success of the home country—popularly known as Team GB—has obviously upped the hysteria for the Olympics further, reducing the impact of cricket even more in the bargain. Cricket played outside England, for instance, has barely found mention even as brief items, which would not please Indian captain M.S. Dhoni or West Indies’ Darren Sammy.

The moot question in this scenario is whether cricket can ever become an Olympic sport. On the face of it, this seems improbable, though it is of interest to know that it featured in the 1900 Games in Paris. A solitary match was played between England and host France, which the latter lost.

Since then, there have been a few futile attempts to incorporate the sport in the Olympics, the most notable in the late 1990s, when a strong push by England, Australia and India saw it re-enter as a multidiscipline event in the Commonwealth Games at Kuala Lumpur as a demonstration sport.

Sachin Tendulkar and Steve Waugh were among the stellar players in that One Day International tournament which was won by South Africa. Cricket also made its entry into the Asian Games, but was thereafter abandoned as the International Olympic Committee did not quite warm up to the sport. The biggest stumbling block was not just the time taken by each match, but also the fact that so few countries play cricket.

Over the past decade and some, there have been attempts by a few leading players—the most vocal being Waugh and Adam Gilchrist—to get cricket into the Olympic fold to make the sport truly international. Waugh has been part of the Australian Olympics contingent in both Beijing and London.

The introduction of the Twenty20 format has revived hopes of the sport being reintroduced in the Olympics. It fits into the “time parameter" and is not as technically daunting as the longer formats for other non-cricketing countries.

It is not easy to get a sport into the Olympics. It requires hectic lobbying, apart from showing enough numbers as playing countries with a fair degree of ability. The International Cricket Council has said it wants to see the sport in the biggest event of all, but so far this has remained only a desire.

Support from cricket boards has been lacklustre, especially from The Board of Control for Cricket in India (BCCI), which has also had a history of feuds with the Indian Olympic Association and the sports ministry. Considering that it is the richest, most powerful board in the world, the BCCI’s support for any move to get cricket into the Olympics is imperative.

Till such time, cricket remains only tangential to the Games: as part of Danny Boyle’s imagery of pastoral England during the opening ceremony, or Lord’s becoming the venue for the archery competition.

Write to Ayaz at beyondboundaries@livemint.com