Jairam Ramesh attempts to clear his name in this insider's account of the bifurcation of Andhra Pradesh, an event that proved catastrophic for the Congress in the two new states

In February 2014, Parliament divided the southern state of Andhra Pradesh and created India’s 29th state, Telangana. The bifurcation, which followed almost five years of unrest stemming from a bitter statehood campaign, effectively reversed the November 1956 merger of Andhra and the Telugu-speaking areas of the erstwhile princely state of Hyderabad. “The wheel had turned a full circle in fifty-eight years," Jairam Ramesh writes in the opening chapter of his book, Old History, New Geography. “Why did it happen? How did it happen? And when it happened, what exactly did happen?" Those are the questions Ramesh proceeds to answer in the book, providing valuable historical and political context to the controversial creation of Telangana state, which formally came into existence on 2 June 2014. Ramesh played a key role in preparing and piloting the legislation for the bifurcation, as a member of an empowered group of ministers tasked with the job, so this is an insider’s account of what transpired in the years, months and days leading to the carving up of Andhra Pradesh into two separate Telugu-speaking states. The book includes a chapter called Ten Days That Shook Andhra Pradesh—29 November to 9 December 2009—that started with a hunger strike by Telangana Rashtra Samithi (TRS) chief K. Chandrasekhar Rao and ended with a statement by then home minister P. Chidambaram that, as Ramesh recounts, “was destined to change the state’s history."

“The process of forming the state of Telangana will be initiated. An appropriate resolution will be moved in the state assembly," Chidambaram said, requesting Chandrasekhar Rao, known as KCR, to “withdraw his fast immediately." 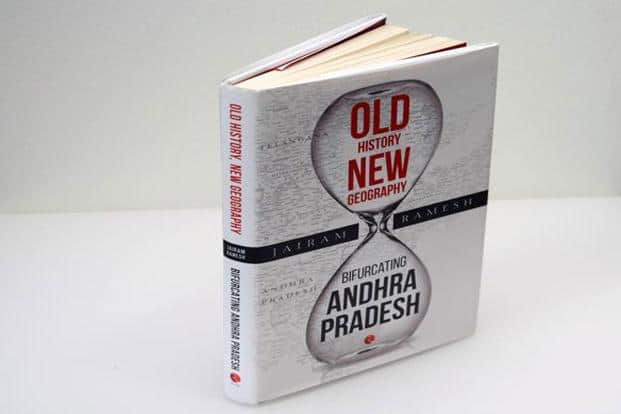 The statement provided a fillip to the statehood campaign. It also set off a rival campaign by proponents of a united Andhra Pradesh and prompted state ministers and legislators from the coastal Andhra and Rayalaseema regions to resign, but it wasn’t until almost four years later that the empowered group of ministers was formed to draft the legislation for a separate state. Ramesh writes of him receiving a letter from the Cabinet Secretariat naming him as a member of the group: “Little did I realize that my life was about to be turned upside down and I was soon to earn the undying wrath of Telugus all over the world who were opposed to the bifurcation of Andhra Pradesh."

He goes on to provide a painstaking account of the consultations that the group of ministers held with stakeholders on issues that included the status of Hyderabad, the main bone of contention, which had received a bulk of the investment that came to the unified state since the 1950s, internal security concerns stemming from the Maoist presence, management of water resources, and economic and financial matters.

Finally, on 13 February 2014, then home minister Sushilkumar Shinde rose to introduce the Andhra Pradesh Reorganization Bill, 2014, in the Lok Sabha. Then there was high drama. “As he was doing so, Lagadapati Rajagopal, the Vijayawada industrialist-MP, rushed into the well of the house and started releasing pepper spray from a can he produced from his jacket pocket," Ramesh writes. “I was mortified as he and I had been in conversation for quite some time before the House assembled. We had coffee together in the Central Hall of Parliament and he had told me that he would be protesting. But never once had I imagined what form this protest would take. There was all-round shock and consternation."

Sixteen MPs from Andhra and Rayalaseema were suspended, but the bill had to be kept on hold until 18 February, when it was finally passed in the Lok Sabha, followed two days later by the Rajya Sabha where, on at least four occasions, Ramesh had to run across to Bharatiya Janata Party benches to clarify the provisions of the bill to its leaders, Arun Jaitley and M. Venkaiah Naidu.

“As I came out of the Rajya Sabha at 9 pm or so, Telangana MPs of the Congress party, both from the Lok Sabha and the Rajya Sabha, lifted me onto their shoulders and filled my mouth with sweets. But sadly, my colleagues from Seemandhra were sullen and came up to me to say that I had written their political obituaries, as indeed that of the Congress, in the new state of Andhra Pradesh."

The upshot was worse than that. With KCR cornering all the credit for the creation of Telangana, the Congress was decimated in the new state, where the Telangana Rashtra Samithi came to power. In residuary Andhra Pradesh, the Telugu Desam Party (TDP) rode to power. 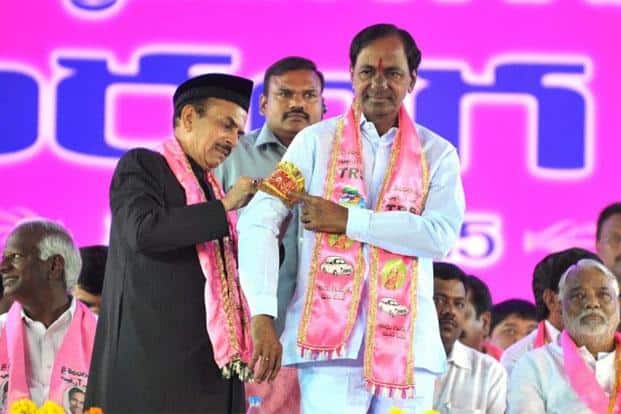 “What went into the decision to bifurcate Andhra Pradesh and what determined its timing was, honestly, unknown to me," Ramesh writes. “But one thing did become clear when the election results were announced in May 2014. The results proved catastrophic for the Congress in the new state of Telangana and cataclysmic in the new state of Andhra Pradesh, something that the champions of bifurcation in the party had not expected. The results certainly traumatized me."

“In part, it is to underline that having been part of the GoM, I tried to do as fair a job as possible in the time given to me. Additionally, the book has an academic aspect in the best sense of the term—to be an enduring contribution to the scholarship on contemporary politics and political history that will also provide useful primary source material."

Most critics will agree that Ramesh has certainly achieved that objective.