When World War II began in September 1939, India was a quiet shore of the British empire. Indian nationalists had been resisting colonial rule in one way or the other since the first decade of the 20th century, seemingly to no avail. Independence and freedom from British rule were as distant in 1939 as they had been a quarter-century earlier. When the Great War began, Britain confidently turned India into one big supply and restocking yard for its armies fighting the Axis Powers on the two extremes of Eurasia.

By the end of the war, in 1945, it was clear that India could not be held forever. Two years later the British were gone, for good. Somehow the war had changed the fortunes of empire forever.

The traditional answer—supplied by nationalist historians—is that three successive waves of mass resistance, 1919-22 (the non-cooperation movement), 1931-32 (civil disobedience) and 1942 (the Quit India movement), severely eroded Britain’s legitimacy in ruling India. By the end of 1945, the political instincts of Indians were finely honed. This fact is largely held responsible for the end of the Raj in 1947. The sober fact is that on the ground each of these movements was quelled with ease: The first one took the longest time to suppress and the last one was over in a matter of mere months.

Dispassionate history does not deny these facts but apportions causative weight to other factors as well. By 1945, Britain was exhausted from the war and the geopolitical shifts in the world—the simultaneous ascendancy of the US and the Soviet Union—eclipsed it. By 1948, Ceylon, now Sri Lanka, had been handed over to the local elite, almost on a platter. Over the next 15-17 years, it lost virtually every colony. 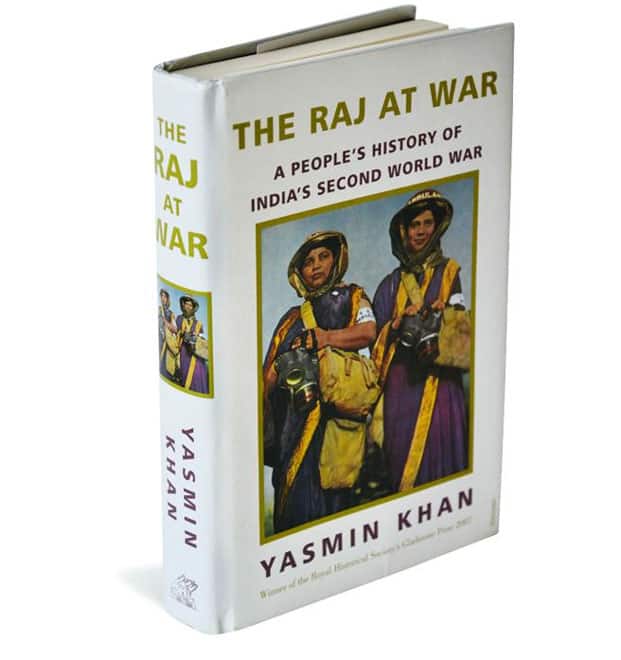 In The Raj At War, historian Yasmin Khan constructs a clear portrait of this process. Her history, at a remove from the high politics of that age, focuses instead on the lives of ordinary Indians—soldiers, farmers, nurses, petty traders, policemen—and the colonial officials charged with running India day-to-day. The picture that emerges is one of marked ambiguity. For instance, Indian soldiers fought and died on remote battlefields, doing their duty in spite of racist abuse and discrimination. In India proper, this maltreatment was more pronounced and the divide greater. Yet that did not change the political outlook of a vast majority of Indians: The colonial government continued to be “respected" and work and life continued as usual.

If Indians did not rebel, there were plenty of English who felt unhappy or even ashamed at their continued hold on India. Khan quotes from letters caught by wartime censors and those penned by British soldiers who felt that the empire had no legitimacy; they offer a less than flattering description of the empire.

The six years from 1939-45 were marked by confusion on every front—from the battlefield to the everyday lives of Indians. From low level officials to the harried members of the Indian Civil Service, the administrative machinery was stretched well beyond its normal limits. But in spite of all the odds, shortages of goods and services and disruptions, India was held. It was only after the war ended, and in the second half of the 1940s, that changed global realities forced Whitehall to acknowledge that Britain’s time in India was up.

Ho Chi Minh, the founder of modern Vietnam, once said that the “Gandhis and the De Valeras would have long since entered heaven had they been born in one of the French colonies". These are bitter and harsh words but there is a lot of truth in them.

In comparative terms, India’s colonial encounter with Britain lay between the extremes of the American experience in The Philippines and what the French and the Dutch did in Indochina and the East Indies. If the Americans presided until the local elite was ready to take over, the Dutch and the French were booted out by force. In the latter case, there was much misery before and after the colonizers left. Indonesia and Vietnam had chequered histories for the bulk of the 20th century.

Britain in India was somewhere between those two extremes. What Mahatma Gandhi and Jawaharlal Nehru experienced in London and Delhi was harsher than what Manuel Quezon ever had to at American hands. But the Indians did not have to wage a bitter war like Ho Chi Minh.

That imprint of ambiguity—from the ambivalence in dealing with Indian leaders to a sense of resignation about Indian nationalism—is captured well in Khan’s book. It is a well-crafted social history of that period.