"storyDirectUrl"
OPEN APP
Home >Leisure >Amrita, in her own words

Amrita, in her own words

Amrita, in her own words

Amrita Sher-Gil’s art, as well as her short and colourful life, have ensured her a permanent place in the collective Indian imagination. A two-volume Amrita Sher-Gil: A Self-Portrait in Letters and Writing —lavishly produced and handsomely illustrated—has been put together by her nephew, artist Vivan Sundaram. It consists of 260 letters, mostly personal, that she wrote to family and friends, as well as her few essays on art.

The accompanying photographs of Sher-Gil and her family, reproductions of her paintings, of artworks that inspired her, pages from her diary and of her letters, provide an exhaustive and intimate visual record of one of India’s foremost artists.

Excerpted below are Sher-Gil’s views on art from sections of a letter she wrote to her friend, art critic Karl Khandalavala, and from an essay (see below) by her in The New Outlook, Ahmedabad. An essay published in The New Outlook, March 1937

People in our country, when speaking of Art, are apt to think of it in terms of the various ‘Schools’—Bengal, Bombay, Lucknow, etc., rather than in terms of good Art and bad Art. Oscar Wilde once said, “There are no moral and immoral books, only well written and badly written books." In terms of true Art it matters very little what ‘school’ or age a work of Art belongs to, because just as in all ages there has been a fundamental analogy in the characteristics of good painting and sculpture, so there is similarity linking the inferior Art of the present (this includes both Eastern and Western Art). I have heard it stated that one who is only acquainted with Western Art cannot pass judgement on the quality of a work pertaining to Oriental Art and vice versa. This is a fallacy, for whosoever has artistic sensibility, intuition or knowledge enough to recognise the good in Western Art will, with an infallible instinct, pick out the good in Eastern Art too.

It is absurd to say that because one is not acquainted with, let us say, the period it belongs to, whether it is Buddhist, Brahmanical, Jain, Rajput, Mughal or Modern Indian Art, one cannot distinguish the good from the bad specimens in it nevertheless. Yet this is one of the weapons that pedantry uses against artistic intuition. Ironically enough, good Art never appeals at first sight. In fact I will go so far as to say that more often than not it repels. Bad Art, on the other hand, based as it is on cheap effect, appeals immediately to the artistically underdeveloped mind and therein lies its danger. Because though taste, of course, like every other faculty, can be developed, and when trained in the proper direction should qualify everyone to distinguish a bad work of art from a good one and enable people to develop a genuine preference for the latter, it is unfortunately very seldom that people attempt to develop this faculty even to a moderate degree. 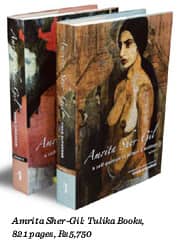 Form is either photographically imitated or stylised in the wrong sense, i.e. ‘idealised’ in the sense of feeble prettiness (e.g., the work, in Europe, of Bouguereau, Alma-Tadema etc., in India, formerly of Ravi Varma and more recently visible in many specimens of the Bombay and Bengal Schools). It is diametrically opposed to the vital and significant stylisation of form that characterises the sculpture and painting of Ellora, Ajanta, Egyptian, Chinese, Japanese, early Christian, Impressionist and Post-Impressionist Art ... Bad Art depends for its appeal on the prettiness or the sentimental aspect of the subject treated and therefore seldom fails to be popular. There are people who have the illusion that there are no absolute values in Art and believe, therefore, that personal taste is the only standard by which a work of Art can be judged, and consequently dub everything that repels them as bad with the certitude and intolerance that can only be the outcome of ignorance...

You ask me to write a few lines about the frescos at Travancore. I would much rather say something about the Cochin frescos, they are infinitely superior.

I have ‘discovered’ them in the sense that I don’t think anybody has realised their importance, though of course the people in Cochin know that there is a palace somewhere built by the Dutch for a Maharajah of Cochin about four hundred years ago which contains obscene paintings. I believe Dr. Cousins has also seen them, but what does he know about painting anyway.

Speaking of articles, the ‘note’ you saw in The Four Arts is a glaring example of that undercurrent of hostility which the Haldar type of people are beginning to manifest towards me.

Do you know you are right again? I also have the conviction that Barada Ukil in his heart of hearts detests my work, but realising there is something in it, wants to take the credit for being one of the first to have acknowledged it and thereby ensure his reputation as an “art critic" for the future also. (He doesn’t know a thing about art criticism but having a few stock phrases & platitudes at his disposal, manages to pass off as one.) I have often told him this and attributed even lower motives to his interest in my art. (He is in love with me and would like to marry me.)

Of course he works himself into a fit of righteous indignation when I accuse him of these things. Nevertheless they are true—and you and I know it! ...