The long and the shot of it

The long and the shot of it

When summoned by friends to whip up one of his signature cocktails, Desmond Nazareth went shopping for alcohol. It was on his way back, practically empty-handed, that Nazareth wondered why he was unable to easily get the right ingredients (tequila mixed with orange-flavoured liqueur and lime or lemon juice) for margaritas in Mumbai and what he could do about that. This was in 2000.

Having returned after 18 years in the US as a software developer, semi-retired and restless, Nazareth was looking for his next project. It was not money that drove him— he was well covered on that front—but the “learning curve". Constantly curious, his career had been built on a series of projects, exciting as long as he was learning from them and left to others once he was done educating himself. 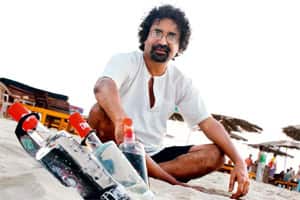 More than a decade later, in April, Nazareth brought out India’s first agave-based liquor, DesmondJi. Agave spirits are typically double-distilled spirits made from a few species of the agave plant native mainly to Central America. Some popular products of this plant include the Mexican Tequila, Mezcal and Bacanora. The agave spirit is a clear liquid, identified with the lime-and-salt routine that follows a shot of the spirit, stereotyped in films with the immediate collapse of the consumer.

Nazareth, 54, clarifies quickly: “What’s consumed in Mexico is 100% agave, which is actually sipped gently like single malt. It’s typically the 51% agave (the rest of the 49% is made up of cane or corn sugar), which is used in cocktails and as shots, that gets exported to other countries."

DesmondJi (51%) does not have the sharp sting of the typical Tequila brand that’s imported into India, which means it need not be accompanied by the salt-lime combination to numb the taste. The shots can be surprisingly refreshing. It does not have an overwhelming odour or a bitter taste, making the 100% particularly pleasant to sip, if so desired. Malleable and versatile, it allows for experimentation in cocktails.

Sold initially only in Goa, where the nomadic Nazareth is currently based, DesmondJi is soon going nationwide. Since October, its distribution has been taken over by Nashik Vintners Pvt. Ltd, the company that owns Sula Vineyards.

The idea that wormed its way into Nazareth’s imagination led him through a maze of research— books, papers, the Internet—and finally, to the Deccan plateau. Nazareth realized that the latitudinal lines in Mexico, where the plant grows, matched those of the Deccan, apart from similarities in soil and climate. He went on an expedition looking for the plant that grows in the wild and is typically used in fencing, its thick, blade-like thorns a deterrent to encroachers. He convinced some farmers to give him a few samples, which he took back to test. The process of refining the spirit took him many years. “Some people have had the idea before me," he says, “but maybe they did not have the tenacity to see it through."

By 2003, Nazareth had moved to Goa, and by 2006, he was convinced his ambition was realistic. It would still require enough land under cultivation and investors who would be willing to wait over eight years for the plantation to mature. By 2007, land had been identified in the Chittoor district in Andhra Pradesh, bordering Karnataka and Tamil Nadu, and financiers had been collated, many of them Nazareth’s contacts from the Indian Institute of Technology Madras, where he studied in the late 1970s. The bottling and packaging facility was set up in Goa. The first bottle, from Agave Industries India Ltd, came out in April from the micro-distillery that now hires about 15 people and 20 casual labourers.

Neville Desouza, a freelance advertising professional, moved to Goa, three years ago after spending over two decades in California. The limited supply of Tequila he managed to bring in disappeared soon. Unable to pay either a “bomb" for imported stuff or to digest the re-bottled version of bulk imports available locally, Desouza now keeps a tonne of DesmondJi at home. “It is clean and robust enough to cut through the salt and lime, which is great in margaritas," says Desouza, who ran a restaurant, Bistro California, for a while with his wife and is setting up a café now near Margao.

Nazareth believes there is still some distance to go for the remaining rough edges of his drink to be smoothened. “I want it to belong to the narrow band of the top 10 percentile of this kind of spirit," he says.

That top 10 percentile Nazareth speaks of came to India in October. The Patrón Spirits Company, makers of premium Tequila, launched five of their varieties through Indian distributor Aspri Spirits Pvt. Ltd. Sumedh Singh Mandla, CEO, core brands, Aspri, says white spirits like Tequila have been selling more because of their availability in B-towns through imports. He says their sales have grown at a rate of 20% in the last three years since they started importing Don Angel, another brand of Tequila. Don sells over 5,000 cases (12 bottles each) a year in India.

Where Nazareth hopes he will score is the price point, though Maharashtra, with its high taxes, worries him. A 750ml bottle of 51% agave from DesmondJi costs Rs495, while the 100% comes for Rs750 in Goa. A 375ml bottle of Patrón starts from Rs5,215 in Mumbai.

Over the next year or two, as the learning curve starts plateauing, the serial entrepreneur will slowly get others to run the business. He already has other ideas.

Even though his spirit is produced in a 44-acre facility in Andhra Pradesh—Agave India also produces margarita, blue margarita blends, an orange liqueur and blue curaçao—Nazareth says he is based in Goa because it’s “cool", allows him to think about weighty issues like eradicating the world’s mosquito problem, and because interesting people of many nationalities are investing in Goa.

“I love Goa," he says, smiling, “specially because I am not there all the time."