Cellphones, laptops and all the other stylish electronic paraphernalia are fast becoming like jewellery and clothes—a personality statement. “I stereotype people and their gadgets," says Nilofar Ansher, 28, a communications analyst from Hyderabad. “If someone sports a flashy, brand new gadget as soon as it’s released, then I would mentally tick off tags like rich, brand slave, or show-off." Even the brand name matters. “If his brand turns out to be an Apple product, then I feel ticked off as I do not subscribe to the Apple code of ethics," says Ansher.

She’s not alone. According to a September 2010 study Gadget Census, conducted by Retrevo Labs, a US-based gadgets company researcher, the gadgets you use help people form opinions about you.

“The prestige associated with brands offers an experience of a ‘class’," says Girishwar Misra, 61, a professor of psychology at Delhi University. “The hierarchically structured Indian mindset has found it another space for enacting and expressing power differential." He says people’s notion of self-worth and sense of belonging rest on the opinions of others in their community or society. “Technology has become yet another aspect of reflecting and conveying one’s identity to others around them."

“What isn’t a status symbol?" asks Nishant Shah, director—research, Centre for Internet and Society, Bangalore. “In the commodified world, where everything is mass-produced, the consumer has to be made to believe that everything they are buying is a part of their expression and personality, and even though this wasn’t created keeping them in mind, it is specially made only for them."

This is also the reason, according to him, why most people like to own the most cutting-edge gadgets but end up using them like any other low-end gadget. After all, how many smartphone owners go beyond making calls, sending SMSes and updating their social networks? “This is where you start wondering what then propels people to buy that new gadget," says Shah.

We present a tongue-in-cheek analysis of gadget-owner camps in India. Which camp do you belong to? In your bag: iPhones, iPads, and any other gadget that begins with an ‘i’.

Your personality: You are slightly egotistical and love attention. You also like to get compliments on everything, whether it’s your attire or your gadget.

Your fashion fix: iPhone 5 is going to be released in a few months. If you don’t want to wait that long for a rumoured 4-inch screen, go for iPhone 4S, the one with that sexy “iSecretary", Siri. In your bag: Nothing. You have a landline and an old desktop that needs to be upgraded urgently.

Your personality: You prefer talking face-to-face instead of emailing people. You would rather discuss things in the middle of the street instead of shooting off a text message.

Your fashion fix: Turn your cellphone into a landline with the retro phone handset. So even the most modern devices will feel comfortably old. 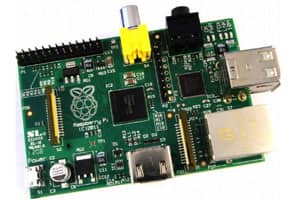 You can go on and on about retina display on the latest iPad and how enhanced eBooks are the future. You probably have a blog where you review each gadget, which only other techies read.

In your bag: A pile of new devices that you used once and then discarded for the new big thing.

Your personality: You are an introvert who doesn’t notice the world around you, because your nose is glued to your phone or laptop. You would rather send a text message than talk, even if it is to wish your mother on her birthday.

Your fashion fix: A Raspberry Pi. It’s a full-fledged credit-card-sized computer if you plug in a TV and keyboard, and can be used in a number of ingenious ways by people willing to think creatively. 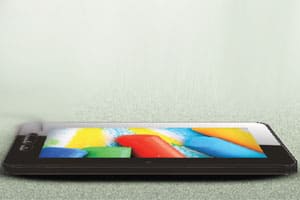 In your bag: You tend to keep cheap, hardy mobile phones which have multitasking abilities.

Personality: You are a practical, conservative person and like to gauge the value of anything offered to you. You love the word “free" and “offer".

Your fashion fix: A Micromax Funbook. The Android 4.0 tablet comes with 4 GB internal storage, a multi-touch capacitative display and has a VGA camera for video calls. It’s Wi-Fi only, so you don’t need to spend on 3G either. 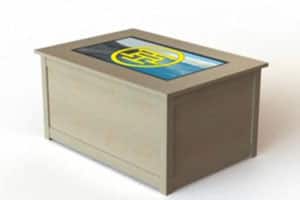 In your bag: An Android-based mobile phone and Linux-based laptop.

Your personality: You call yourself a liberal and want equality for everyone in society. You like to protest against institutions—be it the government or companies.

Your fashion fix: A new Kickstarter is the product of your dreams. Playsurface is a multi-touch computing table, which can be used as a table and as a touch-screen to share the experience with all present.

You have so many old gadgets that you can open a gadget museum someday. You have never ever thrown any electronic/electrical thing that you have owned. You are a recycler and are convinced that everything can be used in some way. You might even dig out stuff that less knowledgeable neighbours have thrown away.

In your bag (or cupboard): Mixers, ovens, VCRs, phone devices, pagers, big fat cellphones, even devices you’ve forgotten the function of and which are now gathering dust.

Personality: You are a penny-pincher and very innovative in strategies for reusing things.

Your fashion fix: Find people who love to reuse and recycle like you on The Freecycle Network (www.freecycle.org). The network is a worldwide group of people who give (and get) gadgets for free in their own towns. If you have true junk or e-waste, give it off to an e-waste recycling plant. To check if your city has an e-waste recycling plant, visit WEEE Recycle (www.weeerecycle.in). 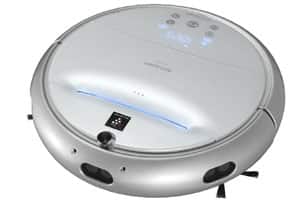 In your bag: A Vertu mobile phone, a Rolex watch and a few diamond earrings.

Your personality: You come across as polished, suave and sophisticated. You are an impeccable dresser with a tendency to spend too much time on your grooming, and not much time with your gadgets.

Your fashion fix: Talking about inefficient maids is so passé. Now talk about your polite new cleaner, a robot which never takes an off and even takes care of the dog. Cocorobo is not just a good vacuum cleaner, it even has a voice-recognition facility and gives polite answers.