"storyDirectUrl"
OPEN APP
Home / Leisure / Breaking news: I may not be an Indian

Breaking news: I may not be an Indian

Breaking news: I may not be an Indian

Recently I’ve become increasingly convinced that I’m not an Indian. After all, it is possible that someone did a baby switch at Breach Candy Hospital where I was born, or that my parents have carefully hidden the truth about me for 40 years.

Quick proof that I’m not Indian? I have no furious loyalties to the Baganapalli or Alphonso. In fact, I can think of at least six fruits that I prefer to the mango. I have never eaten an entire paan or a pot of mishti doi (though I have tried both) and I don’t spit in public or private (except for that one time I tried a meetha paan). 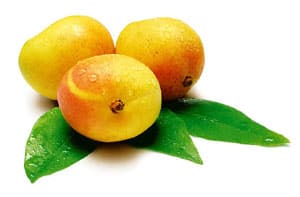 I don’t like (or understand) a single Indian soap currently on air. I never talk loudly to my maid, stockbroker or random friend during a movie. I always wait to let people exit an elevator before I enter. I don’t believe that Mumbai’s moviegoers should be forced to stand to attention every time they want to see Shrek (or anyone else) on the big screen. I don’t feel pride—only impatience that my popcorn’s getting cold—when I’m forced to listen to Lata/Asha do a slow-mo version of the national anthem before every single movie I watch in the city of my birth.

I believe that only the girl child can save India. That’s also why I’m irritated when I see Karnataka’s honourable chief minister with the apt initials, B.S. Yeddyurappa, suited in colour advertisements that boast about the success of the “global investors meet" he recently organized. I’m irritated because I know that though the CM promotes Karnataka as the “knowledge hub of Asia", he won’t stand up for girls when prominent colleges in his state announce they have a higher cut-off percentage for admitting girls because they do better in exams than boys!

I don’t think we’re the greatest people on earth. I don’t understand our sense of fake pride and nationalism. That whole chest-thumping Jai Ho phase? I never got it. Most of the insightful books and films/documentaries about India have been written/made by outsiders.

Author Gurcharan Das told Lounge last year that a majority of the reference texts he used when he wrote The Difficulty of Being Good, a book about dharma and the Mahabharat, were by Western authors. “Basically, after independence we did not produce any serious scholars," Das said.

I have also never understood why we’re always on steroids when it comes to festivals and weddings. Diwali? Personally, I’ve always believed Ram was a loser and I have no idea why Sita didn’t leave him many years before he threw a tantrum that resulted in her walking through fire. The first time I heard some goon in the Bharatiya Janata Party use the words Ram Rajya, I wanted to vomit. Vomit, not spit, I said.

I’ve always thought of Holi as National Be Molested (Colourfully) Day. I hate the way we destroy our oceans by aggressively dunking thousands of non-biodegradable elephant idols in them every year. The one time I went to India’s richest temple, I was so put off I swore I would never go back.

And don’t get me started on Indian weddings. I think it’s criminal that a poor man feels obliged to print fancy cards and invite 800 people to his daughter’s wedding because the groom’s side demands it—or even if they don’t.

I feel increasingly alienated from this country as I grow older. Sometimes I wonder why I came back here after I completed my master’s abroad in 1993. Back then I believed that unlike the US (where it seemed everyone was obsessed with gun control and abortion), India had real problems, a real hunger for change, real stories. But these days all I see are India’s real villains. I can’t think of a single present-day Indian politician I admire. As for change? Nowadays, even restaurant conversations in Mumbai begin like they do in New York: Still or sparkling, ma’am? Just regular paani, I reply every time.