Dialling for the doctor

Dialling for the doctor

Acouple’s sleep is disturbed in the middle of the night. Their nine-month-old child is crying in pain, and has fever. The couple try to call their family doctor but can’t get through. The mother suggests calling a health helpline on their mobile service provider. Within minutes, they are connected to a doctor who asks for the symptoms and then offers a prescription. 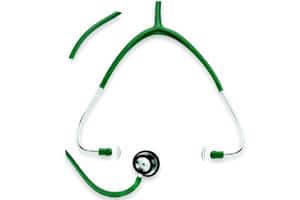 At the press of a button: It is a quick way to connect to a health professional for minor ailments at a nominal cost.

Meant for minor problems like back, neck and stomach aches, cold and fever, tele-triage is a quick way to connect to a health professional at a nominal cost. Mediphone charges Airtel customers across the country ₹ 35 per call for consultation, a mere fraction of what it would cost to visit a doctor (which could range from ₹ 200-500).

“This is one of the reasons for its popularity," says Nitin Verma, 43, vice-president, Healthfore, a division of Religare Technologies which runs Mediphone. Dr Verma has 25 doctors in his team. He explains that Mediphone is actually a call centre designed to answer questions related to medical problems. When you call the service, you get to speak to a medical officer or a nurse. The person ascertains whether it’s an emergency, in which case they connect you to an ambulance service. But if they feel it is a minor problem that can be resolved on the phone, they connect the caller to a doctor or resolve it themselves.

The idea of diagnose-on-call doesn’t go down well with everyone from the medical fraternity. “A doctor should never prescribe a drug without seeing a patient," says G.K. Ramachandrappa, national president, Indian Medical Association. “If someone says I have a fever, it could be anything from typhoid to malaria or a simple virus. A basic drug like a paracetamol may harm the patient in the long run." According to Dr Ramachandrappa, a visit to the family doctor is best. “Either that or go to the emergency ward of a hospital near you, or call up 108 for a free ambulance," he says.

Nandu Madhava, 35, CEO of mDhil.com, an online and mobile phone portal on health education, agrees with Dr Ramachandrappa. Madhava tried tele-triage as a business model but quit after a while. “Calling and talking to a doctor just doesn’t work. Four out of five of those calls always ended with advice to call an ambulance or go see a doctor. The risk of misdiagnosis is far too high on the phone." That pain in the groin could be anything from a pulled muscle to hernia or cancer, says Madhava, adding that this was the reason mDhil.com decided to focus on health-informative videos.

Dr Verma accepts the possibility of a wrong diagnosis, but points out that the service has been running in countries like the Netherlands and Australia for 25 years and has proved quite useful for patients.

Bangalore-based start-up Healthcare Magic too discontinued tele-triage services to some telecom companies earlier this year, after nearly a year of trying to make them work. “The revenue model wasn’t working for the doctors in our network," explains Kunal Sinha, 34, CEO, Healthcare Magic, who believes doctors can earn much more as consultants. However, he is hopeful of tele-triage as a model. “It has great potential. We need a better revenue model between the doctors and telecom operators."

Healthcare Magic has tied up with 40 companies around the country and provides on-call doctor services to their employees. “It’s a new model and we own 100% of the revenues and pay higher to the doctors," Sinha says.

We look at some tele-triage and health information services offered by mobile phone operators and websites.

This tele-triage service, begun in October 2010, connects to an Apollo health officer, at the very least a qualified nurse. She listens to the symptoms, consults the doctor and prescribes over-the-counter medication. A free consultation follows within three days. Since the tie-up is with Apollo Healthcare, the officer can connect you to an Apollo hospital ambulance, get medicines home-delivered from its pharmacies where possible and fix appointments at their hospitals and clinics. The 24x7 service offers advice for a limited list of ailments, like abdominal, back, knee and chest pain, cough and cold, or diarrhoea.

Optimized for all mobile phones, mDhil.com is a free-to-use online health community. Once it loads, you can read articles and see images and 2-minute videos on all types of health issues, especially those not spoken about openly in Indian families: sexual, psychological and reproductive health. The fun videos on condoms, birth control pills and AIDS education are aimed especially at educating youngsters and garner 5,000 views every day—about 40% of them on cellphones. The website is in the process of launching a dedicated video channel for mobile service providers on 3G networks on a pay-per-view and monthly-subscription basis.

Language: English, interspersed with words from other Indian languages

See: m.mDhil.com (works on all mobiles)

Introduced in January 2011, this is a health awareness listen-in audio service with a special focus on sexual and reproductive health education. It’s useful because of the privacy and comfort it offers callers. Once you call in, you get a list of categories (AIDS, contraception, physical abuse, STDs, etc.) from which you can navigate to a sub-menu with related content capsules.

Call on this tele-triage service, and an automated option takes your consent for charging ₹ 35. In the case of pre-paid callers, it first checks whether there’s enough balance to pay. You are then connected to a health officer, a nurse. If it’s an emergency, she connects you to a local hospital’s ambulance service. If it’s not, she notes details of the ailment before connecting you to a doctor who recommends over-the- counter drugs through an email/SMS prescription. The prescription includes the doctor’s name and his MCI (Medical Council of India) registration number.

Cost: ₹ 35 for medical advice and 50 paise/call for call connect