Sony Xperia X looks more exciting in the new price segment, but that still doesn't make it the outright choice

The Xperia X was an unusually positioned smartphone by Japanese company Sony. At ₹ 48,990, it cost slightly less than the Xperia Z Premium, but the difference between the two was quite stark.

While it lacks the aura of a high-end flagship, it also offers a configuration which is more becoming of a mid-segment smartphone.

The phone was launched in June and within three months Sony has slashed the price by ₹ 10,000. The phone will now be available at ₹ 38,990. Availability is not going to be an issue, though. The Xperia X is available in both offline and online stores.

Surprisingly, even after the price cut, the phone doesn’t stand out in the mid-range price bracket. The segment has already got some reliable devices which not just offer better performance and configuration but are better designed as well.

The Xperia X is powered by Qualcomm’s Snapdragon 650 hexa-core processor. It is a powerful processor and has been used in a few budget smartphones as well, such as Xiaomi Redmi Note 3 ( ₹ 9,999). Coupled with 3GB RAM, it can handle most tasks without a stutter. It is a small-screen phone with a 5-inch display which packs in 1920x1080p resolution. It offers 64GB of storage, supports microSD cards, can accommodate two SIM cards side by side and runs a fairly new (Marshmallow) version of Android. The phone’s 13-megapixel camera is a big downer by Sony’s standards, while the 2,650mAh battery is modest at best.

Here are some smartphones which deliver more value for money than the Xperia X. 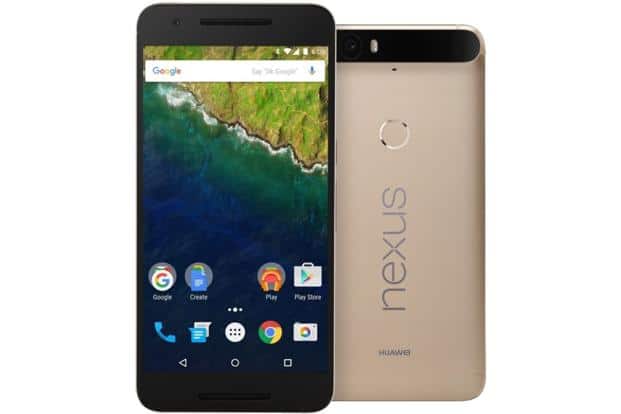 The Nexus 6P is one of the two smartphones which run the latest Android 7.0 (Nougat) OS. The sheer fact that the phone receives all major annual updates as well as the minor but important security updates on time makes it a more secure bet than a majority of Android smartphones. Manufactured by Huawei, the phone’s 5.7-inch AMOLED display stands out from the crowd on account of its 2560x1440p resolution and bright colour reproduction.

It is a powerful phone and is running on Qualcomm’s top of the line Snapdragon 810 quad-core processor with 3GB RAM. The smartphone offers 64GB of on-board storage. It is a single SIM device and doesn’t have a microSD card slot on it. The 12.3-megapixel camera works well in daylight, while the 3,450mAh battery can eke out about a day-and-half of backup with ease. Unlike the Xperia X, the ZenFone Zoom offers a really good (13-megapixel) camera, which comes with 3x optical zoom and delivers great shots even in low light. The phone has been designed to look like a retro point-and-shoot camera. The coarse leather-like back provides a firm grip over the phone, despite its hefty build. The phone tips the scales at 185g and is 12mm thick.

It is one of the few phones that uses Intel’s powerful Z3590 Atom processor, which combines well with 4GB RAM to deliver a quick performance. It is also the only smartphone at this price point which has 128GB of internal storage. It also has a microSD card slot and two SIM slots. The 5.5-inch display offers a screen resolution of 1920x1080p. The 3,000mAh battery delivers over-a-day-and-half of backup on modest use. Launched at a higher price tag, the Moto X Force is hard to ignore as a mid-range smartphone. It comes with a shatter-proof 5.4-inch AMOLED display which packs in a resolution of 2,560x1,440p. The screen has been beefed up with five layers of glass which makes it more durable than the usual smartphone displays.

The phone is powered by Qaulcomm’s Snapdragon 810 quad-core processor which combines with the 3GB RAM to deliver smooth performance. It runs Android 6.0 with a clutter-free stock Android UI. It comes with 32GB internal storage and has two SIM slots, one of which doubles up as a microSD card. The 21-megapixel camera delivers sharp and colourful shots in bright light. The curved back design and rubber-like finish on the back panel improves the phone’s grippiness. The 3,760mAh battery is dependable and can muster about a day-and-half of backup comfortably. If you are looking for something more affordable, consider the recently launched OnePlus 3, which runs on Qualcomm Snapdragon 820 quad-core processor with 6GB RAM. The phone has a unibody metal finish yet weighs just 158g. The slightly protruded but impressive 16-megapixel camera delivers crisp looking shots in all conditions. It allows users to save images in RAW file formats.

The OnePlus 3 runs Android 6.0 (Marshmallow) out of the box with a clean looking near stock version of Android which offers a lot more customization than plain Android. The 64GB internal storage is at par with most rivals. The phone has dual SIM slots but no microSD card slot. The 5.5-inch display has a screen resolution of 10920x1080p and has a layer of Corning Gorilla Glass 4 over it.