For some treats, only the great industrial white bread will do

I’m eight and I’m sitting perched on the bonnet of my father’s official staff car with my 10-year-old sister. Both of us are bundled up against the bracing cold at 5am in October. It’s sun-up already, but everything is quiet. We are parked on a roadside somewhere on the outskirts of Zakhama, Nagaland, and we are eating the most heavenly bread, fresh from the oven of the tiny bakery we are parked outside of. The bread is so fresh that it cannot be sliced yet, so we each have a warm half loaf in our hands and we are tearing huge chunks off of it with our fingers and shovelling it in, with no butter, no jam, nothing. A cup of tea has been foraged from somewhere and, as a rare treat, my sister and I have been allowed to share a cup.

I know then with certainty, that this is what heaven will be like – heady with the aroma of freshly baked bread wafting out in the early morning, and the taste of a loaf still warm and soft from the oven, dipped into sweet hot tea, balanced atop Daddy’s black staff car, watched over by soldiers holding guns. (Ok, maybe heaven will lose the soldiers holding guns part, but that was how it unfolded for us right then – travels for Army officers in those days in certain areas meant travelling with armed escorts in a convoy to minimize risks of ambush.)

I have a million food memories I cherish, but that’s one of my favourite ones; and as with every memory that means something, this is in large part about context.

This particular one is special also because it stars just bread. That too simple white bread, not an artisanal loaf made with seven forgotten Peruvian grains, enough seeds to keep an aviary happy and a starter that dates back to Genghis Khan.

The thing is, bread used to be a very painstaking, time consuming thing to make: It took many hours (often overnight) for the dough to ferment and rise naturally. Then about 65 years back, a revolutionary new process was introduced called the Chorleywood Bread Process, which used high energy mixers and a slew of additives that cut down fermentation time to a matter of minutes. This made it time- and resource-efficient to make bread that was widely and cheaply available. The process was invented in Britain in the early 1960s and India was one of the countries that adopted it almost universally. So pretty much every loaf of ultra white, spongy Britannia or Modern bread you have eaten since childhood is a result of the Chorleywood Bread Process. (As doubtless was the bread from the Zakhama bakery.) Today, there are movements all over the world to bring back real bread -- bread that rises naturally and tastes like nature (and yeast and bacteria) intended it to taste.

I have no quarrel with any of this, and more power to the Real Bread Movement, may its tribe increase. Wonderful bread is wonderful bread. And as an equal opportunity eater, I can fall upon and demolish my own body weight in pao and pui and crusty baguette and brioche and ciabatta and focaccia and pumpernickel bread and rye bread and bread made with seven forgotten Peruvian grains, till I am in a carb coma. But the thing about tastes acquired in childhood is that like bad posture and crooked teeth, they will be beloved companions all through your life. For me, fresh white bread, however naff and déclassé it now is, is something that will always make me weak-kneed.

There, I’ve said it, I’m ready to be “bread shamed". I confess that there are times that my longing for industrial white bread is so intense that it’s like a medical emergency. There are times when nothing else will hit the spot, except a loaf of “double roti" so fresh that you can’t even seem to bite through it and so soft that it resembles nothing so much as a grandparent’s hug. Be honest, what in the world is simpler and more deliciously soul-satisfying than a slice of a loaf of industrial white toasted to a golden brown on the outside, but still springy and chewy on the inside, slathered over with Amul butter? It’s even true of things that one makes with bread: that a loaf of industrial white kicks serious ass. Some dishes depend on certain ingredients to make them what they are, and upping the quality of the ingredients does lead to a corresponding increase in the taste quotient of the finished dish. So replacing industrial bread with artisanal bread works great most times. Just not always.

Prime example: the staple of our tiffin boxes and long car journeys alike, the green chutney sandwich. The pale sponginess of the white, slightly sweet, bread contrasts with the colour and the sharpness of the virulently green shaded chutney till they both melt into a delicious gloopiness in your mouth. There isn’t a farmer’s loaf anywhere that will offset a green chutney as well as your basic industrial white bread. The shahi tukras we slurped and crunched noisily down as children, dripping with sugar syrup and crunchy with nuts and topped liberally with rabri or condensed milk, were meant as a perfect marriage only between cottonwool-soft white bread and heaven. Making them with anything more virtuous is possible, (hey, anything is possible) but it most certainly isn’t an improvement. 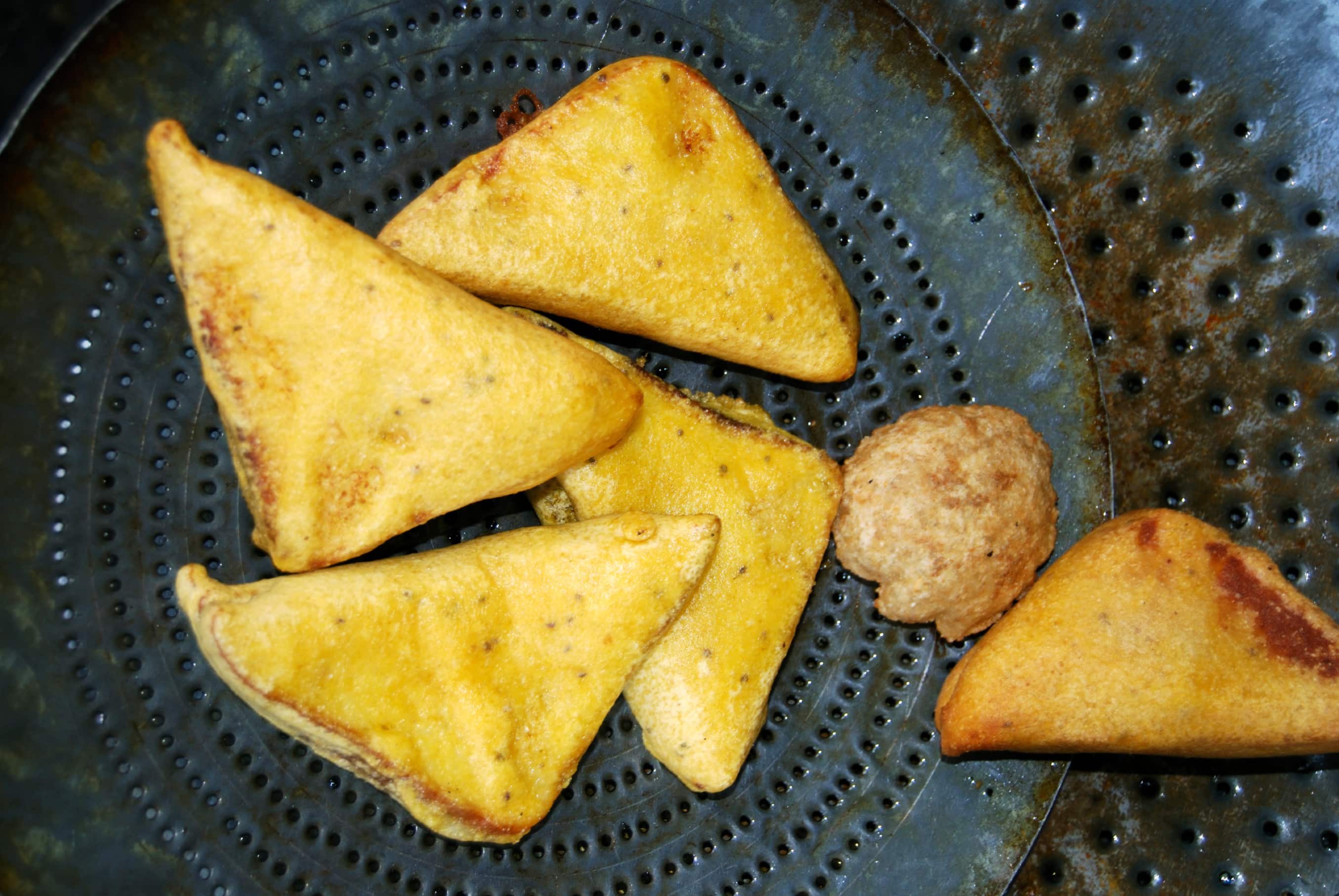 The humble bread pakora, whichever of its avatars you prefer: just plain bread slices cut in triangles or the ones like a sandwich with a potato stuffing and green chutney on the inside, slathered in a spicy besan batter and deep fried to a crisp-on-the-outside-melty-on-the-inside state? That is another bona fide classic yummy that absolutely needs the mouth feel of a Britannia loaf. A sourdough slice just wouldn’t be able to hack it.

And now imagine if you will, the final frontier. Two iconic sandwiches that can reduce grown people to mewling babies and which have enabled the reverse transformation for a significant percentage of India’s adult population as well. I speak of the ultimate in sandwiches, the twin treats that are India’s signal contribution to world cuisine, sandwiches vastly different in origin and ingredients from each other but united by their deliciousness and their use of white bread. I speak of the rasta Bombay sandwich and the chicken sandwiches found in colonial clubs across the country.

First the rasta sandwich, available at every street corner in Mumbai. Made with the softest freshest industrial bread, with lashings of Amul butter and green chutney and stuffed with thinly sliced boiled potatoes, tomatoes, cucumbers and onions, sprinkled over with a deadly sandwich masala. And the chicken sandwich found in colonial clubs, with soft white bread holding together a filling of butter and shredded chicken, the sharpness of mustard and pepper just offsetting the sweetness and woolliness of the bread. These aren’t just sandwiches you eat to quell your hunger, or take with tea: these are institutions, these are landmarks, behemoths, beloved icons you grow up on and grow old with.

Now imagine, if you will, these handfuls of happiness, but made with dark rye bread.