Book review: The Age Of Endlings

Why the tiger hogs environmental reportage in the Indian press

Extinction—the ultimate stamping out of a species under mankind’s inexorable march towards its own prosperity. We are living in an era dominated by our species (anthropocentric), when the extinction of creatures all around us is at its swiftest. We are in the middle of the sixth extinction—a massive die-off—that Earth has seen. And yet, it is not a loss we are very familiar with because most of us have never experienced it.

Today, around 60% of large animal species are threatened not just with extinction, or even the humiliation of being un-mourned, but also the utter invisibility of their final fading.

Jay Mazoomdaar’s The Age Of Endlings is a book that attempts to give form to this loss, to the battles being waged at human-nature borders. Mazoomdaar, an environmental journalist, has collected his explorations of the Indian wilderness in this anthology of 22 essays, most of which have been published in newspapers and magazines. He uses his journeys, he admits, to illustrate the loneliness of the last of a kind, what he calls the Endlings.

Endlings is an extremely timely book. The themes of at least three of its chapters are playing out in the headlines right now—from the impact the drought in Maharashtra will have on leopard populations in its sugar-cane fields, to the story of the Dongria Kondhs of Odisha who just took out a victory rally to celebrate their win against mining, to wildlife trafficking, and the current debate on culling across India. The timeliness and urgency of a book like this can only intensify in the decades to come—a perverse guarantee for an environmental reporter. 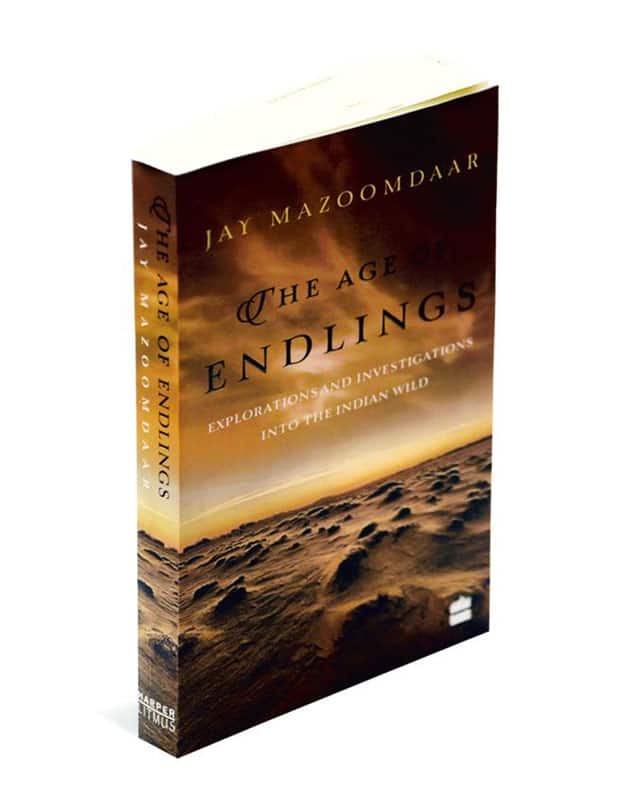 Though Mazoomdaar, in his chapter “The Age Of Endlings", says “the promise that tiger conservation will take care of species down the pyramid in the Indian wild is flawed", his book focuses, for the greater part, on tigers. Even when it doesn’t, it focuses on other big cats, the leopards or the cheetah. Almost all the non-cats are restricted to the last chapter of the first section. If anything, it is most telling of what the Indian press considers newsworthy in its sparse environmental reporting. It is the large striped cat that occupies the “wild space" in the imagination of most Indians and, concurrently, the press.

The tiger is not an endling yet. But it has been isolated into broken pockets, remnants of a forested landscape. So, while Mazoomdaar spends an inordinately large number of pages on the tiger, he is on to something too. John C. Briggs, biogeographer at the University of South Florida, told the Science magazine last year, “The world’s greatest conservation problem is not species extinction, but rather the precarious state of thousands of populations that are the remnants of once widespread and productive species."

If it hasn’t happened yet, it will.

Of all the themes, culling is the most contentious. In a way, it seems like the final act of a despot driven mad by his desire for control. It is resonant of a finishing touch, the snip of a scissor a gardener uses on a shrub to ensure not a single leaf is out of shape. Some say culling is a sign of the success of conservation, others say it’s indicative of the mismanagement of resources. But it is also a profound moral dilemma. The number of times Mazoomdaar’s chapter on culling bounces between the two walls of the argument of ethics and human need captures that quandary.

The second part of the book, “Investigations", consists of field reports that Mazoomdaar has filed over the years, including those on the Sariska tiger fiasco. This section, which is more wildlife-science based, is almost entirely about tiger landscapes. By the last chapter, one bumps into so many of the same issues explained earlier that it feels oppressive, much like a tiger boxed into its small protected area might feel.

Endlings lacks sweep, the kind of wide arc a book on wilderness distress needs. It is limited in its geographical reach; most of the chapters are restricted to India’s heartland, which is also the land of the tiger. Like most conservation reporting in India, it also has a terrestrial bent. It says nothing of the country’s more than 7,500km of coastline, a frontier that is playing a losing game of whack-a-mole with a plethora of human-wild problems, or of its vast high-altitude regions and the precarious balance there. Probably the most glaring omission is climate change—the only force on this planet that might devour us as a species too.

The epilogue, oddly, is not a distillate of Mazoomdaar’s experiences. It should have been another chapter—for it’s on the intersection of national security and conservation.

Mazoomdaar prefaces the book by saying that it might seem a bit self-aggrandizing to publish a collection of one’s own reporting. I disagree. If newspapers are usually thrifty in giving space to the wilderness, publishing is even more so. The small, corner spaces in book stores that say “environment/nature/wild" could do with a little less emptiness.