Soumya Bhattacharya is the author of a memoir, ‘You Must Like Cricket?’. His novel, ‘If I Could Tell You’, has just come out. He is editor of the Mumbai edition of the ‘Hindustan Times’.

Sanjay Sipahimalani is an executive creative director with Bates 141 Mumbai, and has reviewed books for the ‘Hindustan Times’, ‘The Indian Express’ and ‘Biblio’.

Chandrahas Choudhury has been the ‘Lounge’ book critic ever since the magazine’s first issue. His first novel, ‘Arzee the Dwarf’, came out this year to rave reviews.

One objection to Naipaul’s writing has always been that he skips things a novelist should not. It’s almost as if he’s bored of doing the David Copperfield kind of novel, and skips entire swathes of his character’s life. Even then, Half a Life is unputdownable. It brings up timeless subjects as well as Naipaul’s old obsessions; it’s the late work of a master. Naipaul is revered for his craft, he is a writer’s writer, and yet he is not a difficult writer to read.

Kolatkar’s Jejuri has just been issued by the New York Review of Books Classics and he is likely to end up being the face of Indian poetry, whether that’s deserved or not. His works have been translated into several European languages and he’s had an incredible impact. Even if you were to read Kala Ghoda Poems in vacuum, as a book of poetry about a city, it has few parallels.

Running to 200 odd pages, this volume is the distillation of a life’s work. A.K. Ramanujan received the McCarthy Award when he was in his 30s, and deservedly so. The poem The Black Hen that his wife rescued from his computer has 13 short lines, which allude to death and the fear of creative juices drying up. A scholar can easily write a chapter on the poem—it has all the allusions and mythological references. But that doesn’t take away anything from the pleasure of reading it. All of Ramanujan’s poetry has that beauty. 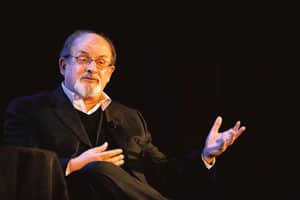 After a string of indifferent novels, people wondered whether Rushdie’s talent had deserted him. He proved them wrong with Shalimar the Clown. In the sections on Kashmir, he went back to what made him a writer in the first place. It has become fashionable to say that the new Rushdie novel is bad, but his not-so-good also deserves to be in a “best of the decade" list.

The breadth of ambition, the high-flown, lyrical English, yet a narrative grounded in the sediments of Hindi—there are many Hindi swear words—make Sacred Games a great book. Despite the bulk (900 pages), it is insanely readable. With some very memorable passages which one can revisit, the book aspires to be the great Bombay novel. It is also a subversion of the concept of the traditional crime novel; and yet it is a serious crime novel.

Sealy is an underrated writer even though his corpus is amazing—from Trotter-Nama to Everest Hotel, he has written many kinds of books. Written in an unabashedly literary style, Red is a particularly clever and brave work that can be read as art history and literature.

The Inheritance of Loss

The remarkable attention to detail and the language make Desai’s second novel a great work. She explores the tension between the aspirational middle class and some of the big themes about India. 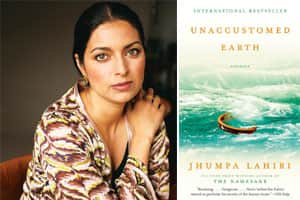 Lahiri’s last book qualifies because of its lyricism and attention to detail. In her understated fashion she looks at the minutiae of life, her fiction reminding you that a coaster or a table mat can be as important as Rushdie’s Saleem Sinai. Here she has perfected the craft of writing about the American Bengali milieu; you almost admire her for her stubborn refusal to leave home.

In his second published book, which was written before the Booker-winning The White Tiger, Adiga doesn’t take short cuts. The short stories here have persuasive characters and a reader needs to work harder to get to the heart of the book. There is great attention to detail and there is a poise about the writing. There is also a corrosive rage and an unbuttoned-ness that shows Adiga’s comfort level with nasty characters. That is a useful quality to have when writing fiction about India.

Six Acres and a Third

by Fakir Mohan Senapati (in translation, 2005)

The original in Oriya was written about 100 years ago and then revived in this decade. The work should be read for its beauty of technique. Few novels speak in the first person plural and by doing this, the book instantly aligns with the village that it is set in. While Senapati has an eye on colonial rule, his work is not just an indictment of colonialism. It also looks inward at some of the things that bind the people of the village. His style is an offshoot of the Victorian novel.

Bihar is in the Eye of the Beholder

Nambisan takes a subject like Bihar and manages to avoid all the cliches—of both technique and content. The book is about him and his wife living in a Bihar village, and in that tiny canvas, he brings in big things such as crime and politics. There are beautiful line drawings throughout that he has done himself, and the language is that of a poet. 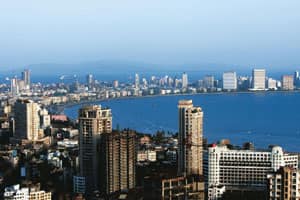 Urban splendour: Mumbai is the backdrop of some of the best books since 2000. Kunal Patil / Hindustan Times

For a panoramic look at Mumbai, it’s hard to think of any previous work that has equalled this effort. It has ambition, a tremendous structure, and a great set of real characters reminiscent of Truman Capote’s In Cold Blood.

The Imam and the Indian

A great book because of its breadth and depth, The Imam displays a kind of critical renaissance thinking on subjects as diverse as the Baburnama, the poet Aga Shahid Ali, and books from Ghosh’s grandfather’s shelf. He is a better non-fiction writer.

Step Across This Line

An inquisitive mind takes on the great books of the world. In this collection of essays, Rushdie also talks about subjects such as fundamentalism and a U2 concert. The work provides an insight into one of the great public intellectuals of our time. And, through this book, you can also get close to Rushdie—for the first time he writes about his personal reaction to the fatwa.

An End to Suffering: The Buddha in the World

Commonly known as “the Buddha book", it spans genres — memoir, travel writing, history and philosophy. It also has some very original thinking. Mishra manages to connect disparate subjects and makes the connections convincing. It is sad that he doesn’t have the cachet in India that he deserves. One of the reasons you read Sen is that he is a gateway to other authors. He has rigour and doesn’t take short cuts. The style is his own; his is a gentle voice that never knocks you out with a point, and yet is persuasive. The book also displays a great depth of engagement with his subjects. The title is an invitation to a new kind of Indianness.

It’s not easy to capture 60 years of history in a single volume. Unlike many books in this genre, this doesn’t have an ideological slant; everyone can find points of agreement with Guha. It’s a great one-stop history text about India the way it is today. Guha is also a polished stylist and the reader doesn’t get bogged down by details here.

Mohandas: A True Story of a Man, his People and an Empire

Biographies of the most famous Indian abound, but this one is epic in its scope. Written by the Mahatma’s grandson in a fluid, beautiful style, this volume is a resource on Gandhi for the young, and one of the most thrilling stories on Indian politics.

The Ugliness of the Indian Male and Other Propositions

Kesavan is the kind of essayist who can string together a series of striking thoughts in sparking prose, which is cerebral yet easy to read. He visits many territories in this book and it’s a joy to read.

Peer has humanized the Kashmir conflict in this very consciously and beautifully crafted memoir. Although he is an insider, he does not let his emotions come in the way of his style. This is the first real look from the inside at the tangled situation in Kashmir and it is difficult to read it without feeling the state’s — and Peer’s — pain. The collective buzz of dinner conversations around us faded as the panellists scrutinized the list and made passionate cases for and against some of the titles. Poet Jeet Thayil’s choice of the collected works of A.K. Ramanujan in translation aroused curiosity because none of the others on the panel had read it. Kiran Desai’s The Inheritance of Loss didn’t find favour with three panellists, yet it made it to the list.

Uniquely for this list, each vote didn’t matter as much as the case made out for a title. Among the questions thrown up during the conversation: Is Amitav Ghosh a better writer of non-fiction than fiction? Yes, said three panellists. Why is Arundhati Roy an important writer although she is primarily a polemicist? It is her iconic cultural status, said Soumya Bhattacharya.

The idea behind this list, as with the other lists in the issue, is to recommend to our readers titles they might have missed out on. The panellists consciously arrived at a selection that is inclusive—there is poetry, translated works, and books by young writers as well as the masters.