First, the confession. I am not familiar with the work of John le Carré and have not watched any film by Swedish director Tomas Alfredson. So this review, of the film adaptation of le Carré’s celebrated 1974 spy novel Tinker,Tailor,Soldier,Spy by Alfredson, is chalk on a clean slate. Seasoned readers of le Carré, forgive the lack of informed, comparative criticism. The film opens with an elaborate set piece inside the cabin of Control (John Hurt)—the chief of Circus, a unit of the British secret services—where the elderly, tough-talking but obviously cynical man is briefing one of his men, Jim Prideaux (Mark Strong), for an impending mission in Budapest. When the mission goes terribly wrong, Control, along with George Smiley (Gary Oldman), a spy of steely reserve and gravitas, the film’s protagonist, are fired. But Smiley and Control are called back to unravel the identity of a Russian mole planted in the secret services establishment. Alfredson’s remarkable triumph in this film is the evocative atmospherics. The pace of the scenes appears slow, but there’s a lot happening in a frame—in the minutest of expressions and gestures and the few props that populate it propel the story. The director condenses a lot into a 2-hour film, but because of the execution and clever utilization of visual details, there are no missing or weak threads in the story. Tinker Tailor Soldier Spy could be a wonderful unlearning for those hooked to edge-of-the-seat crime thrillers. In its dependence on atmospherics, this is a work akin to the works of some of the Swedish masters of crime fiction. Maj Sjöwall and Per Fredrik Wahlöö’s Martin Beck series and many of Henning Mankell’s novels have policemen spies who could be diabetic, depressed or merely jaded. The weather and the local mise en scène seep into their narratives. This film’s scope is beyond simple police procedurals, of course. It is seriously steeped in the politics of the Cold War era of the 1960s, which makes it much more demanding of the viewer. 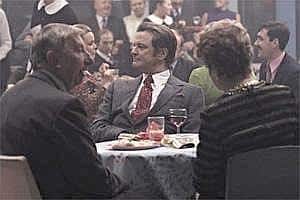 A film like Tinker Tailor Soldier Spy rarely comes along. Spectacular beauty and cadence often don’t have their perfect union with the intellect. When it does in a work of art, you call it a masterpiece.

Sherlock Holmes: A Game of Shadows

The second instalment of Guy Ritchie’s ‘Sherlock Holmes’ is a loud, but hardly thrilling action flick Overall, the film entirely strips Sherlock Holmes of the cerebral thrill that the classic is really about.

Sherlock Holmes: A Game of Shadows releases in theatres on Friday.