How to be a top chef and eat healthy too

Two of Mumbai's best chefs are leading the way in crafting a new, healthier food ideology for the city's dining scene

Going by recent trends, it’s safe to assume that the age of rock ‘n’ roll cooks is safely behind us. Young, up-and-coming chefs know better than to go down the Anthony Bourdain-endorsed, drug- and alcohol-fuelled rabbit hole; they realize there are no more accidental book deals or lucky TV contracts at the end of that tunnel.

Expat chef Kelvin Cheung, 35, of modern American restaurant Ellipsis in Colaba, Mumbai, admits that till a couple of years ago, his lifestyle was more Bourdain than balanced. “(But) the talk of foie gras, butter and sauces is (now) over. We’re talking about people like Magnus (Scandinavian chef Nilsson), who are all about respecting the ingredients and respecting our bodies," says Cheung, a French-trained chef. “Instead of doing a beurre monté, which is just butter that you are mounting on vegetables, beef, chicken, we are now doing vegetable montés: juicing carrots, celery and onions to base my vegetables, rather than butter. Not only is it healthier, it actually tastes better."

Friend and fellow chef Pooja Dhingra built her Mumbai dessert empire—four outlets of Le15-pâtisserie, a cookery studio and one cookbook—on the foundations of indulgent bite-sized cupcakes and macarons. The 28-year-old baker and entrepreneur is now selling sweet treats for the health-conscious, as well as those suffering from coeliac disease, diabetes, and even those with gluten, lactose and other food intolerances. Her latest, a 16-seater café at Lokhandwala Market, Andheri, stocks fresh salads sourced from her friend Karishma Dalal’s Bandra-based eatery Bombay Salad Co. 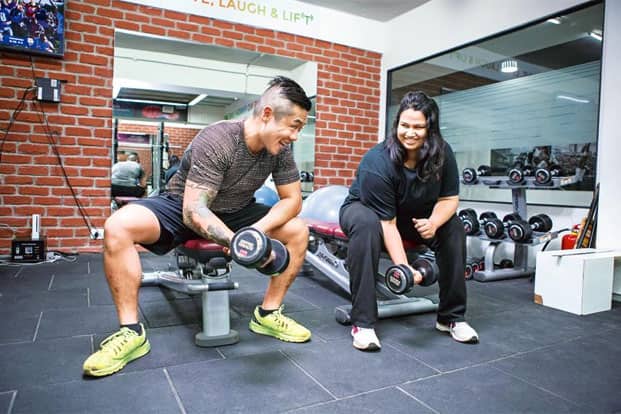 The range, Dhingra says, is a direct fallout of her new workout regimen. Since last May, she has been doing yoga, running, Bollywood dancing, weight-training, and swimming at least five-six times a week.

Cheung left a job cooking for a large vegetarian and vegan clientele at an organic restaurant in Toronto to move to Mumbai, but the city, he says, presents peculiar challenges. “My food has never been ultra-rich in butter or cream," he says. “My menus (at Ellipsis) have always been 55% vegetarian. But at most restaurants around the city, vegetarian translates into very carb-heavy, cream- and cheese-laden dishes." Consequently, says the chef, it’s frustrating convincing diners to try an edamame hummus or a whole cauliflower head par- cooked in vegetable stock, smoked and served with sesame tahini, pomegranate seeds and chilli-coriander sauce.

“It’s very rare that you can order something that’s paleo-friendly or gluten-free or vegan in Mumbai and have it actually fit the claim and be tasty too," says Cheung, who is currently working on a healthy baked goodies range for the forthcoming bakery of Ellipsis. “I’m very lucky to have regulars who understand our food philosophy. But some of my dishes are so out of the norm that even my regulars don’t order them. So right now, it’s just all about getting people to slowly try this new stuff."

If cooking without rich, fatty and processed ingredients is hard, chefs have it harder when it comes to maintaining their own health and fitness. “Even when you’re not at work, you’re thinking about work," says Cheung. “When Pooja (Dhingra) and I were on vacation in Croatia last summer, all we talked about is food. It’s relentless."

Growing up alongside the family’s Cantonese restaurant business, Cheung says he ate very differently from “normal" kids: “Always rushed, not necessarily wholesome, and almost always at odd hours." And his career just made things worse.

“I led a very degenerate, debauched and unhealthy cook lifestyle until I came to Mumbai," admits Cheung. “When you start off as a cook in North America, you’re working at minimum wage for 17- to 19-hour shifts. You have to choose between paying rent and paying for cigarettes, alcohol and food. After work and not eating the whole day, you’d run to a food truck where you get fried chicken, get drunk and call it a day."

With far fewer options for late-night, after-work binges in Mumbai, Cheung took baby steps towards getting fit almost immediately after he got here in April 2012. But he had never exercised till December 2013 when, back in the US, he saw some of his mentor chefs battling weight problems, stress-eating, chronic knee and back pain in their late 40s and early 50s. “That’s when I realized that if I want to do this (cooking) for another 30-40 years, I should probably clean up a little bit," says Cheung.

On 16 December 2013, he quit smoking cold turkey after 20 years and enrolled for the CrossFit programme. “At my first session, I couldn’t even do a single push-up or pull-up but now I can deadlift 355kg. It wouldn’t have been possible unless I quit smoking and cleaned up my diet completely," says Cheung.

For Dhingra, the major hurdle in the pursuit of a fitter body has been her own love-hate relationship with food. “I’ve always had to battle with my weight and my love of chocolate," says Dhingra, who began experimenting with diets when she was just 14 and went on to become a Reebok-certified gym instructor.

During the five years she spent training in Europe—first at the University Center César Ritz, Switzerland and then at Le Cordon Bleu in Paris, France—Dhingra ate balanced meals and walked everywhere. “But for the first three years (after setting up Le15), I worked non-stop from 7am-10pm, seven days a week. I gained weight because I was skipping meals and tasting sugar all the time."

The tipping point, Dhingra says, came when she was on holiday in New York City last May and found herself breathless and unable to climb to her friend’s fifth-floor apartment. After the trip, she called sports scientist and personal trainer Shayamal Vallabhjee in tears and began training at the HEAL Institute in Mumbai.

“The biggest shift for me was to put the weighing scales away and focus on increasing my fitness levels,"she says. This January, Dhingra completed her first half marathon in Mumbai.

“The good news is that you can see this agenda piquing people’s curiosity (in Mumbai)," says Cheung. “They are finally starting to educate themselves, they’re finally ready to see what it actually means to be healthy, and our goal is to slowly push a lifestyle change—a change in the way you see food, treat food, and the way you think of your body and how you treat your body." 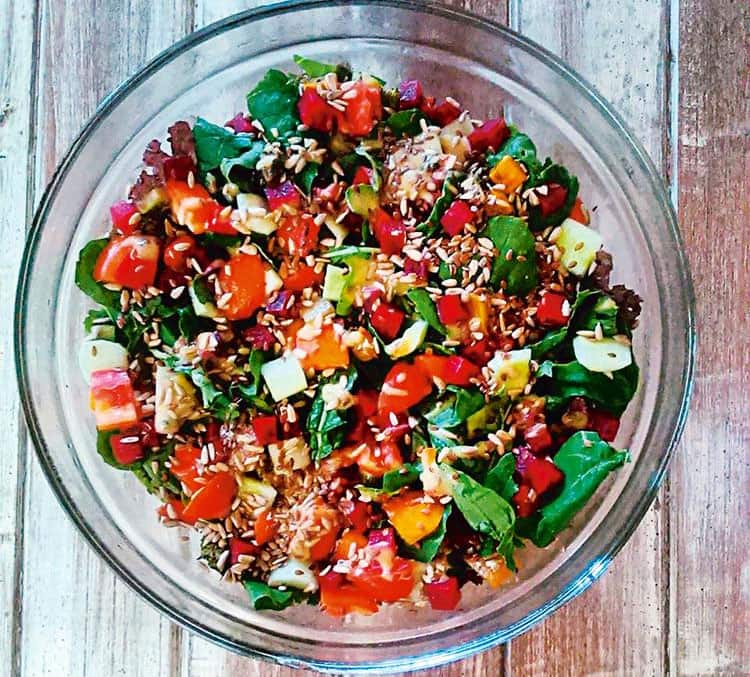 Dalal attributes her change of plan to “food fatigue" from eating the same burger-sandwich-pizza-style fare at various eateries in the city. The other reason she plumped for wholesome salads is the difficulty most people in the city face when it comes to assembling this seemingly easy one-bowl meal at home: Ingredients like exotic wild and micro greens, imported cheese, cold cuts and dressings are expensive and spoil easy; each dish at the Bombay Salad Co. menu uses at least a dozen of these grocery items.

If salads don’t qualify as meals for you, there are sandwiches, wraps, guilt-free desserts, coffees, teas, fresh-fruit smoothies and juices too.