Racing is a popular genre as far as gaming on smartphones is concerned. Gameloft’s Asphalt and GT Racing as well as EA Sports’ Need For Speed series have been downloaded more than a million times altogether. While the minimum system requirement to run such games is a fairly powerful hardware, it’s not really a problem any more as even mid-range phones are now packing in new generation processors and more RAM. But most affordable smartphones are still not powerful enough to run these games.

Gameloft’s latest title, Asphalt Nitro, is an arcade game that succeeds the Asphalt 8. Here is what is good, and what needs improvement. 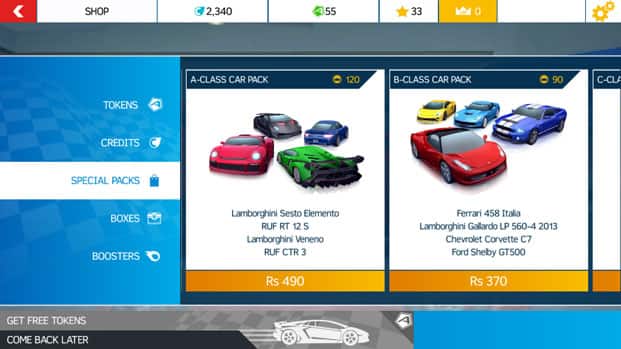 Asphalt Nitro is a compact game with a file size of 25MB before installation and 110MB after it. This should work brilliantly for users who have basic Android smartphones with limited internal storage. Most racing games take up around 1.5GB of space.

It retains some of the key features of the Asphalt 8—fast moving cars, the ability to perform aerial stunts and slow motion sequences. Some background graphic details have been sacrificed to keep the installation size small. 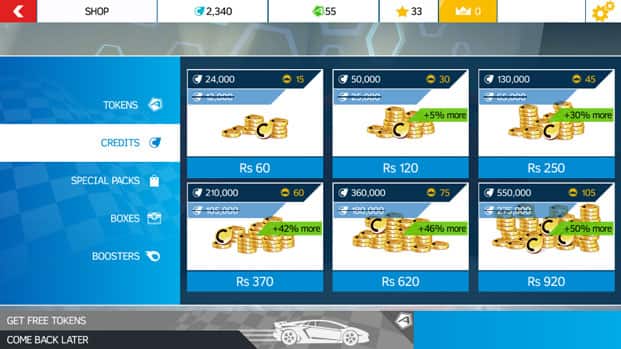 The interface is simple and easily navigable, with all the gameplay options showing on the game menu at the same time. The gameplay is smooth even on the most basic handset. We also tested this on a smartphone with a year-old dual core processor and 1GB RAM, and it played smoothly.

Driving assistance such as steering and brake, which were there in Asphalt 8 and GT Racing 2, have been left out. Manual controls are still good and response is consistent. Buying car component upgrades in the game drastically improves the performance and overall driving characteristics. The components are available as kit boxes and can be purchased through credits earned in the game.

This is where the in-app purchase model comes into the picture with the option of tokens. The lowest credit pack comes for ₹ 60 and the highest for ₹ 960. You can also buy car packs which offer cars bundled under different categories. The lowest pack of ₹ 60 offers an Alfa Romeo Mito, Renault CLIO RS 200 EDC and Chevrolet Camaro GS. There is also a ₹ 370 pack that can unlock all seasons at once. Gameloft keeps coming with these special offers, where they reduce the price of a combo or bundle some additional cars or car kits with it. These show up as notifications, as and when they are available. 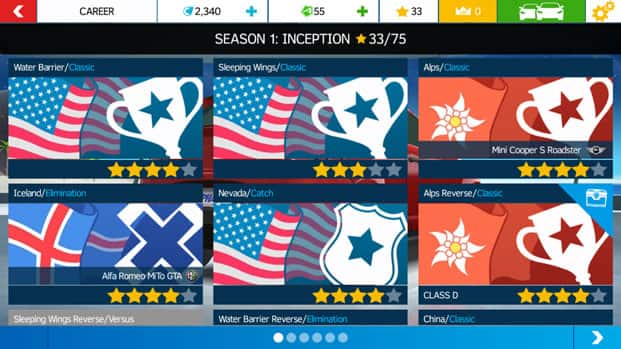 The game is divided into six seasons with over 21 different competitions in each. There is a multiplayer mode that allows you to race with other active users online and playing the game at the same time. But this requires a fast Internet connection. There are also daily events with special races and race tracks. 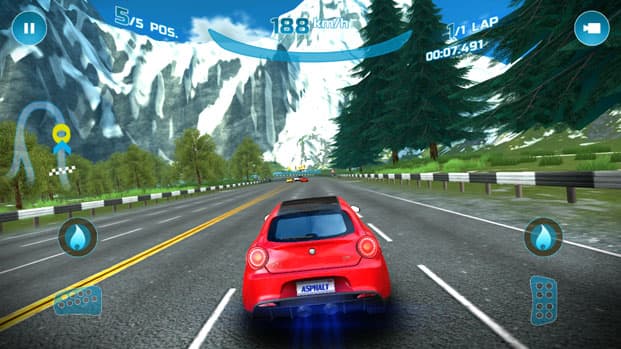 Asphalt Nitro is definitely a good racing game, but the real highlight is that it doesn’t take up too much space. Gameloft continues with the optional in-app purchases to quicken up the progress through the game, but that is strictly optional and doesn’t interfere with the gameplay in general. One can play it for free but the progress would be slow and time-consuming. For car buffs, this is a treat, as you get to race some of the best looking cars.