Home >mint-lounge >The crisis of capitalism

Americans don’t just do capitalism best: they also believe in it hardest. If it is ever the case that capitalism functions as an ideology (a system where the object of belief has a tenuous, even inverted relation to reality), it is in the US, a place where until quite recently almost 40% of Americans believed that they either were or would one day soon be among the country’s richest 1%.

So what is afoot when, over the past few weeks and across the states of the Union, a different statistic has focused the minds of many Americans: “99%"? It is a figure that has brought protesters on to the streets, who declare themselves to belong to the 99% of Americans who have done badly through the recent financial crisis recession. Get up, stand up: ‘Occupy Wall Street’ protests outside 1185 Park Avenue, New York, on 11 October. Photo by Andrew Burton/AP.

That legitimacy has been shaken not just by economic and financial precariousness which has hit so many. It’s the conjunction of that precariousness with conspicuous extravagance and consumption. So we read about a boom in London’s prime rental market (defined as weekly rentals around £10,000, or around Rs7.66 lakh: there are some quite nifty places in Belgravia going for £40,000 a week, in case you are interested), or about Hermès launching its sari line in India, about art auctions achieving record prices. Crisis? What crisis? Hand me some more cake.

Across the world then, and encompassing left and right, there is rising popular reaction against the growing concentration of wealth at the top of the order in every society—and at the relative worsening in the position of those at the bottom. 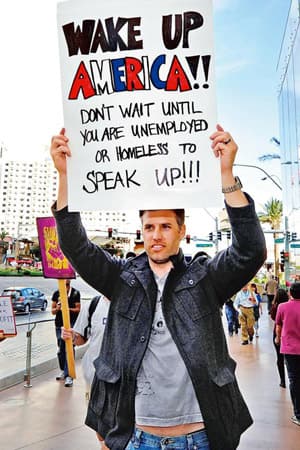 A protester affiliated with the ‘Occupy Las Vegas’ movement, takes part in a march on the Las Vegas Strip on 6 October. Photo by Ethan Miller/Getty Images/AFP.

Suddenly, the age of individuality seems to have given way to a new age of solidarity—and not just the rather abstracted Facebook version, but of a type that is bringing people together in more traditional forms of street protest, against what is perceived as rising inequality.

Yet, as so often with the critical Left imagination, it has less to offer on the positive side. The articulation of alternatives to capitalism remains an angry mumbling. In fact, to articulate such an alternative is a challenge to us all, wherever we place ourselves on the political spectrum. Can we invent better alternative models of market capitalism, models that absorb and support its undoubtedly necessary features and effects—but which are also able to move beyond its limits and failures? In this respect, the conservative imagination as well as that of the liberal right is also too limited.

Yet developing such alternatives will be a pressing task in the coming years. For the current dissidence is a reminder that the tolerance for disparities, for inequality, can shift sharp and sudden. In our own case, just as 65 years of democracy have broken down age-old structures of deference and released a new defiant energy, so too several decades of rapid but uneven growth may, before we are quite ready to acknowledge it, dismantle the intricate self-deceptions that have so far kept India’s grotesque disparities protected from mass protest. Sometimes, the most inertial social habits and manners can overnight tumble into dust.

Across the developed world, popular reaction against the financiers of capitalism as well as its corporations raises the question: Can market capitalism find ways to re-legitimize itself? It’s already a pressing question in India, and will become more so if—as is quite possible—politicians start to make the market a target of attack. One counterpart of the weakening and inefficacy of our institutions has been the rise of both political and legislative populism. Even as government’s capacity to actually do things wanes, those who hold or pursue government office are only too happy to inflate their promises as to what they will do. More and more, that may now mean pushing policies and measures that curb and interfere with the market in ill-considered ways.

The fact is that intellectual analysis of how to improve the workings of the market rarely match the generalized popular outrage against it—outrage that politicians are only too happy to exploit.

When fear, greed and uncertainty whorl across the globe, we should realize we are in dangerous times. If capitalism is not able to re-legitimize itself, it is unable to reinvent itself in some less ugly form, we shall be in for some hard times too. We shall need somehow to strike a balance between, on the one hand, the desire of politicians to garner votes by pushing redistributive social policies and regulation and, on the other hand, making sure we keep the economy open, markets functioning, and incentives alive. Equality, the new rallying cry, is not really the issue—nor is redistribution. Indian capitalism will have to sustain its legitimacy by enabling more to participate in its benefits—and for that education, training and skills, are far more essential than redistributive policies.

It’s a crucial matter for corporate India—and also for India’s economic future—whether the current global disaffection and even revulsion against market capitalism will take wider hold in the country. It has not so far: People in India are still hopeful that their turn will come. But we are already seeing the political classes starting to exercise their populist instincts—and we may be in for a long hot season of radical rhetoric and legislative populism. If that happens, our economy may suffer a lost decade—or even worse, the very productive mechanisms we need to function effectively will be jammed. In the end, it will be very much up to our business leaders and political elites, our rich and powerful, whether or not they can focus their minds, curtail their greed and extravagance, and work together to shape an Indian capitalism that is at once profitable as well as less systematically unjust.

Sunil Khilnani is director of the King’s India Institute at King’s College London.Write to him at publiceye@livemint.com