India’s obsession with the Oscars often resembles a more concentrated version of its obsession with the English Premier League. We really don’t have an active stake in either, but we watch them, live-tweet them, say uncharitable things about our friends because of their opinions on them.

Even the most fervent EPL fan in India would agree that there’s not much chance of Indian representation in the league in the near or even semi-distant future. But every year, a small window of hope opens in the minds of wishful film buffs and teases the thought that, if we just select the right film, an Indian entry might get picked for the Foreign Film category at the Oscars. In reality, only three Indian films have been nominated: Mother India (1957), Salaam Bombay! (1988) and Lagaan (2001). None of them won.

This evening, a Film Federation of India (FFI) jury headed by actor Amol Palekar announced India’s entry for the 2016 Oscars, selected from a list of 30 films. This put to rest the speculation of the last few days, with critics and film buffs debating the relative merits of Court, Masaan, Killa and Kaaka Muttai. Some even fretted that the committee might nominate the impressively mounted but conventional mega-hit Baahubali. In the end, though, it turned out to be the presumptive favourite: Chaitanya Tamhane’s Court, winner of two FIPRESCI prizes, two awards at the Venice Film Festival and the National Award for Best Feature Film.

Court is Tamhane’s debut feature film, which released in Indian theatres on 15 July. (Read about Court’s international journey here). The film is centered on a court case against a singer-activist who is accused of abetting a sewer worker’s suicide but who has also been a thorn in the authorities’ side in the past. It also examines and contrasts the lives led by the accused, the defense, the prosecution and the judge. The distinctive long takes, the meticulous detailing and the sharply observant, satirical screenplay earned the film almost uniformly strong reviews at home and abroad.

Though the list of films that were shown to jury has not been made public, it’s fair to assume that it included Neeraj Ghaywan’s Masaan, which won two awards at this year’s Cannes Film Festival, and Avinash Arun’s Killa, which won the Crystal Bear in the Generation KPlus category at the 2014 Berlinale. M. Manikandan’s enchanting Kakka Muttai is quite likely to have been on the list as well, and perhaps Aditya Vikram Sengupta’s experimental, wordless Labour of Love. It’s an unusually strong field this year: these are all remarkable films, and a serious case could have been made for any of them. Still, it’s unlikely anyone is going to go to town protesting the final selection, as happened in 2013 when The Good Road was favoured over The Lunchbox. 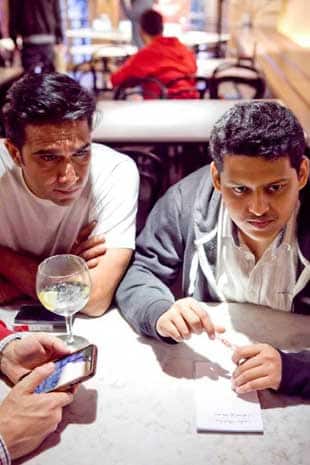 As the date for the announcement of Oscar nominees draws close, there will most likely be a slew of think-pieces pointing out how Court’s theatrical release in the US and its long tour of the international festival circuit gives it a fighting shot. The fact remains that it will be up against better-known and possibly better-funded competition for those five precious spots that US grants the rest of the cinematic world. France has nominated the acclaimed Mustang over Palme d’Or-winner Dheepan, and Sweden has picked the highly favoured A Pigeon Sat on a Branch Reflecting on Existence. Other heavy-hitters include Hungary’s entry, the Cannes Grand Prix-winner Son of Saul, and Taiwan’s The Assassin, which won Hou Hsiao-Hsien Best Director at Cannes. Still, it seems like the FFI has, for once, picked the right film to try and beat the odds with.

The Oscars will be announced at the annual Academy Awards ceremony on 28 February, 2016.