In the 125th anniversary year of B.R. Ambedkar, an exclusive excerpt from a forthcoming tome on the Indian Constitution. In this introduction, the book's editors explain how the Constitution was about a moral revolution and how it transcended nationalism

The Indian constitutional project can be described in many ways. For its most prominent historian, Granville Austin, the project was about “social revolution". For others, it was a political project, an expression of the fact that the Indian people were finally sovereign and dedicating themselves to the universal values of liberty, equality, and fraternity. The project does, in some ways, further all these goals. But the backdrop of those substantive aims contains two meta-aims of the Constitution, as it were, that often go unremarked. When the Constitution was enacted, there was a self-conscious sense that in writing a text, India was finding a way to resolve major substantive debates and disputes over norms and values. The task of constitutionalism was a morality that transcended positions and disagreements on particular issues; indeed, its strength was that it gave a framework for having a common institutional life despite disagreements. The second aspect of constitutionalism was the ambition that while the Constitution would serve Indian needs, it would not be bound by any particular tradition. It would, rather, reflect and be in the service of a global conversation on law and values. In the debates over particular doctrines, it is easy to miss the distinctiveness of these two ambitions, and the way in which they have informed the practice of constitutionalism in India. In some ways, more than particular achievements, it is the institutionalisation of these practices, against the odds, that constitutes the greatest achievement and challenge of Indian constitutionalism. Constitutions endure for a variety of reasons. Some endure because of a deep political consensus. In some societies, the sheer balance of power amongst different political groups makes it difficult for any group to overthrow a constitutional settlement. In some cases, constitutions provide an artful settlement that does not deeply threaten the power of existing elites, but nevertheless provides a mode of incorporating the aspirations of previously excluded groups. While it is hard, not simply for methodological reasons, to determine what has enabled the endurance of India’s Constitution, it is worth reflecting on how the project of constitutionalism was historically understood.

What does it mean for a society to give allegiance to a constitution? India’s Constitution bore the imprint of a long nationalist movement that made choices that have shaped its trajectory. The first and most significant choice was the idea of constitutionalism itself. The Indian nationalist movement, while radical in its normative hopes, was self-consciously a constitutional movement. In its early phases, it spoke the language of English law. Even when it acquired, under Gandhi, the character of a mass movement, it was anti-revolutionary. It placed a premium on eschewing violence as a means of overturning social order or advancing political goals. India has been subject to occasional violent political movements, from various secessionist movements to Maoism. But violent revolutionary movements have found it difficult to gain mainstream legitimacy. In that sense, even if not expressed in the formal language of law, a grammar of constitutionalism has marked India’s mainstream political choices. Although the idea of non-violence has been associated with Gandhi’s legacy, its greatest political practitioners have been India’s most marginalised groups. Dalits, who were India’s most unimaginably oppressed social groups, with most reason to resent the structural violence of India’s inherited social and political order, have in a sense been at the forefront of owning a constitutional culture. This is in part due to the fact that B.R. Ambedkar, now iconised as one of the architects of the Indian Constitution, was Dalit; this is partly due to the fact that the Constitution gave political representation and representation in public jobs to Dalits, and partly due to the fact that the Constitution saw itself as a charter of social reform. But given the scale of social violence that Dalits suffered, the degree to which they see the Constitution as their own is remarkable. Constitutionalism at its core signifies a politics of restraint. The Indian Constitution, when it was promulgated, laboured under the charge of being un-Indian. In the closing debates of the Constituent Assembly, we notice the criticism that the Constitution bore little resemblance to Indian ways of thinking about the law. It jettisoned even the political theory of the man from whom so much of the nationalist movement drew its authority: Gandhi. Instead, it represented an amalgam of many sources and traditions. For instance, it was profoundly shaped by the system of English Common Law that had effectively been institutionalised in India. It bore a deep imprint of the Government of India Act 1935. It borrowed Directive Principles of State Policy from the Irish Constitution, and was influenced by the American debates over due process—all made to serve distinctly Indian political challenges. Even though the Constitution had the political authority of the nationalist movement behind it, it ran the risk of being vulnerable to two charges. The practical accusation was that it was not a constitution suited to India’s needs. The theoretical charge was that the Constitution represented a kind of derivative eclecticism. It is for this reason that Indian constitutional law and Indian courts are at the cross-currents of almost all major legal debates. They are not constrained by the sources they cite: they can roam freely over American, English, South African, Israeli, or even Pakistani jurisprudence. They can freely read international law principles into the Constitution. They can read the American First Amendment into the Indian Constitution. While the quality of the reasoning can be disputed in individual cases, there is no question that to enter the world of Indian constitutional law is not to enter into a world of parochial concerns, derived from the peculiarities of a political tradition; it is to enter a global conversation on law, norms, values, and institutional choices.

This conversation bears the imprint of almost all layers of constitutional transformation. Like many constitutions, it concerns itself with the limits and constraints on public power, the ways in which the sovereignty of the people can be preserved against various usurpations. It concerns itself with the recognition and protection of human rights. Indian constitutional law innovated in the expansion of these rights, to make social and economic rights justiciable. But it also bears the imprint of complex debates over development and the place of property rights in that process. This is a body of constitutional law that has also allowed for a transition from a state-led, redistributive model of economic development to a more liberalised and globalised economy. It has dealt with the exigencies of a complex regulatory state and the tensions between legislative authority and delegation that a modern administrative state imposes upon politics. 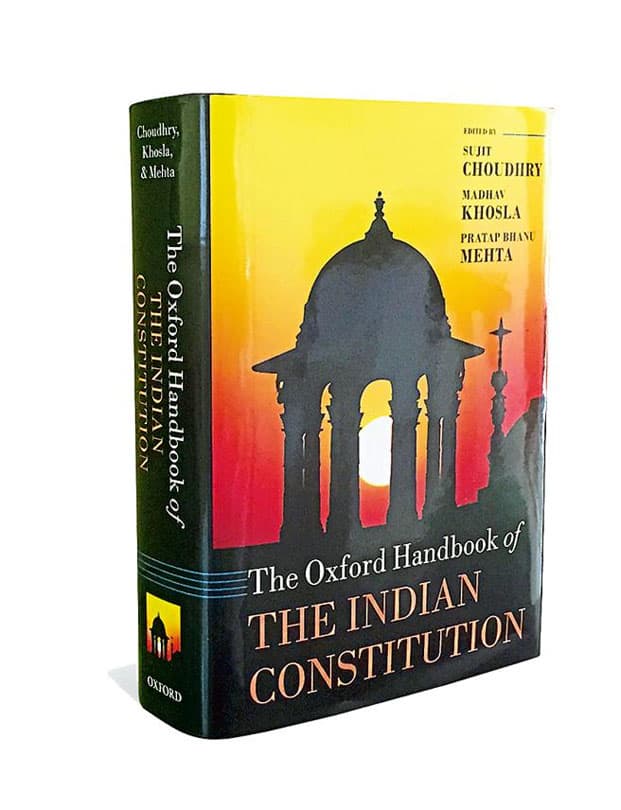 Excerpted with permission from Oxford University Press. The book will be released on 20 April.