Share Via
Read Full Story
Topics
TechnologyGoogleWaveAppleTwitterSymbianMobileBusiness of LifeTechnology for you

Verbose phenomena of humongous hype, or silicon dreams of spurious sheen… A look at the once rising rookies of 2010 that failed to fulfil their promise in the year that was. 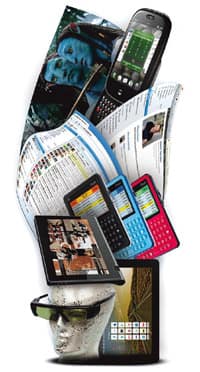 “This (WebOS) platform is going to be the basis for innovation for a decade to come," proclaimed Palm CEO Ed Colligan while speaking about the Pre’s operating system at the Consumer Electronics Show in January. Barely a few months later, the company had gone under, snapped up by Hewlett-Packard (HP) for $1.2 billion (around ₹ 5,420 crore now). And Palm Pre, a serious iPhone killer, was history. Unfortunately, the smartphone primarily failed to gain critical traction in the face of the Apple onslaught and miscued marketing policies—despite earning critical acclaim as an excellent feature- and function-rich handset.

Be it the TwitterPeek (Twitter-only mobile) or Peek Pronto (email-only hand-held), stand-alone devices are going the way of the dino. One-trick ponies may make life much simpler, help you conserve battery life, offer easier multitasking, and make you less dependent on a single do-it-all device, yes… But when your mobile phone is already capable of hooking you into Twitter along with fetching your mail and allowing you to browse the Web, do you really want to carry (and pay for) another gadget that only lets you tweet? Besides, it couldn’t take pictures or link to the Web unless you knew the exact address… and had no appeal outside Twitterverse.

Promising to marry (or combine) your email, instant messaging, events diary, photo management as well as social networking (Facebook, Twitter, Digg, etc.) into one single mega, easy-to-handle tool, this was supposed to be the future of communications till late last year. Then one hot August night in 2010, the world’s favourite search engine maker decided to pull the plug on Wave. Clearly, the multi-threaded, real-time communications platform was way too complex for anyone to figure out. Even as Wave is consigned to be a footnote in Google history (like Lively, or Web Accelerator, Video Player, Checkout or Answers, etc., before it), we wonder if Google Buzz too is headed for the archives.

Maybe we expect too much from Apple. Maybe we’ve given Ping (the company’s new iTunes-centric social networking service launched in September) very little time to catch on. Maybe it’s a bit of both. Yet, thus far, users don’t seem to have found Ping either compelling or socially very engaging. While a mailer from Apple states that “Ping already has millions of users", this includes a large number of people who simply ventured in to check out the service. Overall, it hasn’t quite caught the imagination of the world and is being used as a service for rating music rather than a real social network. Besides, Windows users whine about its sluggish behaviour and it has yet to get apps for the BlackBerry and Android platforms.

It was being dubbed “generations behind" even before it saw the light of day. While Symbian 3 improved vastly upon its previous avatars, its innovations weren’t compelling enough to stem the slide away to Android and Apple, let alone steal straying eyeballs back from these aggressive and alluring OS Davids. It was not so much about functionality as it was about enhancing the user experience and adding a wow factor to draw people away from the competing platforms that Symbian 3 missed out on. Little wonder then that leading handset manufacturer Sony Ericsson followed Samsung in forsaking Symbian’s shores in favour of Android and Windows—leaving Nokia as the only industry stalwart to hold the S3 fort.

Almost a year after its first prototype demo, non-stop high decibels of effusive talk and a profusion of promising facts that included detailed specifications and pricing down to the last cent ($375.33 for the basic model, $425.33 for the 3G edition, etc.), the much ballyhooed tablet from India, the Adam, has remained by and large vapourware. The first 6-minute (semi-professional) video demo of it has just emerged (18 December), a week after it opened (and closed) glitch-ridden, pre-order bookings. While it demonstrates Adam’s slick Eden panelling system, smooth touch-screen interface and multitasking, the video shows no evidence of the hyped Pixel Qi screen abilities, HD video, Google apps, or even a rudimentary home screen yet. And no Android Market until the Honeycomb OS update?

Write to us at