One of the most suggestive paradoxes of India’s transformation from colony to democratic republic was that of one of the founding fathers of Indian democracy—the architect of its Constitution, and an authority on the science of government—who was also one of its greatest sceptics. For most of his life, Bhimrao Ambedkar was engaged—even as the Indian National Congress tried to orchestrate the movement that would yield to all Indians freedom from foreign rule—in a struggle to secure for the “untouchables" of India a guarantee of “some of the most elementary rights to which human beings are entitled". 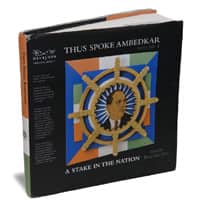 Ambedkar’s compatriot and frequent antagonist on issues concerning Dalits and Hindu society, Mahatma Gandhi, ambitiously held that independence from foreign rule was merely a beginning, and that real swaraj would only be ensured when each person realized his or her potential. Ambedkar, meanwhile, was making the much more modest, but nevertheless invaluable, point that political democracy was a farce when not accompanied by social and economic democracy.

The speeches collected in Thus Spoke Ambedkar by one of his students and followers, Bhagwan Das, cover a span of about 25 years in his career from 1930. They give us a sense not of the Ambedkar we know retrospectively, but rather an Ambedkar on the move, trying to work out the best position to take not just on the issue of caste struggle but also labour, capitalism, foreign rule, domestic political formations and constitutional architecture. The sites and occasions where they were delivered are very diverse, from a meeting of the railwaymen belonging to the Depressed Classes (“I am glad," says Ambedkar, “that we have met today more as workers than as untouchables") to the hall of Parliament. Their positions, inevitably, are not consistent: Ambedkar veered towards Marxism in his youth and made many sceptical pronouncements about the efficacy of parliamentary democracy, but gradually reversed these leanings as he grew older and finally became the face of constitutional democracy. 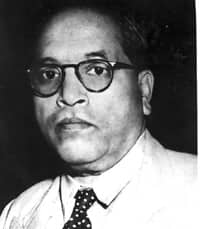 Of course, as Ambedkar himself understood, this was at best only a partial solution to the problem. The challenge of how to integrate into the mainstream by asserting, as a first step, one’s separateness continues to vex the politics of reservation today.

In the absence of a major biography, one looks forward to the publication of the three remaining volumes of speeches in this series, as also the reissue of Ambedkar’s works Annihilation of Caste and Pakistan or Partition of India by the same publisher, for a fuller sense of the vision of this most constructive of Indian sceptics.