Sales is not about being pushy

Sales is not about being pushy

Written in collaboration with over 20 business experts, BusinessWise-Words of Wisdom for Small Businesses With Big Ambitions is a collection of essays that simplifies complex situations at every stage of running a business. Soft Selling: Understand the primary motivations of your target audience

Written in a point-by-point format, it is a practical guidebook for entrepreneurs put together by experts from various fields. The writers are life members of Ecademy.com, a UK-based networking membership organization for entrepreneurs and business owners.

In a chapter titled Soft Selling—How to Sell Without Selling, author Richard J. White breaks the stereotype of the aggressive and untrustworthy salesman. White shows how the right kind of mindset can earn repeat customers and make the process of selling more natural. Edited excerpt:

A high proportion of people starting in business for themselves would never have chosen a career in sales. Yet they decide they want to start a business and no matter what business it is, the income will need to come from somewhere and that will almost always require someone to decide to do business with them. I fondly refer to such people as “accidental sales people" and I started in sales as an accidental salesperson. I did not choose to be a sales professional but I did want to win business. 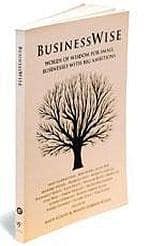 A softer way to sell

When I became an accidental salesperson I had a similar reluctance towards sales. I had never intended to have a career in sales and the only sales experiences I could remember were negative. For example, the time I got talked into buying expensive double glazing I did not need, or the endless cold calls from people reading from scripts and not taking no for an answer. That was not me! I was a consultant, not a salesman! Yet at the age of 35 I found that to progress my career further I would have to start bringing in business to the firm.

With all my negative and distorted perceptions, every technique I learnt just seemed to reinforce my view that sales was manipulative and about pushing people into buying decisions. Deep down I knew there had to be a way to succeed in sales without being dishonest. The more I looked for such people, the more I found them and started to learn from them. Although I was not very successful to begin with, I persevered. I was recommended books which were more about psychology, motivation and language than techniques. I found that the more I understood about other people the easier sales became and the more success I got.

Soft Selling is a mindset, not a technique

The selling techniques of Soft Selling are very similar to those advocated by solution-based selling or consultative selling. The difference is that Soft Selling is about working with human nature rather than against it. It’s not the techniques that fail to produce results but the mindset of the person using the techniques. People that are reluctant in sales or are not getting the results they want are operating from the wrong mindset. Rather than working with human nature they work against it. For example, it is human nature to be on your guard if someone appears to be pushy or clearly not telling the truth. It is human nature for people to like and trust people like themselves. It is human nature to avoid risk when money is concerned, especially if it is their own money or their livelihood may depend on the decision.

Rather than pushing products and services onto customers, Soft Selling is about understanding the primary motivations of your target audience and making your products and services compelling so that they attract people looking to buy. It’s about getting a balance between the soft relationship-based skills and the hard process-based skills. The difference between top sales people and average sales people is more often than not the softer skills rather than the technique. Average sales people are normally very likeable but due to their approach they often find it difficult to achieve the levels of trust needed to take their sales to a whole new level. The good news is that the less a salesperson operates like the sales stereotype, the easier it is to win the trust of prospects and customers.