This exhibition of graphic prints, put together by artist V. Hariraam, will feature a host of printmakers from Albuquerque, New Mexico.

The Rotary Club of Madras will organize a car rally in aid of its community projects. It will be flagged off at Radisson GRT and end at GRT Resort Temple Bay, Mamallapuram. The last date for registration is 9 April. There will be a briefing for participants outside the Radisson GRT Hotel at 6.30pm on 9 April. Participants will be given a route map and clues to hidden treasure—they can win smaller prizes and then claim the big prize.

This camp will introduce teenagers to activities such as painting, drawing and craft through expert facilitators, who will help hone their skills.

Paprika Café will serve authentic delicacies to herald the Punjabi New Year and celebrate the harvest season. There will be a host of colourful events with the dinner buffets.

French film-maker David Teboul tries to makes sense of the mysterious world of Yves Saint Laurent, the renowned designer, through this series of short documentaries. The first screening is Time Regained (12 April), an interview in which the designer talks of his childhood, adolescence and great moments. While 5 Avenue Marceau (13 April) shows Saint Laurent deep in the creative process, Inside Elle (15 April) and And Elle Created Woman (16 April) were made by Teboul to celebrate 60 years of Elle magazine and its relationship with the world’s best designers.

This screening is part of the Goethe-Institut’s Schüler Stammtisch monthly rooftop get-together sessions, which are followed by discussions at Café Max. This multi-award-winning feature (the title translates to The Lives of Others) can be seen as a sort of strong, solid, politically relevant genre piece. A remarkably assured work, it paints an altogether darker picture of life under East Germany’s Communist regime than the almost cosy existence nostalgically evoked by films such as Good Bye Lenin!

Right Lines Gallery returns from a hiatus of several months with a solo show of paintings by Kolkata-based artist Mithun Dasgupta. The 29-year-old studied at the Rabindra Bharati University, has won a couple of awards of merit, and shown on only a handful of occasions so far.

Nirmischief is an exhibition of caricatures by Nirmish Thaker from In toon:Bade Ghulam Ali and Lata Mangeshkar by Nirmish Thaker.

A new group show at Renaissance Gallerie features the work of a handful of Bangalore-based artists, including Ashok U., Deepti Raghuram, Girish Kulkarni, K. Manohar, Shanti Satyanarayan and Shripad Kulkarni, along with Kolkata-based artists Arun Sammader and Shomi Banerjee, and Prakash Pore from Maharashtra.

Sitar player Rafique Khan and his twin brother Shafique Khan, accompanied by Rajendra Nakod on tabla, will present an interesting counterpoint at the end of an ongoing 21-day Ram Navami concert series which has showcased 33 Carnatic performances at the Seshadripuram Educational Trust grounds this fortnight. The Khan brothers are the seventh generation in an illustrious family of sitar players from Dharwad, playing in the Gwalior gharana style. They are also the youngest of five brothers—all sitar players. Their father and grandfather were also eminent sitar players. They also occasionally perform with their other siblings as a single unit called the Panch Sitar, or “five sitars".

The Purnachandra Yakshakala Paristhana, a Bangalore-based Yakshagan troupe, will perform the story of the Hindu god Ram. Yakshagan is a style of dance drama popular in south India which usually depicts a story from the Hindu epics and/or the Puranas. The dance item will portray chapters from the Uttar Khand of the Ramayan, in which Ram expresses sorrow over the loss of his wife Sita, and later settles his “worldly dues before returning to vaikunta, or heaven".

Hemant Babu and Michelle Chawla, owners of Tamarind Tree Farm in Dahanu, Maharashtra, host weekend workshops on agriculture and Warli art for children aged 7-15 (to be accompanied by an adult). Participants will learn to work on a farm, plant vegetables and understand the basic concepts in agriculture, and visit the villages where Warli artists live. Food and accommodation will be provided—workshop participants will be hosted in four cottages on the farm.

Tamarind Tree Farm, Sogve village, Dahanu. For details, call Rachna Toshniwal on 9820030602 or email at rachna@tamarindtree.org. Fees, Rs1,500 per day for a parent-child pair, and no extra charges for the second child if he/she is under 3. 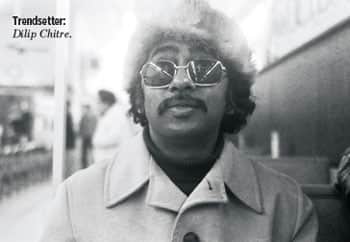 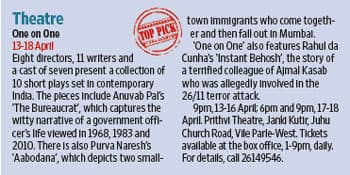 Five heartbroken strangers—a free spirit from North Carolina, a Tucson accountant, a single father in Vermont, a Manhattanite widower and an Astoria-based singer-songwriter—intersect in this play from writer, director and actor Eric Schaeffer.

Nowhere is a Room: A Discussion 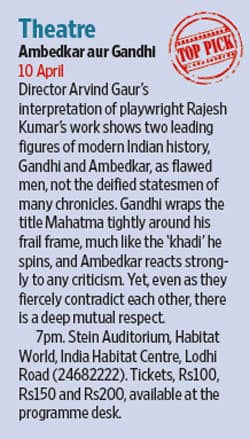 In 1999, photographer Gauri Gill travelled to Rajasthan to take pictures of village schools. What she saw there made a deep impression, and her intended one-month photojournalism excursion turned into an 11-year project, which has now culminated in Notes from the Desert. The photographs, mostly black and white, capture scenes from the daily lives of Rajasthani villagers and nomads—from weddings to panchayat elections.

Run for your Wife

Dramatech troupe’s play is based on Ray Cooney’s acclaimed comedy which ran for six years in London’s West End. This adaptation features a Delhi tourist car operator with two wives who lands up in hospital and must deal with prying policemen, the press and two irate wives.

7pm. LTG Auditorium, Copernicus Marg, Mandi House (23389713). Tickets available on www.bookmyshow.com or at the venue from 2pm on show days. 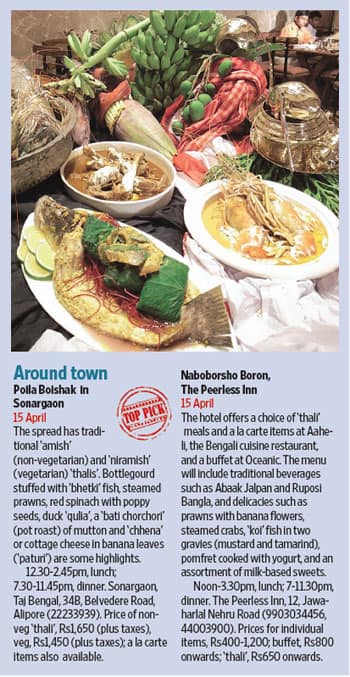 An evening of folk music

The evening begins with folk singers Tarak Khapa and Uttam Das presenting Baul gaan, followed by a screening of Folk Bengal, a documentary on folk instruments by Bappa Sen.