Home >mint-lounge >To be the best in Europe

To be the best in Europe

To be the best in Europe 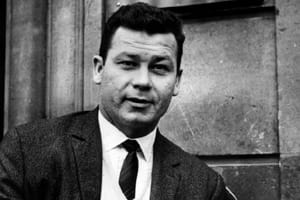 The final kicked off at 10pm on a Sunday. By the time 23-year-old Viktor Ponedelnik, whose surname translates as Monday in Russian, struck the extra-time winner, it was past midnight in the erstwhile Union of Soviet Socialist Republics, or USSR. Ponedelnik headed the winning goal with only 7 minutes left in extra time.

Midfielder Jesus Maria Pereda’s 6th-minute strike for Spain against the USSR in Madrid remains the quickest goal in the Uefa European Championship final.

Nicknamed The Architect, midfielder Luis Suárez, regarded as one of Spain’s greatest players, was instrumental in Spain winning the title. He was the first Spanish-born player to be voted European Footballer of the Year.

The final, after a 1-1 draw on 8 June, was played again two days later, when Italy beat Yugoslavia 2-0. This is the only Uefa European Championship final to go into a replay. In the first final, trailing 0-1,Angelo Domenghini struck just 10 minutes from close to equalize for Italy and force a replay.

Italy’s goalkeeper Dino Zoff conceded one goal in the four games he took part in. As Italy’s captain in the 1982 World Cup in Spain, Zoff holds the record for being the oldest winner (at the age of 40) of the World Cup.

Müller scored both goals in the 2-1 semi-final win against Belgium as well. He scored another seven in the qualifying stages. West Germany had one of the game’s greatest defenders—Franz Beckenbauer—and with Paul Breitner (left-back), Uli Hoeness, Günter Netzer, Herbert Wimmer (midfielders) and Jupp Heynckes (forward), the final was not much of a contest. After the first seven spot-kicks found their target, Uli Hoeness fired over the bar for the holders, which left Antonín Panenka the unenviable task of finishing it for the Czechs.

Header Monster: German footballer Horst Hrubesch (centre)scored 136 goals, 81 of them headers, in his eight-year stint with the Bundesliga. By Roland Witschel/dpa/Corbis

Klaus Allofs became the third German in succession to finish as the tournament’s top goalscorer.

Nicknamed Header Monster (in eight years in the Bundesliga, he scored 136 goals, of which 81 were headers), Hrubesch went goalless through three matches in the group stage and his selection for the final was in doubt. Coach Jupp Derwall made “the right choice" in ultimately picking him.

Platini’s hat-tricks against Belgium and Yugoslavia.

France in the semi-finals were 1-2 down against Portugal when goals from Jean Domergue and Platini, both within the last 6 minutes, sealed the win. In the final, Platini scored in the 57th minute and a few seconds before the end of play, Bellone scored the second goal to give France their first Euro title.

USSR remain the only team to lose in three Uefa European Championship finals.

A hat-trick against England, a semi-final winner versus West Germany and a spectacular volley to see off USSR in the final—van Basten proved why he was the generation’s best striker.

This event in Sweden was the first major tournament in which player shirts bore their names and numbers, from 1 to 20.

Goalkeeper Peter Schmeichel denied the Netherlands’ Marco van Basten in the shoot-out in the semi-final to give Denmark a 5-4 victory to enter the final. Though trailing 1-0 in the final, some great saves by Schmeichel kept the team afloat.

A record six teams made their tournament debuts at Euro 1996—Bulgaria, Switzerland, Turkey, the Czech Republic, Croatia and Russia.

Andreas Köpke, the German goalkeeper, kept his goal intact throughout the group stage, saving a penalty from Italy’s Gianfranco Zola in the final pool game, and then stopped another spot-kick, from Gareth Southgate, in the semi-final shoot-out against England.

France became the only Fifa World Cup holder to win the Uefa European Championship in 2000; seven players were in the starting XI for both finals.

France were almost out of the final, trailing 0-1, when Sylvain Wiltord’s injury-time equalizer pushed the contest into extra time. Then came Trezeguet’s goal, only the second golden goal to win a Uefa European Championship—the only other such goal was by Oliver Bierhoff (Germany).

Greece’s win made them the ninth team to claim the trophy in 12 editions of the Uefa European Championship.

Captain and defender Theodoros Zagorakis was named player of the tournament for his strong performance in the midfield.

Iker Casillas, Carles Puyol, Carlos Marchena, David Villa and Xavi Hernández went on to form the backbone of the side that won the World Cup in 2010.