Thanks for Visiting Mint
You seem to have an Ad Blocker on. Please turn it off in order to continue, or whitelist Mint
HOW TO TURN OFF AD BLOCKER
OR
REFRESH IF YOU ALREADY TURNED OFF THE AD BLOCKER
Home >Mint-lounge >Features >Oscars 2016: The world is yours Looking for a legal dose of Oscar-nominated melancholia? You’ll find that in the Best Animated Feature category. For perhaps the first time in its history, four of the five nominated films are positioned somewhere on the scale between mild disaffection and outright depression. When Marnie Was There is a Studio Ghibli production that deals, among other things, with abandonment and psychological issues in its child protagonists. Pixar’s Inside Out has a young girl succumbing to creeping depression. Charlie Kaufman and Duke Johnson’s Anomalisa is a bitter, cynical satire with an amazingly naturalistic lovemaking scene. Only the vaudeville creativity of Shaun the Sheep Movie manages to stay on the sunny side. The fifth contender, O Menino e o Mundo (Boy & The World), might also have slipped into sadness had it not been rescued at every step by the energy and ramshackle beauty of its artwork. The film, written and directed by the Brazilian Alê Abreu, is about a young boy named Cuca, who lives with his parents in the countryside. One day, his father bids them goodbye, takes the train and leaves for a distant town in search of work. Days pass and he doesn’t return. Eventually, the boy sets out to find him, journeying to the unnamed, intimidating capital. Abreu’s film has very little dialogue, relying instead on shape-shifting hand-drawn animation and a beguiling soundtrack to convey its storyline and (more importantly) emotional tenor. At times it’s like a Miro painting come to life – as playfully surreal, and as drunk on colour. Some scenes appear to have been drawn by an unusually gifted five-year-old; the planes, trains and tanks have eyes; the humans are all stick-and-circle figures, with gashes for eyes and little facial expression. It’s the antithesis of the Pixar approach, which prides itself on its naturalism and mannered beauty. 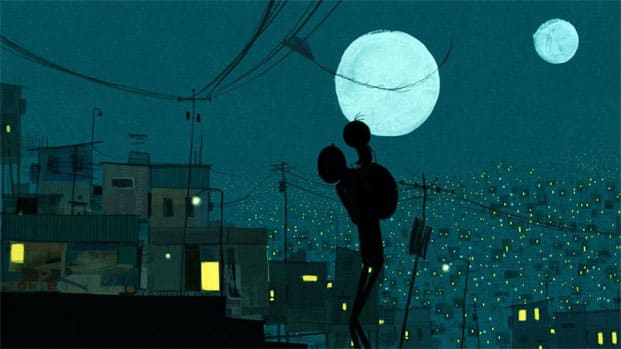 It says something that, in an Oscar field packed with bold, unusual films, Boy & The World stills feels like the most innovative, unhindered vision. Its constantly evolving visual and sonic landscape reminded me of Eiichi Yamamoto’s Kanashimi no Beradonna (Belladonna of Sadness), which was shown at the Mumbai Film Festival last year. That startlingly sensual 1973 film had in common with Abreu’s a determination to not tell its story straight, to get its audience drunk on image and sound. But Belladonna was also easier to be entranced by than to feel emotionally connected to, whereas Boy & The World is never far from being moving. 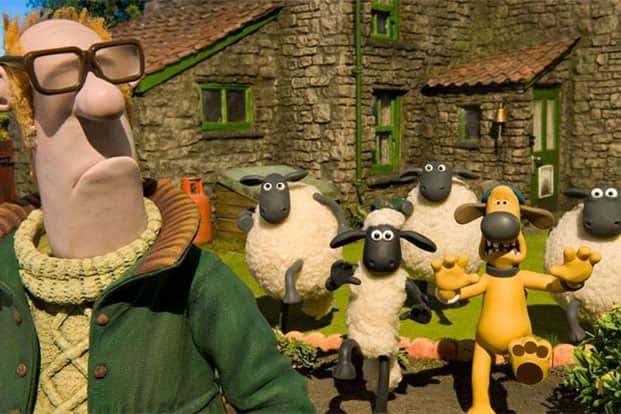 It is highly unlikely that this film will come to a cinema near you. The same goes for Don Hertzfeldt’s World of Tomorrow, nominated in the Best Animated Short category. Like Boy & The World, the animation has a crude, child-like quality, but the similarities stop there. Hertzfeld’s film, which tells of a young girl (voiced by the director’s four-year-old niece) who meets a clone of hers from 227 years in the future, could be described as science-fiction, but the black humour it employs pushes it in the general direction of satire. The Academy might find the Pixar short Sanjay’s Super Team more accessible – the same way Pixar’s Inside Out will probably pip its competition in the features race – but it’s World of Tomorrow that’s likely to ignite your imagination.