Point Omega is the American novelist Don DeLillo’s 15th novel in a storied career of four decades and, more interestingly, the second in succession to prominently feature a performance artist. DeLillo’s Falling Man (2007) took its title from an artist who, in the weeks after 9/11, suspended himself above the streets of the city, reprising the panic and the pathos of people trapped in the burning towers who preferred to jump to death rather than be burned. In his slim, austere new novel, DeLillo’s characteristic obsession with the way the moving image and technology have changed our lives takes us into an art gallery in New York, where a film is playing on a large screen. 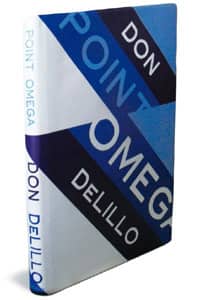 A man—presumably the ideator of the installation—stands in the darkened gallery all day long, tracking the action of the film with the movements of his own body, and training his mind and awareness on the wealth of information in the frame, on the abstract beauty of the slowed-down rushes. The goal, he feels, is “to see what’s here, finally to look and to know you’re looking, to feel time passing, to be alive to what is happening in the smallest registers of motion". This could easily be the aim of the lyric poet, trying to fix a moment or mood or scene definitively, permanently, in language. “The film’s merciless pacing," continues DeLillo, “had no meaning without a corresponding watchfulness, the individual whose absolute alertness did not betray what was demanded." The power of this little epilogue rouses the reader to a similar involvement.

But even in so short a passage, something characteristic of DeLillo’s fiction has been revealed to us: His concepts are usually stronger than his characters. The man we see in the gallery is given no name, no past, no biography, no freedom from the demands of the situation. It is as if the absolute concentration demanded by the installation is also a demand of the novelist, who is thereby allowed to focus on the hermetic little world he has set up.

DeLillo’s epilogue leads out into the encounter of two men in the desert: Richard Elster, an academic in his 70s who has just spent two years helping the US administration “conceptualise" (this is DeLillo’s unacceptably vague word) the war in Iraq, and Jim Finley, a young film-maker who wants to make a film documenting Elster’s experiences. Like the artist of the opening passages, Elster is shown not engaging directly with the world but rather theorizing about what life is like or should be like. “The true life," he holds, “takes place when we’re alone, thinking, feeling, lost in memory, dreamingly self-aware, the submicroscopic moments." As far as epiphanies go, this is not particularly original; coming as an introduction to a character, as it does here, it has the effect of dissipating our sympathy for him from the very beginning.

Elster and Finley go through day after day in the desert and talk about the war and the film, but Finley never seems to get down to work, as if neutralized by Elster’s insistent claim that “consciousness is exhausted". All attempts at human connection go awry, including one between Finley and Elster’s self-absorbed daughter Jessica. Although Point Omega is self-consciously elliptical, it never quite works up the network of meanings and connections promised by the suggestive opening, and its actual engagement with the war on Iraq seems so slight as to be almost frivolous. Point Omega is a cold and somewhat charmless work.