Thanks for Visiting Mint
You seem to have an Ad Blocker on. Please turn it off in order to continue, or whitelist Mint
HOW TO TURN OFF AD BLOCKER
OR
REFRESH IF YOU ALREADY TURNED OFF THE AD BLOCKER
Home >Leisure >Food trail | Even better than the real thing?

Food trail | Even better than the real thing?

Food trail | Even better than the real thing?

In fair Verona, home to the Vinitaly fair, a celebration of all things wine and all wines Italian, began my voyage. Four days and several hundred glasses of bold Tuscans, mighty Barolos, seductive Sicilians and innumerable other varietals later, I was ready for a solo culinary pilgrimage that would begin in Juliet’s hometown and snake south through some of the most scenic Italian towns before ending in Rome. 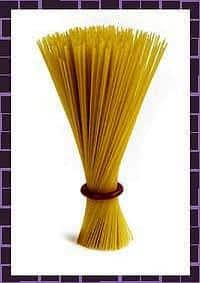 Pasta point: Indians experiment more than Italians with this staple.

The countryside seemed to be in sync with me. It was spring, and nature was showing off in the way only nature can. The vineyard tours I had undertaken as part of Vinitaly and the train journey from Venice to Verona encapsulated why everyone falls in love with Italy. Almost every patch of land seemed to have a purpose, whether it was the mushrooms that grew wild in it, or the wild boar that foraged on it. Peach trees blossomed on the wayside; rolling hills, laden with every kind of fruit and vine, stretched into the distance.

To fulfil my desire to try everything, I dined at roadside kiosks away from the tourist centres, ordered takeaways, ate where the taxi drivers congregate, at a vineyard helper’s home and in Michelin-starred restaurants. I also dined at tourist spots, celebrity chef restaurants, seafood speciality restaurants, in the best steak houses and at bakeries that have existed for centuries. As the fortnight went by, one conclusion seemed inescapable.

A memory came back—of a meal I’d had at chef Mario Batali’s restaurant in Manhattan eight years ago. Batali is a true champion of Italian cuisine and, as I ate my way through excellent pig’s jowl, liver paté, artisanal bread, trotters, tripe, calf liver and kidney, I remember thinking that if the New York restaurant offered just a glimpse of Italy, then the real deal must be panoramic. But, but, but...

The branzino, a sea bass, at a mid-range restaurant in Verona must have been amazing before its prized skin was charred beyond recognition. The crumbed lamb chops at a high-end restaurant in Rome were devoid of any seasoning or accompaniments, as was the Bistecca alla Fiorentina (the toast of Italian fresh meats) at a much celebrated trattoria in Siena. At one dinner in Milan, the Osso Bucco Milanese was so chewy that the city should have disowned it. At an extravagant black-tie dinner I attended in Verona, the entire group of tuxedo-clad millionaires and their stunning dinner dates had praise only for the pudding, a crème brûlée. My platinum card was getting strained, and so was I.

On the other hand, the four good meals I had over a course of 15 days were awe-inspiring: wild boar done five ways at a two-Michelin star restaurant, fried bread with sea salt at another starred restaurant, picci (thick spaghetti) in duck sauce at a small artists café in Rome, and a risotto with Amarone and a side of perfectly cooked horsemeat (an extremely challenging meat to cook). On the whole, however, the cooking at many of the restaurants lacked passion and attention to detail.

Wondering whether we Indians just demand and expect more for what we pay (the Euro showed no impact of the recession, in my experience), I began walking the length and breadth of cities, sneaking into unassuming restaurants in the less glamorous, Italians-only parts of town—and came out empty-handed. I tried the same in villages away from urban centres—no surprises there either. In other words, I found myself doing precisely what I would in India: combing through many layers of mediocrity to find a gem.

Finally, downing another excellent cup of espresso at a café—the coffee, gelato and olive oils were universally faultless—it dawned on me that the real champions of Italian gustatory brilliance, and its consequent rise in popularity the world over, were the cheese-makers, the olive oil companies, the butchers, the bakers, the winemakers, the farmers, the ham-makers and pasta factories. A majority of the restaurants were simply riding on their successes, aided by fabulous settings.

At my final dinner in Rome, where lamb chops were my main course, I addressed my dilemma to my host, the president of a large trade consortium of Italian agricultural producers and winemakers. He seemed unsurprised. “When I was growing up, Italy was a largely agrarian community that believed in sustenance over finesse. Most wines came only in jugs," he said. “The drive for superior quality, movements such as Slow Food are recent phenomena."

Like in India, where deep-rooted culinary cultures are under threat, Italy, too, has witnessed rampant erosion of all things traditional. While industry leaders like my friend are promoting the cause of the producers, local restaurants have so far failed to capitalize on the superior produce in any meaningful way. This explained why Peck, a celebrated gourmet store in Milan, has more excitement in its window than any single menu I saw—and also why Ritu Dalmia of Diva, New Delhi, does a better job with all things Italian than a majority of restaurants in Italy.

In India, we are fortunate enough to have a great deal of depth and variety in ingredients and products. When we can’t grow something, we import it. Increasingly, I find restaurants, and they could be Italian-run, striving to get better or more authentic, with flavours and presentation riding high on their agenda. And service gets better each day, because we are more demanding.

What I had been seeking in Italy was inspired cooking; what I returned with was a taste of unparalleled products. Even the artichokes everywhere came from jars. I couldn’t fault the meals I had at some homes—as I seldom can in India—but then, home cooks aren’t cooking in the restaurants.

u Looking for the best restaurant to eat at in Italy? Your best bet is to tap someone who knows their food. In a strange city, approach a butcher or a big grocer. They will give you fairly accurate directions to places where their products are treated well.

u Avoid frequenting a place where your taxi driver says he likes to eat; there’s almost always a percentage involved.

u So far as ‘Lonely Planet’ and other guidebooks are concerned, they are best used for maps and museums, not to find the way to a sublime food fix.