The award-winning film 'Haraamkhor', on a student's infatuation with her teacher, languishes at the censor board

Writer-director Shlok Sharma is one of an increasing number of beleaguered Indian film-makers caught in the confused and unpredictable net of the Central Board of Film Certification (CBFC). Sharma began work on his debut film Haraamkhor four years ago. It won an award at the MAMI Mumbai Film Festival last year, but it’s now stuck between committees and tribunal—the producers are waiting to screen the film for the revising committee. Meanwhile, Sharma has already finished shooting his second feature film—self-produced and shot entirely on an iPhone.

“I think it will be India’s first iPhone film," he says of the film that stars Shashank Arora, Shweta Tripathi, Nagesh Kukunoor and Mithila Palkar. “It was very important for me to make this second feature and producing it (has given me) control over it, because releasing a film is harder than making it," says the Mumbai boy, who pursued a career in films right after school. Three years later, by 2004, he had landed a job as an assistant to Vishal Bhardwaj for The Blue Umbrella and later, Omkara. He went on to assist Anurag Kashyap in all his films, including 2007’s No Smoking and the two-part Gangs Of Wasseypur. In 2009, Sharma began directing short films, including one on cyber crime for the Mumbai Police.

Disappointment underlines his response to the roadblocks faced by Haraamkhor, his first feature-length film, starring Nawazuddin Siddiqui as a married teacher and Masaan actor Shweta Tripathi as a 15-year-old student infatuated with him.

“It’s such a simple story about the universal emotion of love. The only difference is that I have placed it in an age group and the adult’s profession is of a teacher. But Shyam and Sandhya could be of any age." The idea for the story came from a news clip Sharma saw on TV. “A married schoolteacher had been in a relationship with a student and his wife had blackened both their faces. I combined this report with another tragic story I had heard about a father and his two sons."

Haraamkhor, set in Madhya Pradesh, was shot in Gujarat over 16 days. “But the post-production took time. That phase is cost-intensive. But it’s important to release the film. My producer Guneet (Monga) is also trying," says the 31-year-old. 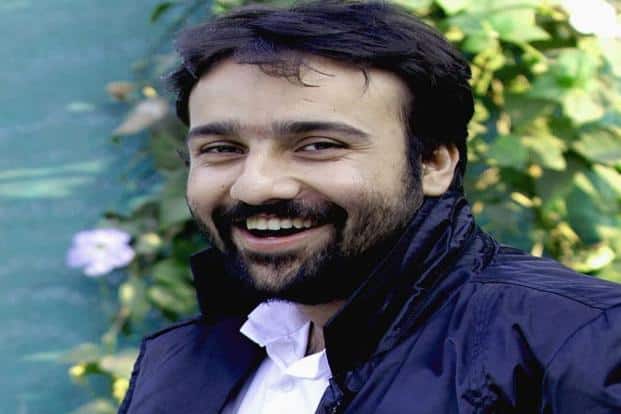 The CBFC committee that saw Haraamkhor found the theme objectionable. “They found it objectionable that teachers are shown in a bad light. But the story is about one man who is not the ideal teacher, and a young girl’s infatuation. The film is not just about one thing. It’s so much more and Shlok (Sharma) has portrayed it very well," says Monga.

The challenge for independent film-makers lies not just in raising funds or finding the right partners to tell a non-traditional story, but also in raising money for the release. “Then we have to explain why we are unable to release as planned. I didn’t see this coming. I thought we would get an A certificate but not that they would refuse to give us a certificate at all. Unlike Udta Punjab, we do not have a machinery working for the film. We are figuring it all out ourselves. We had hoped to release in the next couple of months, but we are now in a loop between the revising committee and the tribunal," says Monga.

Sharma says the last four years have “flashed" past. “But I didn’t make a movie for the journey to end here."

While researching the theme of taboo relationships between students and teachers, Sharma spoke to a lot of people and read up on the subject. These relationships, he gathered, rarely have happy endings. “I mostly heard negative stories of failed relationships and societal stigma. However, in the village where we shot, I heard of a music teacher and his happy marriage to his student. However, even that family had moved out of their village."

While writing his screenplay, Sharma decided to observe Shyam and Sandhya’s relationship from the point of view of two 11-year-old schoolboys watching them from afar. “I didn’t want to show black or white. Even Shyam is not a bad guy. Everyone has his or her circumstances. The script is not judgemental or voyeuristic. It looks at how, when a person gets trapped, it’s sometimes too late to get out of an abusive relationship. The point of view of the two children helps keep the narrative light, with a clear ‘don’t try this at home’ message," adds Sharma.

So how does one stay optimistic in such a scenario?

“It’s not just me, (it’s trying) even for Shweta, whose first film was this, though Masaan released before ours has. She keeps us motivated. As for me, I have made another film in my own way and I want to continue to make and release my films. In the worst-case scenario, we will release Haraamkhor online. A film needs eyeballs—that’s the most important thing."