Suchitra Film Society and Alliance Française de Bangalore are organizing a French film festival. The line-up includes Chicken With Plums (29 June, 7pm), Delicacy (30 June, 7pm), Nobody Else But You (1 July, 4.30pm) and Polisse (1 July, 7pm). All the films have English subtitles.

A screening of Presence—the second short film under the Behind the Tin Sheets project—by Ekta Mittal and Yashaswini Raghunandan. Entry is free, but the film-makers are raising funds to make a feature-length film. The film was shown at La Triennale: Intense Proximity festival, Palais De Tokyo, Paris, and at the Tate Modern, London, in June as part of the Experimenta India: London Indian Film Festival. 18 minutes. 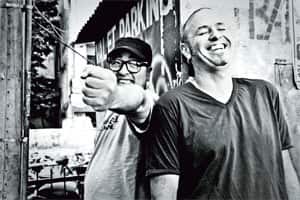 The Vegan Bengaluru group is organizing its monthly potluck at the Jaaga event space. You don’t have to be vegan to attend (you could just be curious about the vegan lifestyle), but you must bring along a 100% vegan dish. Home-made dishes are preferred, but you can bring purchased food (make sure you have an ingredients list along with the food you’ve bought). Your best bet: fresh fruit or fruit juices. Bring along plates, bowls, cutlery and glasses for yourself.

An exhibition on the life and works of the master sculptor and artist, curated by sculptor K.S. Radhakrishnan, who was also a student of Baij. The retrospective includes over 350 works from various important collections, including paintings, drawings, graphics and sculptures, covering about six decades of his artistic journey.

The Hindustani vocalist, a disciple of the musician Ashok Hugganavar, will sing a khayal (vilambit in ektaal and dhrut in teen taal). Following this, she will perform a set of Kannada bhavageete and rangageete, accompanied by Ravindra Katoti on harmonium and Udayraj Karpoor on tabla.

Mumbai-headquartered Pancham Nishad Creatives, an organization with the objective of showcasing India’s rich musical heritage, is hosting Bolava Vitthal’s India tour to celebrate the festival Ashadi Ekadashi with abhangs and bhajans in praise of Lord Vitthal. The Bangalore chapter will feature the singers Anand Bhate, Devaki Pundit and Jayateerth Mevundi, accompanied by Aditya Oke on harmonium, Sai Bankar on tabla, Suryakant Surve on side rhythms, and Prakash Shejwal on pakhawaj.

The Life of Galileo

Suchitra Centre for Film and Drama will present the story of Galileo Galilei, who struggled with the church to prove the Copernican theory of a heliocentric solar system. Director: Prakash Belawadi. Writer: Bertolt Brecht (translated by Wolfgang Sauerlander/Ralph Manheim). 2 hours, 5 minutes.

City-based troupe Ranga Vismaya will present an adaptation of K.P. Poornachandra Tejaswi’s collection of stories Parisarada Kathe. The stories are about the relationship between humans and the environment. The play has been directed and adapted from the original by A.N. Rao Jadhav. 1 hour, 20 minutes.

The Shraddha Dance Center will celebrate its second anniversary with an evening of programmes. Students of the school will first render a group performance which will include a pushpanjali and a mallari. Beginners will follow with a performance of adavus or steps. The main performance will follow right after, with the students performing Jagan Mohanane Krishna, a dance sequence with Nritha Abhinaya and Sanchari Bhava. The evening will end with a performance by students of the Bharatanjali Dance Ensemble headed by Guru Bhanumati.

Watch Kartick (Patrick Sebag) and Gotam (Yotam Agam), creators of the band Business Class Refugees, playing some of their best fusion tracks, blending music from around the world with electronic beats.

Director-writer Divya Palat serves up four one-act comedies about modern relationships. In The Marriage Counsellor, a couple tries to sort out their relationship. A father and daughter discuss where babies come from in The Bleep Talk, and a geek tries to woo the girl of his dreams in Like a Virgin. Palat’s favourite piece is Superstar, in which a thespian and an aspiring actor collide. Cast: Divya Palat, Aditya Hikari, Yudhishtar Urs, Michael Nazareth, Sanket Mhatre, Chaiti Narula, Rashi Mal and Nitasha Malhotra. 1 hour, 20 minutes.

Shubhrajyoti Barat’s Everything Must Go is an adaptation of Arthur Miller’s 1968 play, The Price. The story is about two brothers who are forced to meet after spending decades apart, in the attic of their family home. Adapted by: Vikram Phukan. Cast: Harsh Khurana, Satyajit Sharma, Sheikh Sami Usman, Meneka Arora and Preeti Gupta. 2 hours.

Film-maker Ashish Avikunthak explores death and the possibility of escape from reincarnation in his hour-long, three-channel installation. The exhibition will also include short films. 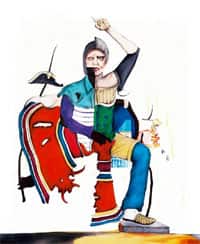 Samved Society for Performing Arts and Kathak dancer Uma Dogra return with the 22nd edition of the annual festival, which gives a platform to talented classical dancers. Among the performers will be Odissi exponent Sanchita Bhattacharya (on 5 July) and Kuchipudi dancer Hithaishy Dhanan (on 6 July). Kadambari Khase, a Mohiniattam dancer, Bharatanatyam dancer Ritwika Ghosh and Kathak dancer V. Anuradha Singh, who performs in the Raigarh ‘gharana’ style, will take the stage on 7 July. Raindrops will feature dancers from Kolkata, Bhopal, Bhubaneswar, Bangalore, New Delhi and Mumbai.

Cynical Love: Life in the Everyday

An exhibition of sculptural installations, prints, photographs, videos and paintings by 18 young artists, including Abhishek Hazra, Gauri Gill, Gigi Scaria, Rohini Devasher and Mithu Sen. Located in the temporary gallery space within the HCL campus in Noida, the exhibition explores the dynamic interface between art and changing technology.

The most direct exploration of this brief is Hazra’s The NadarHeim Museum Rewrites the Abex Canon, with its subversive and satirical undertones. “NadarHeim" is a play on the Guggenheim Museum and “Abex" is a shortening of “abstract expressionism". Gill’s intimate portraits in the Balika Mela series are an entry into the world of young village girls in Rajasthan as they pose for the camera for the first time. In Raqs Media Collective’s The Knots That Bind Are the Knots That Fray, seven digital frames play found footage of the last journey of a defunct ship-building crane leaving an English shipyard on its way for dismantling at an Indian shipyard. Curator: Gayatri Sinha.

30 Days in September, adapted from an English play by Mahesh Dattani, centres around a young woman named Mala who has trouble keeping any of her affairs going for more than a month. Mala’s story—of having been sexually abused by her uncle for years—unfolds gradually in a mix of first-person narratives and fraught conversations with her mother. Director: Arvind Gaur. Writer: Mahesh Dattani. Cast: Asmita Theatre troupe members. 1 hour, 30 minutes.

Moonshine + Caesars Of The Green

Rock on: Psychedelic rock band Moonshine and Delhi-based indie band Caesars Of The Green will play at TLR

Mario Miranda is perhaps best remembered for his cartoons in ‘The Times of India’ and ‘The Illustrated Weekly’—for characters such as the exuberant secretaries Nimbupani and Fonseca—and his fun and tender look at people and daily life in Goa: fishermen, priests, processions and dances. Now the Instituto Cervantes and the embassy of Spain have resurrected a suite of 30 illustrations and cartoons from Miranda’s works on Spain. This is being displayed alongside a collection of 97 works by Ramón Gómez de la Serna, the late Spanish writer-illustrator who was a pioneer of the Spanish avant-garde and Surreal movements. The drawings being exhibited were published as illustrations of Serna’s texts, in the pages of ‘Black and White’. His illustrations are accompanied by his ‘greguerías’—a short, terse form of poetry.

Theatre group Shohan will stage Manbhanjan (A Woman’s Secret), based on a short story by Rabindranath Tagore, written by Ujjwal Chattopadhyay and directed by Anish Ghosh. The play revolves around a young bride, Giribala, who is ignored by her husband Gopinath, whose only passion is visiting the theatre to watch plays featuring the actor Labanga. The play deals with the aspirations of a woman in male-dominated, 19th century Bengali society.

Helmet is a satirical drama by the theatre group Shohan, written by Rajat Ghosh and directed by Anish Ghosh. The play makes the point that an excess of consideration for others can be detrimental not only to social welfare, but push humanity to the brink of disaster. 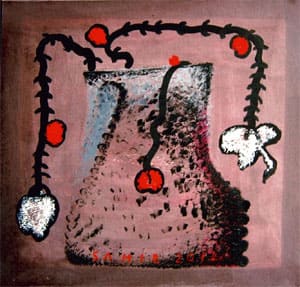 City Chromes: Sculptures and paintings are on show

Works by city-based artists Kuntal Dutta, Soumitra Sengupta and Samir Bhandari and sculptor Som Kumar Deb are on show. Dutta’s watercolours are similar to patachitra and convey the predicament of living in a modern metropolis. Sengupta explores and illustrates city life and contemporary political and social issues through his works in acrylic on paper. Bhandari portrays the grim and murky side of political figures with generous flourishes of red, black and grey. Deb’s installation is strong and insightful, with visual references to the woodcut tradition of painting. The artworks are priced at ₹ 9,000-15,000.

The American Center will screen the 1999 American drama directed by Kimberly Peirce, Boys Don’t Cry. The story is based on actual events and stars Hilary Swank, Chloë Sevigny and Peter Sarsgaard. Brandon Teena is the popular new guy in a tiny Nebraska town. He hangs out with the guys and charms the young women, who’ve never met a more sensitive and considerate young man. Life is good for Brandon, now that he’s one of the guys and dating hometown beauty Lana. However, he’s forgotten to mention one important detail: Brandon Teena was actually born a woman named Teena Brandon. When his best friends find out, Brandon’s life is ripped apart. The screening is for people above 18.

This episode from the Mahabharat is about Yayati’s daughter Madhabi and her beloved Galab, a disciple of Rishi Vishwamitra. When Galab insists on offering ‘guru dakshina’, Vishwamitra demands 800 Ashwamedha horses. Shocked and helpless, Galab contemplates suicide, but Yayati suddenly decides to abdicate the throne and lead the life of an ascetic. The play by the Nandikar theatre group has been adapted by Bhisham Sahni and directed by Swatilekha Sengupta. 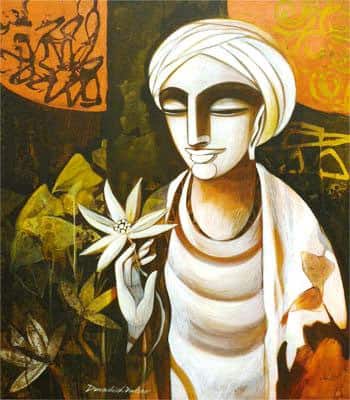 Ever wondered what a clown does when he is depressed? The clown here, played by Vinay Pathak, is depressed because he’s been forced to perform a play and can’t remember even the playwright’s name. Directed by Rajat Kapoor, the play is an adaptation of William Shakespeare’s King Lear, using clown theatre. 1 hour, 20 minutes.

An award-winning film from Korea, this is a tale of two women from the same idyllic island. Banker Hae-won leaves her beautiful but isolated birthplace and moves to Seoul, leaving her childhood friend Bok-nam behind to a life of servitude.

The Magic of Musicals II

The Mellow Circle Choir and the Madras Chamber Orchestra are back with the second edition of The Magic of Musicals. It will include hits by Queen, The Beatles and Whitney Houston.

This year’s line-up has ‘Gapsaa: Fully Loaded’, which centres around a train robbery and is directed by Krishna Kumar Balasubramanian; and the musical ‘Transform! Little Jeep!’, the story of a little fire engine that transforms into a superhero fireman. It’s presented by China’s National Theatre for Children and Japan’s Douke Theatre.

The watercolours by five contemporary artists—Thota Tharrani, J.M.S. Mani, S. Jayaraj, Alphonso Arul Doss and Sowmya Das Gupta—draw attention to the deteriorating quality of water bodies. Organized by the Yacht Club of Hyderabad Sailing Academy in aid of the non-governmental organization Arghyam, the proceeds of this exhibition-cum-sale will give underprivileged children an opportunity to learn the sport of sailing. Prices on request.

Faced with the responsibility of looking after their orphaned niece, two middle-aged sisters, Theresa and Angelica, settle on the idea of impersonating begging nuns in order to send Tania to an art school in Europe. However, they run into double trouble. An agile young cat burglar is about to make off with their ill-gotten gains; and a suspicious policeman follows Theresa home. Presented by Masquerade Youth Theatre, the English play is directed by Harshavardhan Ganesan and Vaidhya M. Sundar.