On the blog Arabic Literature (in English) earlier this year, Iraqi writer Faris Adnon declared, “In contrast to the common belief in the Arab world, poetry has lost its position in Iraqi cultural discourse....However, poetry still has its uses: Political powers need a ‘poet’ in certain ceremonies to generate enthusiasm and gain more supporters. The necessity for a ‘poet’ also still exists within tribal entities and political parties in political gatherings and religious ceremonies that have multiplied in the post-2003 years."

Amal al-Jubouri, in translation by Rebecca Gayle Howell and Husam Qaisi, writes, addressing poetry (or Poetry) directly, like this: “Weighted with shame, you became/Too weak to hold my grief/So heavy my death/Could not hold you,/a slaver trading my memories/bidding my papers to strangers/No/not you".

Adnon’s pronouncement and al-Jubouri’s poetry are not plugged into the same conversation, but al-Jubouri’s blistering book of poetry, Hagar Before The Occupation, Hagar After The Occupation, recently nominated for a 2012 Best Translated Book of the Year award in the US, shows us both how difficult and how vital it is to create poetry in disaster. 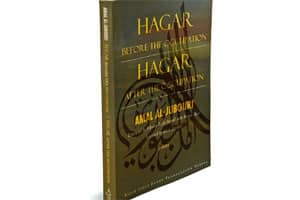 But al-Jubouri’s ambitious project cannot be narrowed down to serve any one point of recent Iraqi history, or any single kind of violence. A poet exiled from Saddam Hussein’s Iraq in 1997, she returned to the country in 2003, lived there through the US-Iraq war, and writes from memory of both eras of brutality in her country. Most of the 60-odd poems in this collection are twinned with each other, each one a small but direct assault, through tone and image, of what went “before" and what came “after" the US invasion.

As Howell explains in her translator’s preface, Arabic verse allows for a certain directness and compression, both of which are qualities that make al-Jubouri’s poetry almost disconcerting in the way they collar the reader. She creates images of great, sometimes sexual physicality: “Uranium for weapons, disarmed/Ammunition for wars to come/A loaf of hot bread/Aching to be eaten,she writes in My Body Before The Occupation.

There is a grim humour at work in many of these, which gives particular weight and definition to the grief running through the pieces. The titular muse of the collection is the Hagar (pronounced ‘Hajr’) of scripture; the wife of Ibrahim who, in exile, runs between the hills of Safa and Marwa, searching for water in the desert. Taken in isolation, the image may seem too direct to make us uncomfortable, but the overall texture of the book is brutal and complicated, developing its own drama as an answer to the hammer blow of war. Al-Jubouri shows us why, and how, poetry can make the things we know fragile, and can destabilize the world even in translation.