As this column winds down towards its announced end a few weeks from now, it’s important (at least in this columnist’s mind) to tie up some loose ends.

One of these has to do with a comic-book series about which this writer has mixed feelings. 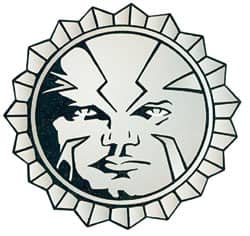 Still, as the author of this series has said, there are thousands of books on the shelf and just this one on philosophy, so why should it bother anyone at all?

The series we are referring to is Promethea, which ran intermittently between 1999 and 2005.

There were 32 issues in all in the series which, unlike several others in the comics business, is complete. The books were republished as a five-volume trade paperback, which is available in several bookstores in India that rashly ordered a huge lot of graphic novels a few years ago and have been unable to find buyers for them. If the philosophy makes this one of this writer’s least favourite works, then there is adequate compensation.

The storytelling and the visual presentation are revolutionary; the plot is metafictional; and the covers are pop art and pastiche (and sometimes imitations of the works of popular artists).

Promethea is the story of a college girl, Sophie Bangs, who discovers that she is, er, a story named Promethea. Promethea is a metafictional character but there are things she can say and do in the real world, which takes the entire suspension of disbelief thing to another level.

The first few books deal with Sophie’s transformation and her discovery of what Promethea can do. The next few books are a voyage of spiritual discovery (and Alan Moore’s own Kabbalah beliefs are evident here). The last book is about the end of it all, where an entire pantheon of characters created by Moore for his imprint America’s Best Comics change. Shorn of its postmodernist and metafictional references (and shorn of Moore’s carefully scattered devices such as billboards and a one-panel comic featuring a weeping gorilla with a different thought blurb each time) Promethea is simply a book about belief.

And that, Dear Readers, made it imperative that it feature in CF. If you hadn’t already noticed, this writer believes in comics.

Write to Sukumar at cultfiction@livemint.com