The Coasters sang some of the funniest songs in the entire rock 'n' roll canon. They are still coasting along.

When a couple of Jewish songwriters, barely out of their teens, struck up a partnership with a quartet of Southern blacks, the result was a body of work that was quite unparalleled in the history of rock ’n’ roll for its wit and inventiveness. 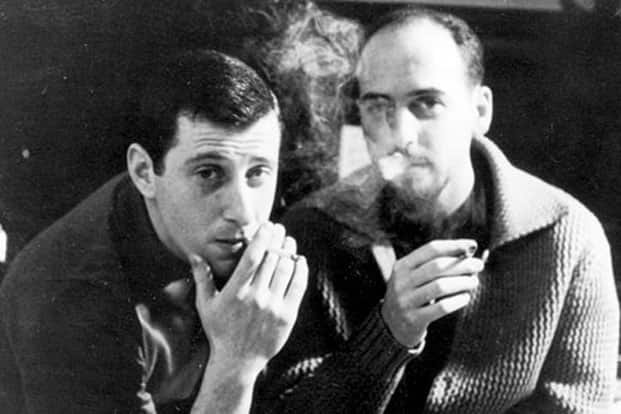 Leiber, who wrote the lyrics, with Stoller providing the music, composed songs that they termed playlets for the Coasters—vignettes dealing with teenagers or the seamier side of life in urban black ghettos. Their songs were peopled by the likes of delinquent teenagers and their irate guardians; strippers and pimps; small-time hustlers hovering in dark alleys; bad detectives; lascivious middle-aged men obsessing over skimpily clad bombshells; and young blacks with a penchant for sharp clothes. 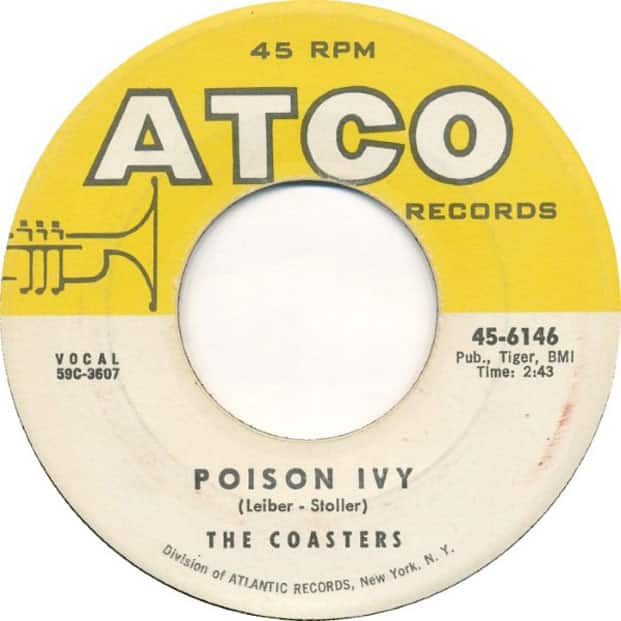 Thanks to Leiber and Stoller, The Coasters became one of the funniest artists ever to wax pop music. That and the universality of many of the song themes struck a chord among white and black teenagers alike, and the group was one of the most successful pop acts in the 1950s with a steady stream of hits.

The Coasters, so named because they were originally from Los Angeles, was born out of another R&B vocal group, The Robins. Leiber-Stoller had written a few hits for them—Riot in Cell Block #9, Smokey Joe’s Café—on their own label, Spark Records. When the duo sold their label in 1955 and planned to move to New York to work as producers for Atlantic Records, they asked Carl Gardner and Bobby Nunn, who sang tenor and bass respectively for The Robins, whether they wanted to tag along. They did, and the original line-up of The Coasters came into being, with Billy Guy (baritone) and Leon Hughes (tenor). 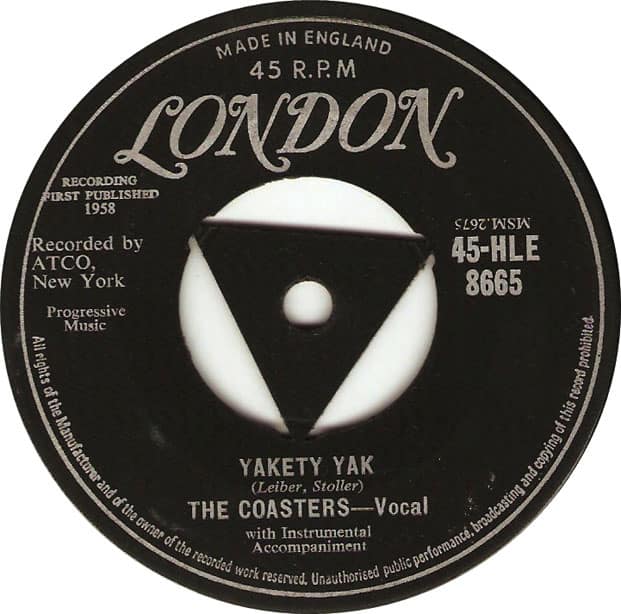 The first single that they released was Down in Mexico, which got a fresh lease of life when filmmaker Quentin Tarantino used it for the soundtrack of his film Death Proof in 2007.

The flip side, Searchin’ was the first of several Coasters songs written by Leiber-Stoller that had a private eye theme, with lead singer Billy Guy name-checking Sherlock Holmes, Sam Spade, Charlie Chan, Bulldog Drummond and others.

Nunn and Hughes quit the group in 1957 and were eventually replaced by Will “Dub" Jones on bass and Cornell Gunter on baritone. This is the classic Coasters line-up that would last until 1961. Leiber and Stoller would write some of their most memorable tunes during this period, including Yakety Yak, That is Rock and Roll, Along Came Jones and Poison Ivy.

Along Came Jones was a send-up of the slew of TV Westerns on American primetime like Gunsmoke and Rawhide. Humorous lyrics were one thing, but it was the pure timing of The Coasters that elevated the song and others into masterpieces of comedic rock ’n’ roll.

King Curtis, who played tenor saxophone on many of these tracks, provided the final ingredient in the mix that makes these songs the classics that they are. His throaty solos provided a blueprint for other rock ’n’ roll saxophonists who followed in his wake. Curtis’ distinctive tone conveys the lasciviousness, irreverence, impertinence and pure joy that pervade The Coasters’ best songs. On a track like Young Blood, about age divide, Leiber-Stoller turned the theme on its head with the song being sung from the point of view of the parents of rock ’n’ roll loving teenagers. And Curtis’ sharp bursts of saxophone convey their displeasure and rebukes far better than any vocals could ever manage to do.

The Coasters’ popularity would travel across the Atlantic to Britain, and several groups would cover their songs including The Beatles and The Rolling Stones. The Beatles’ early repertoire included their versions of Searchin’, Young Blood and Three Cool Cats, while The Stones performed that memorable Coasters tune Poison Ivy about a vixen who offered love and much more, which contained one of Leiber-Stoller’s classic lines: “Gonna need an ocean/Of calamine lotion."

Some of The Coasters’ songs sound dated, if not downright objectionable, now. Times have changed. But when they hit the mark with the aid of Leiber and Stoller, they created songs that would stand the test of time. When Carl Gardner, the last of the classic Coasters’ line-up to be around, died in 2011, it was the end of an era.

Amazingly, the group is still coasting along with newer members, 60 years after its birth.