America has long been addicted to hope. Apart from a couple of rude interruptions—Vietnam, Nixon, and a brief flirtation with Bush Sr’s sour-puss conservatism—Americans have always bet on a rosy future. They fell in love with the promise of Camelot in the 1960s, Ronald Reagan’s feel-good rhetoric in the 1980s, elected the self-described man from Hope, aka Bill Clinton in the 1990s, and spent much of the past decade embracing the delusional optimism of his successor. Hope is what put a black man in the White House. 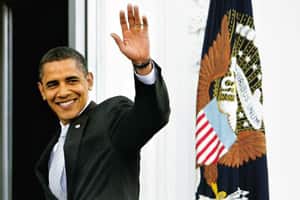 The “magical" premise of positive thinking is that individuals can change their circumstances simply by changing their attitude. In Bright-Sided, Ehrenreich connects the dots between the Laws of Attraction preached by the New Thought Movement in the 19th century, popular self-improvement manuals penned by Norman Vincent Peale, Dale Carnegie, et al, in the 1950s, motivational corporate bibles such as Who Moved My Cheese, and the present-day popularity of The Secret. Thanks to Rhonda Byrne, many of us now believe that we can attract the right mate, job, or car simply by “visualizing" them into our lives.

Delusional optimism is no longer an American affliction, but a global epidemic. Our bookstores are crammed to the gills with editions of The Secret and its sequel. There’s no dearth of management voodoo manuals, be it Robin Sharma’s The Monk Who Sold His Ferrari and Guide to Greatness or the more shamelessly acquisitive I Bought the Monk’s Ferrari by Ravi Subramanian. Subramanian’s book is a home-grown contribution to the prosperity gospel, which expediently conflates material and spiritual well-being: God really, really wants you to be rich. This isn’t exactly news to a nation that worships the goddess of wealth, but Subramanian’s book marks a new low. Have book, but no Ferrari? Then you either didn’t dare to aspire or settled for less than the best. It’s your fault if the lemons—cancer, unemployment, bankruptcy—don’t transform themselves into lemonade.

The feel-good song of 1988 was an infectious jingle based on an expression coined by Meher Baba, one of the swamis du jour back in the 1960s. The music video, coming on the heels of the infamous Black Monday on Wall Street, seemed to hint at a darker reality. Don’t worry, be happy, sings Bobby McFerrin, as a ruined banker jumps off the ledge of his office window. Devotees of The Secret would do well to heed its message: The line between delusion and hope is wafer-thin; we cross it at our peril.