A journey to apocalypse

Christopher Nolan is one of a rare breed of directors, like the great Alfred Hitchcock, who can turn around what’s mass-market, the blockbuster style of film-making, for the sake of his own creative fulfillment. Nolan’s films are never small in a cinematic sense, yet their subjects and treatment can be esoteric, indulgent or beautifully raw. The sterling example of the beautifully raw was The Dark Knight released in 2008. Based on DC Comics’ Batman created by Bob Kane, it was a personal interpretation of the superhero in a style that could challenge the best Hollywood spectacle, without missing the character’s core—produced, directed and co-written by him. It was a relentlessly gloomy version of America, and by extension the new world order. 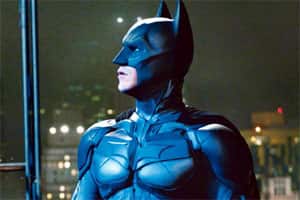 We meet Bruce Wayne at his estate, retired and crippled, at the dim and opulent Wayne estate years after where The Dark Knight ended. Alfred (Caine), his father figure, Man Friday and closest human aide, is with him, urging him to go out into the world, and live as Bruce. Commissioner Gordon (Oldman) wishes the return of Batman when Bane (Tom Hardy), a masked hulk of unadulterated evil, controlling an underground army, threatend to end Gotham City. Bane literally lives deep underground. The habitat of his inmates and prisoners is a giant well with uneven stairs, one of the film’s most beautiful things, and climbing these stairs is a task which signifies a journey to freedom. “You have adopted darkness, I was born in darkness," he tells Batman the first time they meet.

Batman is not ubiquitous in this film. His battle with himself is the most intense, where he questions his will and power. Perhaps this is the closest Batman gets to know himself. His women are still desirable, but distant, because his constant companion and real love is Alfred. Bale is perfectly in control, and his mastering of the character is obvious. The rest of the cast is extremely competent and convincing; this is a brilliant ensemble.

The first hour of The Dark Knight Rises has a slow build-up. The story-telling is somewhat haphazard and the various strands don’t seem to match. Sound design is an impediment to the experience. The background music by Hans Zimmer is more like a chorus than a punctuation to the narrative making the film, overall, loud and jangly. Bane is inaudible in parts, the masked mouth muffles him and to grasp some of his best lines is an effort.

Once the journey to doomsday begins, the film acquires a breathless pace. The frames expand and the action explodes. Gotham City’s impending doom is one of the best visual representations of the worst our society and city can get to. This is when metaphors intermingle with linear action of the story and The Dark Knight Rises becomes an unforgettable pop culture epic.

The Dark Knight Rises released in theatres on Friday

The eponymous boy in Rajan Khosa’s Gattu roams around his village in an oversized shirt. He is illiterate, lives with an uncle who does not exactly make the ideal guardian, and his only dream is to crush the black kite that has killed many others in the sky above this village. He even starts going to school to fulfil his dream. He and those around him discover the real Gattu in the course of days spent in school.

Gattu released in theatres on Friday