Home >Leisure >The importance of being Indian

The importance of being Indian

The importance of being Indian

Whether interpreting life through the Gita or Paulo Coelho, musing about astrology or Western culture, recalling at great length the days of their youth or bemoaning the daze of the young today, Indians love generalizations and simplifications, blithely applying them to reality with the greatest confidence in their own powers of discernment.

Indeed, a caustic mind might say that many Indians are themselves generalizations: a fairly predictable and stable end-product of such cultural and familial inputs as their caste, class and parental personality, unmarked, in many of the spheres that comprise a full human life, by individuation or significant dissent from conventional thought. Indian life, then, is fertile territory for the survey of representative Indian themes— our love of movies, cricket and weddings; our deep immersion in religion and spirituality; our perplexing attitudes towards sex and sanitation; our indifference to sloth and corruption—provided by the 20 contributors of a new anthology, Indian Essentials. 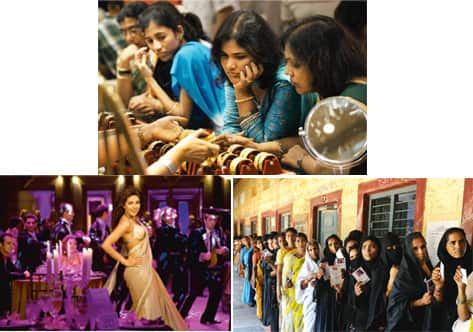 In the best of these pieces, Hum Log, the Sex Log, the writer Samrat (who goes by just the single name) supplies a set of sparkling satirical riffs on Indian sexual culture. Sex, the writer holds, is for Indians a matter of duty towards “family, god and country". We must procreate and are always compulsively trying to increase the tribe, whether in the form of men getting fresh with women on the streets or the endless emotional blackmail suffered by young people about getting married. Sex education in India, as with all other things entrusted to the government, is almost non-existent, but the cause has now been expertly taken up by a group of dedicated NGOs, “comprising friends, older cousins, video CD pirates and the Internet".

Running through B-grade movie halls, the legitimized sexual precocity of child marriage and the origins of our peculiar laws about sex against “the order of nature", Samrat plays his material for laughs while also tracking the many patterns and paradoxes of his subject.

Elsewhere, there is a very competent essay on Indian elections by Vidya Subrahmaniam, an entertaining survey of the peculiarities of the NRI (non-resident Indian) by Sanjay Suri, and a whirlwind tour of the great Indian wedding by writer Namita Gokhale, one in which the writer herself, at 52, is found exploring the prospects of being an Internet bride. 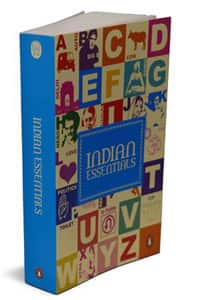 Soumya Bhattacharya’s windy and cloying essay on cricket, Chak De India!, lapses far too often into the easy rhetoric of the “I’m such a fan!" mode suggested by the exclamation mark of the title. Bhattacharya’s very theme is that we are unable to see cricket in a detached spirit, and instead unreasonably make it a symbol of national pride and self-assertion. But his own massive generalizations (“Religion has scarred India more deeply than anything else. Cricket is the balm that heals") only seem like an uncritical duplication of the hysteria and hyperbole that every advertiser and IPL franchisee is trying to whip up. On the 2008 tour of Australia, we learn, the Indian team “showed it could play with bottomless reserves of grit, that while it could be cornered the team could not be written off, that it would neither be bullied nor bowed without battle". This sounds very much like the religious rhetoric, bleached of doubt or difficulty and steeped in heroic praise, that Bhattacharya so disdains.

Meanwhile, in Devdutt Pattanaik’s essay on Indian pilgrimage, any old superstition is affirmed as a manifestation of the divine order. “The story goes," we are told, without details of when and where, that once a child fell into the charity box of a temple. His parents sought to retrieve him, but he was now claimed by the temple authorities as theirs. As the parents went off to contact the police, their bus met with an accident and they were killed. “The devotees concluded this was god’s way of saving the young child," says Pattanaik, and leaves it at that.

Saving the child? Pattanaik has written impressively on many aspects of Hinduism, but this—there seems no more polite way of saying it—is just rubbish. Supposing he himself were to fall into the daan-hundi one day? Far too much of this putative survey of Indian essentials itself exhibits the slackness and banality of the inessential.