From sedition charges against JNU students to Andy Murray's retirement, Lounge takes on the biggest updates of the week

In an emotional press conference last week, Andy Murray announced he would retire from professional tennis. The Scotsman, a three-time Grand Slam winner, has been battling hip problems. Murray said he’d like to go out at Wimbledon, but if he doesn’t last until the summer, then the Australian Open will have been his last Grand Slam (he bowed out in the first round). He got an emotional sendoff in the form of a video with messages from Roger Federer, Rafael Nadal, Novak Djokovic and Caroline Wozniacki. Murray was Britain’s best player in decades and earned the respect of many by standing up for the women’s game. —UB Our daily dal-chawal has finally got global validation, with an important study published on 16 January by the medical journal Lancet propping up the idea of a diet that addresses global health and mortality issues as well as a sustainable future for food production. The study tracked health patterns for over 40 years to study the links between diet, non-communicable diseases and mortality and the obvious indicators favour a high-fibre diet and a drastic reduction in meat and sugar. And it’s not only red meat which is the big culprit. The study suggests restricting the daily consumption of dairy, poultry and eggs and recommends an increase in the intake of vegetables, lentils, pulses, nuts and fruits and whole grains. This would obviously spell a drastic change in protein-heavy Western dietary habits, with hamburgers and steaks being replaced. It means good news for India, with our diverse terroir and wide access to grains, legumes and vegetables as well as a range of cuisines that incorporate these ingredients. It is time we start valuing our indigenous produce rather than looking at the West for cues, and, of course, eat more dal every day. —DK 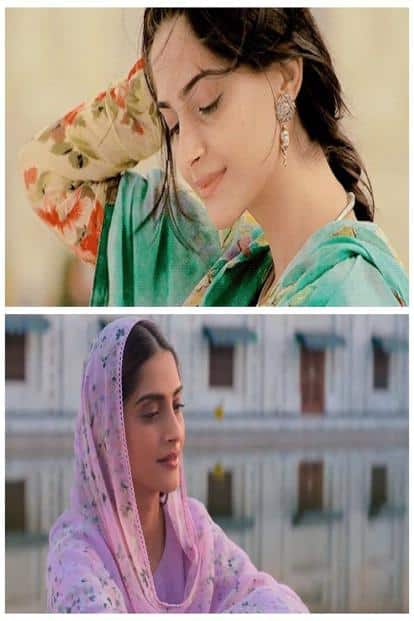 If your social media timeline this week wasn’t flooded with decade-spanning throwback posts, were you even online? Reese Witherspoon, Ellen DeGeneres, and, closer home, Karan Johar and Sonam Kapoor Ahuja were just some of the famous names among a global contingent of digital users hooked to the #10YearChallenge—a hashtag featuring photographs from 2009 adjacent to those from this year—that launched earlier this week. Some, like model and chef Padma Lakshmi, took the challenge a step further and posted pictures 20 years apart—as if 10 years was simply not challenging enough. Others repurposed the hashtag for memes and current affairs (a user posted the stagnant state of Delhi Metro construction). A number of tech writers and web-wary social media users hypothesized that the challenge could be a means of gathering data to train facial recognition algorithms. But the growing count of #10YearChallenge posts—quite often accompanied by a self-love or personal growth caption—suggests that a good selfie opportunity always scores. —SD Targeting students with sedition, yet again

If it’s winter, it must be time for a government crackdown on students. Three years after the death of Dalit student activist Rohith Vemula at the University of Hyderabad and the imprisonment of former Jawaharlal Nehru University union president Kanhaiya Kumar for sedition, the Delhi Police has finally filed a chargesheet in the latter case. The question of the anti-India slogans allegedly shouted at a gathering in JNU in February 2016 is again in the limelight—curiously, just a few months before the general election. While many have alleged that video footage of the event was doctored, the police case is based on it and the eyewitness testimonies of university students—political rivals of Kumar—some guards and members of the faculty. The other thing the chargesheet has brought back to national debate is the relevance of one of the most pernicious holdouts of British colonial law: sedition. Does it have any place in a democracy, and that too to target students with? —BB