Ensconced in her smallish second-floor office in the Communist Party of India (Marxist)’s headquarters, the first woman to be elected to the party’s highest decision-making body makes little effort to fit into any stereotype of Midnight’s Children. “I don’t think having been born in 1947 has really been germane to the way my life has shaped and the choices I have made," declares Brinda Karat, Polit Bureau member, at the outset.

She’s wearing a green sari, offset by a blazing red bindi that covers much of the middle of her forehead, and a warm smile that seems more curious than condescending. 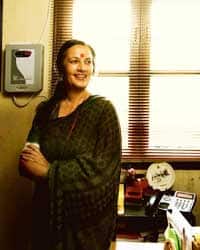 “It was much later, when I turned political, and when Rushdie wrote the novel (Midnight’s Children, 1981), that people started attaching significance to this year," she observes. “It must have been far more significant for my mother (Asrukawna Mitra), who was heavy with a child at the time that India was on the brink of independence. I would have loved to discuss this with her, but I lost her when I was five."

Neither her Bengali mother nor her Punjabi father (Suraj Lall Das, a refugee from the newly-created Pakistan, who held corporate positions in Calcutta) was associated with party politics. But both were considered rebels at the time as they chose to marry outside their respective communities. While her mother’s maternal family was connected with Sri Aurobindo, her mother was an admirer of Subhash Chandra Bose.

None of that directly impacted the young girl who grew up with two sisters and a brother in Calcutta. It was a regular enough childhood, she says, except that her father, a liberal, taught his children to be financially independent.

At 12, she joined The Welham Girls’ School in Dehradun, and later joined New Delhi’s famed college for women, Miranda House. Grace Linell, Devaki Jain and other mentors in these institutions influenced her greatly and helped her prepare for what lay ahead—in London, where she joined Air India in 1967.

That was a time when America was at war with Vietnam and anti-war protests raged across London. “You couldn’t be in London at that time and not be fired by the ideals of the youth," she says, her large eyes lit up with the thought of things past. For, that was also the beginning for her.

Karl Marx entered her life at this time. She embraced his ideas, quit her job, returned to Calcutta and joined the CPM in 1971. If Marx’s writings fired her with the idea of revolution, Jyoti Basu’s rise in West Bengal drew her back to her own country. “Most students had turned Naxalites, but I believed in the CPM. I joined the party even as it was being hounded by the establishment."

Marriage with party colleague Prakash Karat (now the general secretary of the party) followed, in 1975, but she carved out a niche for herself as she headed the party’s women’s wing for a decade, and got elected to the Polit Bureau as well as the Rajya Sabha two years ago.

She believes the information revolution has empowered Indian youth while consumerism has created greater divisions than ever. “On balance, the inequalities overshadow the positive aspects, and the policies of the successive governments are to blame for this. That’s what the country should resolve to address in its 60th anniversary."

Even as the political clearly takes precedence over the personal, she says: “As one grows, health assumes more importance. I have been doing yoga for the last 10 to 12 years, but now I must make sure I am regular."

That will ensure she keeps fighting for the rights of women (single old women, for instance, who, she says, must be given access to affordable retirement homes) and striving to expand the party’s base.