The story of a boy, George, with a secret: She knows that she is actually a girl (Melissa, a name she chooses for herself). Written by Alex Gino, a member of the organization, We Need Diverse Voices, this is a sensitive and moving narrative of a transgender child, and her family, coming to terms with her gender identity. 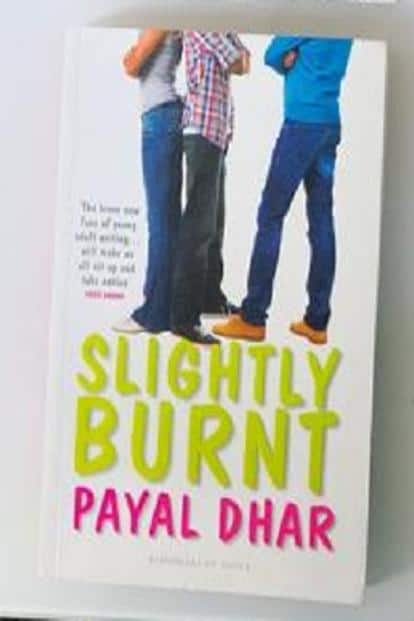 This is a coming-of-age story and a romantic triangle involving two best friends—with a difference. The teenage buddies Komal and Sahil have always shared an easy and open relationship. But suddenly there is something about himself that Sahil can’t—or won’t—tell her because he thinks it would make things awkward between them. A warmly told story about learning to accept differences and conquering the fear of rejection. Talking Of Muskaan: By Himanjali Sankar.

This month, PAN Macmillan is publishing a new book of fiction for adults, Mrs C Remembers by Himanjali Sankar, but this piece focuses on her previous novel, which was shortlisted for the Crossword Award for Children’s Literature. Darker in theme than the previous YA book, the story starts with the suicide bid of the high school student Muskaan. As doctors attempt to save her life, her classmates recount all that led to her slide into depression, from the confusion that Muskaan throws her friends into, to the bullying and meanness that heighten her sense of loneliness.

Beautifully written and illustrated, these vignettes from the life of a boy who grows up queer in a Hindu family in Canada show us the uncomfortable truth of what’s wrong with the way we raise children. The story’s narrator takes readers on an intimate journey from his childhood to adolescence as he confronts the unnatural gender roles rigidly enforced on boys, shame and fear about his sexual urges, even guilt on being sexually assaulted. This is life as it happened before he was set free. The Unboy Boy: By By Richa Jha

Gender stereotyping starts young, and so do inner conflicts. Gagan, the little boy in this picture book, is a gentle, sensitive child, with little interest in “boyish games". And so, he’s the focus of bullying by the “typical" boisterous boys around him. A fabulous rendition of the internal struggles of a boy who doesn’t conform to the traditional ideas of masculine behaviour.