Art and the ever-present past

Art and the ever-present past

The Thinker, that icon of modern sculpture cast exquisitely in bronze by Auguste Rodin, will now be seen leaning solemnly at The Atrium, DLF Emporio mall in New Delhi—for a few days at least. The Marigold Fine Art Gallery, which has organized this travelling exhibition, specializes in showcasing modern and contemporary European art. 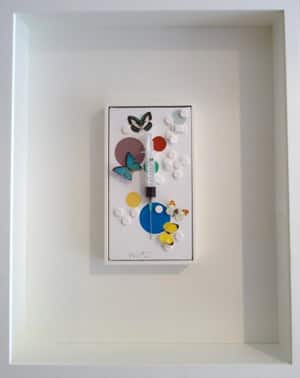 “We are planning to diversify our collection. This is why we are offering such a variety when it comes to the eras that the artists belong to. Also, we have noticed a readily increasing demand for art in India, having sold works by Dali, Picasso and Warhol in the past," says Gaurav Assomull, CEO, Marigold Fine Art Gallery. Marigold was started in 2008. Assomull says his first two shows in India were enormous successes. “We usually manage to sell almost 65-85% of the artworks at each show."

At least three of the artists whose works are featured were no strangers to controversy. For instance, Rodin faced a torrent of criticism against his style. In his masterpieces, such as The Thinker and The Kiss, the Parisian sculptor displayed his mastery of technique, advancing gradually towards the brilliant interweaving of tradition and modernity that The Burghers of Calais now stands for. The Thinker, The Kiss, The Age of Bronze and Eternal Spring are some of the Rodin works that are up for sale at the exhibition. The gallery expects the works to go for Rs15-80 lakh. “Rodin is one of the biggest names in the international art market. Buying him requires an acquired taste, and I am quite confident about selling his works featured here," says Assomull.

Dali, one of the greatest exhibitionists, wedded the brilliance of his surrealistic paintings to a vivacious, carefully cultivated persona which aided his artistic reputation. Controversies only propelled him further up the artistic echelons. The exhibition is showcasing two of Dali’s signed lithographs, expected to fetch Rs4-7 lakh.

Damien Hirst, a name synonymous with the Young British Artists—a group of progressive, controversial contemporary artists who dominated Britain’s art landscape in the 1990s—is one of the most famous living artists. His work possesses the ability to generate shock and awe, and fetches record-breaking prices. Two of his artworks, priced at Rs30-40 lakh, are up for sale.

Lorenzo Quinn, Dganit Blechner and Franck Tordjmann are some of the other names that add different flavours to the exhibition with their own unique styles.

“We are not offering any Razas, Husains or Tyeb Mehtas, names commonly known to the Indian collectors. But everything depends on the way the artwork, the picture has been made, and whether it appeals to someone or not. I’m very sure that all these works will find buyers," says Assomull.

The Masters of European Contemporary Art is on at The Atrium, DLF Emporio, Vasant Kunj, New Delhi, till 3 February, from 11 am-7 pm. The exhibition will travel to Mumbai, where it will be shown at the Villa 39, Colaba, Mumbai, from 13-16 February.