Two Chennai-based comedians, Judy Balan and Kishore Manohar, speak of parodying Bhagat's last book, 'Half Girlfriend', in their own 'Half Boyfriend'

Read the Goodreads reviews for Chetan Bhagat’s Half Girlfriend, and words and phrases like “cringeworthy", “a literary disaster" and “his second worst book"—yes, there’s such a rating scale—will pop up. There were exceptions of course. Some felt for the Hindi-speaking protagonist in love with a girl from an elite Delhi college. Written by two Chennai-based comedians—Judy Balan and Kishore Manohar—this book published by Bloomsbury title-spoofs Bhagat’s 2014 release. The digs are clear from the start. While Bhagat dedicated his book to “rural India" and “the non English-types", Balan and Manohar’s book is for “every woman who has tried to say ‘No’". Half Girlfriend is about a boy from Buxar, Bihar who comes to meet the author. The boy then narrates how he was heckled by “a boy with hair longer than most girls" in a prestigious Delhi University college, the frustrations of being friendzoned by his love interest, due in most part to how he spoke—“90 percent Bihar Hindi, mixed with 10 percent really bad English". These chapters aren’t named, only numbered. But Balan and Manohar give us simplified—reductively funny—chapter synopses as titles, taking digs at both Bhagat’s book and the common portrayals of relationships and marriages that pop culture seem to encourage. For instance: “1. Short Version: Boy meets girl. Once. For one whole minute. Decides she is suitable wife material."

Balan already has three published books under her belt, including Two Fates: The Story of My Divorce, another Chetan Bhagat spoof. This is, however, Manohar’s first attempt at novel writing. The owner of a branding company, he calls himself, amongst other things, a “half author" on his Twitter bio. 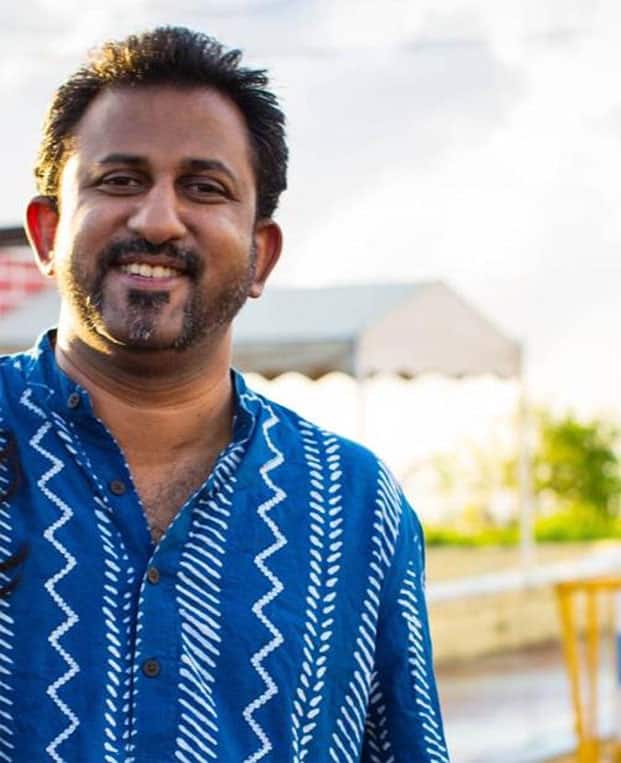 In what would ordinarily be the acknowledgements section—in this case, ‘Not Particularly Thankful To’—you’ve quoted Almost Everyone as having asked you: “How does one co-write a book?" Tell us how it’s done.

Also, Judy, how is this one different from your earlier Bhagat parody? Kishore, given that this is your first book, tell me how you found your own voice, even through parodying someone else’s.

Co-writing a book is fun and frustrating in equal amounts. But at the end of it, it’s really nice to have someone to share your happiness about people sharing posts and pictures. It’s a great way for people like Kishore who have dabbled with comedy writing but are too lazy (to write a whole book on their own) to work with people like Judy, who have worked with people like Kishore in the past but never on a serious comedy project.

Parodies come easy to people with strong opinions, and the secret to this combination was that both writers shared the same views; voice then becomes merely a form of expression.

People rarely have a neutral response to Chetan Bhagat, which makes him an interesting subject for a parody. Chetan Bhagat has opened up the market for writers. He has made more Indians read than anyone of Indian origin (has done before). And today, he is also inspiring people to take up writing books by showing them how easy it can be. Half Boyfriend parodies not just Bhagat, but a ton of Indian cultural quirks. And, as with any half-decent parody, you don’t have to have read the original.

That said, reading Half Boyfriend might get a new category of readers—those who have heard of, but were too hesitant to read Chetan Bhagat—to read his books. And seeing things through the lens of parody/satire really takes the edge off life.

Judy, in an interview you’ve said that in ‘Two Fates’, you’d only parodied Chetan Bhagat’s style. Whereas here, you’re parodying the plot elements too. Tell us more. What in particular have you turned on its head in ‘Half Boyfriend’?

So, Two Fates was a best seller. But the jury is still out on why. Parody? Fan fiction? Misdirection? Brand extension? A helpless nation’s craving for something that would fight this trend from the frontlines? Half Boyfriend leaves no such stone un-thrown. It isn’t just about CB. It’s a takedown of Indian pop culture. It is also a long overdue clarification from Judy’s end: Two Fates was not written in her voice. This one is.

Judy, you’ve also previously talked about the male voice being under-represented in contemporary romantic literature. In the Western context, “chick lit" seems to be synonymous with romantic-comedy, while “lad lit" seems to be more coming-of-age tales? But in India, we have the Durjoy Duttas and the Ravinder Singhs making commercial successes in this space. What do you have to say about these narratives? In this context, what in particular were your problems with (and/or your favourite parts of) ‘Half Girlfriend’?

Ah, there seems to be a misunderstanding. What Judy had actually said was: “The male voice is under represented in romance? All I see are soppy declarations of true love in romance titles by male authors. Almost makes me miss the ‘I’m-too-macho-for-this-shit male voice’."

With that said, the Indian lad-lit (until they come up with a better name for the genre) is begging for intelligent male voices on the lines of Nick Hornby (Samit Basu, hope you’re listening).

Half Girlfriend had a go at English speakers, the rich kids, the pretty girls and the need for relationships that did not conform to popular thought. It used names of places to pigeon-hole stereotypes, coincidences popped up whenever needed... none of this is a problem. Half Girlfriend is quite satirical if one chooses to be positive about it. And it is a style that has brought books into the homes of millions.

However, as Spidey’s (Spiderman) Uncle Ben said: With great power comes great responsibility. And that is where the need for a parody/satire was born.

There’s no denying that parodies and satires are important voices in offering social commentary and critique. What issues do you think you’ve both had to grapple with the most with this project? Could you give some examples and talk about the challenges you faced with regard to making each of these critiques funny?

Just to clear the air: Half Boyfriend is as much social commentary as any TV show or movie that is built on popular Indian culture. Which is not much. It’s a light, fun read and allows readers to pick up the book and read any part of it. It also stimulates Chetan Bhagat-bashing arguments at parties. And the challenge there is to tell people that the ethos behind Half Boyfriend is essentially an eye opener rather than a blinkered writer-basher. The humour came naturally once the storyline was in place.

Be honest, how many times did you both have to read ‘Half Girlfriend’ for research? And how long did the whole project take?

Hahahaha. Okay. So that question actually needs to be flipped. It’s more answerable if you asked how long it took to read Half Girlfriend and how many times we re-read Half Boyfriend. Scanning Half Girlfriend took no time. Reading it in detail lasted our entire writing process. Our focus was to write an entertaining parody, and for that Half Boyfriend had to stand on its own legs. So we put in all the work needed to write a complete book, but being two people actually meant double the impact for half the work.