Hinduism: what you didn’t know

One of the great insights of 20th century historiography—not apprehended at any one moment, but rather acquiring weight as a slowly developing process—is that history is far more multivocal than previously acknowledged, that what is absent in texts and sources is just as significant as what is present, and that complex mechanisms of dialogue, influence and reaction are more likely to have influenced the course of the past than the actions of a few great and powerful men. The Indian historian D.D. Kosambi thought it necessary to ask not just who was king at a particular moment in time, but who among the people had a plough. 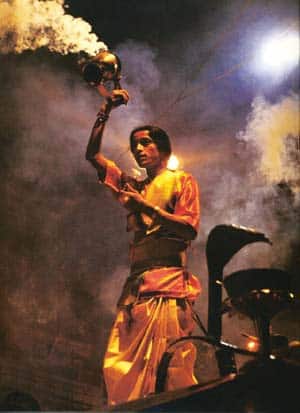 The implications of this approach for the history of Hinduism—which has always been a multivalent story anyway, with a past much more dense and mysterious than most other world religions, without the anchorage of a central holy book, with many variants among its texts and epics— are enormous. But perhaps the most successful expression of this method of studying history—of a theoretical approach fully realized in a mass of rigorously excavated and thoughtfully interpreted details—arrives only now, in the Indologist Wendy Doniger’s magnum opus The Hindus: An Alternative History.

Doniger has been in the field of Hinduism studies for about half a century, has produced acclaimed translations of texts such as the Rig Veda and the Manusmriti, and written a number of studies about the place of myth, politics and sex in Hindu thought and lore. To use her own homely image, she has “laboured all my life in the paddy fields of Sanskrit". The Hindus, which expands and develops a course on Hinduism she has been teaching at the University of Chicago for many years, is an attempt “to bring in more actors, and more stories" upon the stage of Hinduism than one could if one went by the Sanskritic, Brahmanical, male-dominated story that has flexed its muscles across the span of history. The words and works of marginalized actors, such as women and lower castes, are given greater dignity in Doniger’s narration.

A mass of fascinating detail is expertly synthesized in Doniger’s narration, which stretches all the way from the Indus Valley civilization to the antithetical Hinduism of Gandhi and Golwalkar (indeed, one of the book’s few weaknesses is a less than satisfactory survey of the currents and drift of Hindu life post-1950, as if all the trawling through the depths of history had tired Doniger out). There are fascinating meditations on various triads and quartets in Hindu thought (for instance, the relationship between dharma, artha and kama, or piety, material success and sensual pleasure), and a long-running attention to the place of animals such as monkeys, cows and horses in Hindu life and Hindu stories. If you want to know why Ram, although supposedly an avatar of Vishnu, often seems to forget in the Ramayan that he is actually a god, or why the Shakuntala of Kalidas’ famous play by the same name is a much weaker figure than the Shakuntala of the Mahabharat, or how the compassion of Yudhisthir, a fictional figure, may have influenced the compassion of Ashok, a historical figure, or whether Raja Rammohun Roy was the first Hindu to use the word “Hinduism", it’s all there in Doniger. 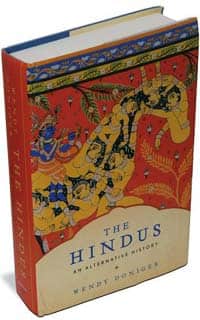 One of the refreshing aspects of Doniger’s book is her willingness to cede authority as much as to claim it. Where an interpretation of an event is disputed, she is quite happy to lay out the alternatives; where she subscribes to a particular position, she is happy to include the criticisms made of it. In a way, this foregrounds the way that historical narrative—which, after all, is necessarily interpretation as much as it is fact—is developed through debate and a scholarly give-and-take.

Again, although her scholarship is rigorously historical, she is not above chancing the odd violently funny and stridently incongruous remark. I laughed aloud on reading her parenthetical observation, when telling the story of Sita captivated by a jewel-encrusted deer sent as bait by Ravan, “that the princess in exile is delighted to find that Tiffany’s has a branch in the forest", or that Emperor Ashok’s contorted hedging on the subject of non-violence “is the expression of a man who finds himself between a rock edict and a hard place". This tremendously spirited, agile and learned book should be the standard history of Hinduism for many years to come.