Thanks for Visiting Mint
You seem to have an Ad Blocker on. Please turn it off in order to continue, or whitelist Mint
HOW TO TURN OFF AD BLOCKER
OR
REFRESH IF YOU ALREADY TURNED OFF THE AD BLOCKER
Home >Mint-lounge >Play it safe

Austin, Texas: In late October, an infographic started making the rounds on tech and media blogs. It showed, in alarmingly cute detail, the ways that people are foolishly posting enough personal information online to give burglars an invitation to steal their stuff. 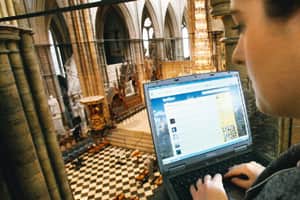 Net-smart: Be careful about how much information you post online, and when.

Your first red flag: The burglar data was based on a survey in England of 50 ex-thieves (or so they say!). I don't know about you, but I'm always going to take with a Hope Diamond-sized grain of salt the results of a survey filled out by blokes who used to break into people's homes and steal things.

Let's not blame Credit Sesame though. When reached for comment, the company said it drew the data from sources such as MetLife Auto and Home and the Federal Bureau of Investigation’s crime data. A spokesman said it's not really the focus of their business and that security professionals and law enforcement officials might be better suited to talk about the issue.

The thing is, whatever the real numbers are and however overblown the issue might sound, the infographic had a point. We have been too lax about what we post online. We do put ourselves at risk every time we tell everyone on Twitter (and, by extension, the entire Internet) that we've left home and are getting on a plane.

Nobody's learnt the lesson imparted in early 2010 by the website PleaseRobMe.com (now inactive), which scraped publicly available information from Twitter and Foursquare and made an easy-to-skim feed ostensibly telling criminals whom to target. The creators of that site went on to say it should be a lesson for everyone on how much privacy we’ve given up.

What's surprising isn’t that you’re at risk, it's that the rise of social media and always-on mobile Internet hasn’t yet created an apocalyptic crime wave. I mean, that's not what’s happening, right?

“No," said Dennis Farris, a senior officer with the Austin police department. But, he said, people seem to be forgetting simple common sense when they post this kind of stuff online, even when the information is supposedly only being shared with friends and family.

“It’s not a very good idea," Farris said. “It’s just not a smart thing to do. Even with the best security out there, your Facebook account could be hacked by anybody." He said that while there hasn't been a rash of connected incidents in Austin attributed to posting whereabouts online, he anticipates that criminals are using online tools the way they used to skim newspaper obituaries to see when family members would be attending funerals.

So what can you do to protect yourself?

Limit your visibility. As Farris says, no social media account, blog or email is totally secure, but you can at least tweak your setting to either take your account private or set a more limited group for who can see your online posts. For anything personal, letting everyone see everything you post can be a bad idea.

Check out on the check-in. If you use location apps like Foursquare or Facebook Places, you could check in on your way out of a location, as you're about to leave for home, instead of when you arrive. I've had social-media-savvy women tell me they do this to avoid potential stalkers and creeps.

De-geotag yourself. Photo-editing tools and photo websites offer the option to “geotag" photos, embedding location data into pictures. Disable this option, especially if you take photos at home and plan to post them online. You should also disable location information if you're posting to sites like Twitter or Google Plus at home.

Consider a home security webcam. The technology for always-on, Internet-connected home-security cameras is now so cheap you can get a decent remote eye on your living room for under $100 (around ₹ 5,300). Companies like D-Link and Cisco make webcams that allow you to see what’s going on at home while you're travelling, and some even give you a live feed on a mobile phone or tablet.

Just don't do it. It's tempting to let online friends know you just swam with dolphins in Hawaii or that you met Robert De Niro while dining out in Little Italy the moment it happens, but unless you're confident your home is secure, think twice. Consider waiting to post about it once you're back home.

Tweeting about your recent burglary would be a lot less fun.