The man who first described economics as a dismal science was a defender of the slave trade. Thomas Carlyle, an English historian and writer in the 19th century, claimed that slavery was a superior institution to the market, and that the liberation of slaves in the Caribbean islands had led to the moral decline of “the Negroes". He was attacked by economists such as John Stuart Mill for this bizarre argument. Adam Smith had written much earlier about the common humanity of the street porter and the philosopher. 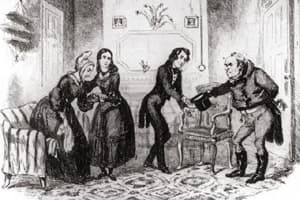 Nasar starts her story with Charles Dickens rather than Adam Smith. “Political economy is a mere skeleton unless it has a little human covering and filling out," Dickens wrote in the first issue of a magazine he edited. “A little human bloom upon it, and a little human warmth in it." It was a call to humanize economics.

Dickens was writing at a time when economists took a dim view of human progress. The clergyman Thomas Malthus believed that extreme poverty was the inevitable situation of “nine parts in ten of the whole human race". The sexual drive was at fault, said Malthus, as mindless procreation would ensure that the human population would tend to outstrip available food supply, with disease and famine helping to correct the imbalance. It was this dire prognosis that earned economics the moniker of being a dismal science. The economic historian James Henderson has argued that A Christmas Carol, the famous moral tale written by Dickens, with its descriptions of abundant food, is an attack on Malthus. The Industrial Revolution had shown glimpses of a better future, though there was little historical reason to believe that societies could escape the poverty trap. Karl Marx and Friedrich Engels predicted that capitalism would inevitably push workers into penury and the entire economic system would collapse in a heap. Engels comes across better than Marx in Nasar’s book. Marx, it seems, wrote about the horrors of industrial life without even once seeing the inside of a factory. He lived in London not too far away from two outstanding thinkers: Charles Darwin and George Eliot. He never bothered to either meet or correspond with them.

The Victorian economist Alfred Marshall argued that living standards could increase because of higher productivity. His detailed statistical work also showed that the share of labour income in national output was increasing in Europe. A visit to the US gave Marshall first-hand experience of the transformational thrust of a society that embraced technology and innovation. The colourful Joseph Schumpeter put entrepreneurs at the heart of the process of technological innovation. Irving Fisher was one of the first economists to point out how management of money and credit was essential for a stable economy. John Maynard Keynes revolutionized economics after the crisis of the 1930s; he not only invented modern macroeconomics, or the economics of output as a whole, but also helped the creation of new institutions such as the International Monetary Fund and the World Bank at the end of World War II. 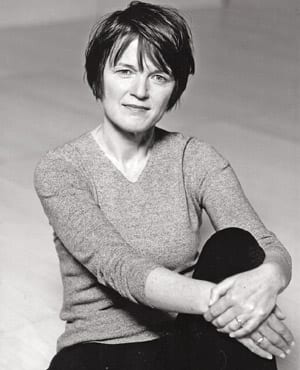 Nasar tells her tale in an engaging fashion. However, her detailed narratives about the lives of her subjects and the times they lived in are not balanced by information about their intellectual contributions. A similar imbalance worked in the case of the Nash biography for a particular reason. Nash earned his fame from one brilliant paper that revolutionized game theory. His battles with his inner demons were extraordinary. The narrative trick works less effectively when used to write about economic thinkers who had several contributions to their field and whose lives were, though interesting in their own way, less complex than Nash’s.

For example, Joan Robinson, Keynes’ star disciple, was more than just a defender of dictators such as Mao and Kim Il Sung. To be sure, she will for long be remembered for her extraordinary prediction that North Korea would do better as an economy than South Korea. But this was also a woman who should have won the Nobel Prize for her contributions to theoretical economics, a fact that even Milton Friedman, her ideological opponent, once publicly said. The entire chapter on Robinson does not even mention the famous Cambridge Capital Controversies, between the economists at Cambridge University in the UK led by Robinson and Piero Sraffa, and the Massachusetts Institute of Technology in the US.

Amartya Sen was one of Robinson’s favourite pupils, though when he began to get interested in ethics, she acerbically advised him to “give up all this rubbish". Nasar finishes her book with his pen portrait. Though Sen is undoubtedly a giant, it is odd that Paul Samuelson and he are the only modern economists to get a chapter on their own.

Nasar has taken on a giant task. The result is at once commendable and disappointing.

For long I have been walking along

This corridor, but I never reach my room.

This corridor is the equatorial line

round which one goes on and on,

the scorching Sahara one can

I know I have a room somewhere.

A real friend I have never seen and

a real poem I have never written

are awaiting me there.

I ask the passers-by: ‘Where does this

corridor lead?’ They do not know.

They too are looking for their rooms—

though they do not have the key

to open their rooms even if they find them.