The untold story of a sport

The untold story of a sport

Indian badminton followers had something to cheer about in 2011 apart from Saina Nehwal’s performance at the BWF World Superseries Finals in Liu Zhou, China, last week. A biography of her coach, Pullela Gopi Chand, was released this month, becoming one of the few books in a sport starved of literature. 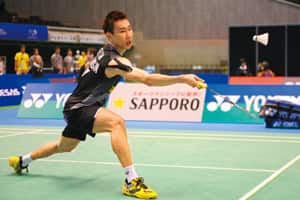 Chronicler: World No. 1 Lee Chong Wei will soon release his English autobiography, Dare to Be a Champion. By Koki Nagahama/Getty Images

Among the many oddities of badminton, the most peculiar should be the literature associated with it. In the 150-odd years of the sport, the number of biographies on badminton players, in English, adds up to a grand total of three.

How important is a sport’s literature? Isn’t sport about playing on the field?

By the same token, why is it that Rod Laver, Jimmy Connors and Björn Borg are better known than Erland Kops, Rudy Hartono and Dave Freeman? On any scale—athleticism, skill, accomplishment—Kops, Hartono and Freeman would measure up to Laver, Connors or Borg. Why is it that we know so little of them?

Of the many mediums through which a sport becomes popular, the role of literature is perhaps the most ignored. Those who have never seen Lance Armstrong cycle—indeed, even those who know nothing of the Tour de France—know him through his best-selling autobiography It’s Not about the Bike: My Journey Back to Life.

Biography: Pullela Gopi Chand—The World Beneath His Feat was released earlier this month

While TV is frequently seen as a culprit by writers, administrators and officials, the argument doesn’t go the full distance. Television began to matter only in the 1970s, but literature in most sports had evolved long before that—the first heavyweight boxing champion, John L. Sullivan, wrote his autobiography, Reminiscences of a 19th Century Gladiator, in 1892. The only books consistently published on badminton were how-to-play guides, writings on its history, or encylopaedias by the renowned writer Pat Davis.

Most writers—including prolific ones like George Thomas, Ken Davidson, Jake Downey and Herbert Scheele—tended to be ex-players or officials who wanted to propagate techniques or comment on issues. Thomas and Scheele were editors of the highly regarded journal Badminton Gazette, while Downey was an England national team coach who produced several coaching books and videos. It’s a mystery why none of them turned to writing about the personalities or events of the game.

“There are few biographies and I do not know the reason why," says Bill Andrew, chairman of the Badminton Museum committee in Milton Keynes, near London. The museum is one of its kind, housing badminton memorabilia, artefacts and published writings on the game. “There are numerous books written by old players but these are mainly concerned with coaching. We have accounts of players’ careers, especially in the old gazettes, but these are usually only one or two pages long."

Until the 1980s, administrators were obsessed with maintaining “amateur" status for players, which meant that all those involved with the game did not look at it as anything more than a glorified pastime, and writers did not look at a badminton match with the same wonderment with which they treated boxing, for instance. The game began to turn professional in the early 1980s, with prize money and sponsorships, and this is when England’s fortunes on the court too slid. Apart from one mixed doubles pair, England hasn’t had a winner at the All England, in any of the other four events since 1981. In singles, the record is even worse—the last English men’s singles winner was in 1938, and in women’s singles, 1978. The dominance of notoriously uncommunicative Asian players has not helped the sport build personalities—to this day, the press finds it hard to convince top players to speak a few words after winning major events.

The first biography of a badminton player was on English player Gillian Gilks by David Hunn (Gillian Gilks: A Life of Badminton) in 1981 (one could mention the biography of Kitty Godfree—Kitty Godfree: Lady of a Golden Age by Geoffrey Green, 1987—an All England and Wimbledon champion, but the book focuses on her tennis career). It took over 30 years for the next badminton book to be written—Touch Play, a biography of former All England champion Prakash Padukone by this writer in 2006. This year two more badminton books were released, both by Indian authors. Courting Success: Icons of Indian Badminton by Shirish Nadkarni is a collection of biographical essays on the legends of Indian badminton; Pullela Gopi Chand: The World Beneath His Feat is by Sanjay Sharma and Shachi S. Sharma.

The only autobiography in English that we know of is Badminton: A Champion’s Way (1969) by Judy Hashman, the American-British winner of 10 singles titles at the All England. The number of biographical accounts isn’t that great in non-English languages either. We do not know if the Chinese have written on their accomplished players, but the scene is bleak in Malaysia, Indonesia and the rest of the badminton-playing world. Denmark has two biographies: on seven-time All England winner Erland Kops and 1999 world champion Camilla Martin (Camilla Martin: Frankly by Lars Werge, 2003). Indonesia has always been a badminton power but has only three biographies: on Rudy Hartono, Liem Swie King and Taufik Hidayat. Indian great Nandu Natekar wrote a memoir in Marathi (Kreedagatha) a few years ago. The one English book that is due to hit the market soon is World No. 1 Lee Chong Wei’s autobiography Dare to Be a Champion.

Badminton has a treasure trove of stories waiting to be written, on its past and its present. The sport has its icons—whether or not they are recognized as such by television, they are stories worth recounting.